Rushanthi Kesunathan
Contributed to The Globe and Mail
Published August 25, 2019 Updated August 23, 2019
Comments
Please log in to listen to this story. Also available in French and Mandarin. Log In Create Free Account

By the time I was 17 years old, I had moved more than twice as many times as the average teen – between five cities, six schools and six homes.

Today, I’m a 28-year-old straggler. I’m currently unemployed, I’ve dropped out of three college programs and my parents pay for the majority of things I own.

Growing up, I wanted what most people want for themselves: confidence, independence and a successful career. Instead, I failed multiple high school and college courses because I felt too anxious about presentations. I live in my parents’ home, and though I’ve helped with bills occasionally, I’ve never made enough money to sustain myself. My father supports me when it should be other way around – he is 70 and still not retired. Meanwhile, many of my friends and cousins – some even younger than myself – are graduates who are now working and planning their weddings.

For a long time, I took for granted that this outcome was my fault. But after years of reflection and research, I’ve since changed my mind.

Now, I believe that if I had stayed in one home and school I could have been as successful as I had imagined when I was young – and as successful as many of my peers. Each move, though, was a setback to these childhood dreams.

And while some children thrive in ever-changing environments, learning to adapt to new situations and make friends more easily, I didn’t. Every move took a toll on my confidence – eventually, that first-day-of-school feeling never left me. Moving also meant that I was thrown into different curriculums, with sometimes very different approaches to education, pushing me further and further behind in my classes until catching up felt impossible.

I remember each move vividly.

I was eight years old and Sri Lanka was in the midst of a civil war. Sensing there was no future for my sisters and me there, my dad moved my mom, two older siblings and me to Canada. Like most Tamil men of his generation, my father mostly lived the stoic ideal. He is the breadwinner of our family, the rock against which the family can lean. His import and export business is based in Colombo so he didn’t come with us. Instead, he chose to visit every few months.

In December, 1998, I stepped through the doors at Toronto’s Pearson Airport to see the thrilled faces of my aunt, uncle and two cousins who already lived here. Aunty zipped me into an oversized checkered black-and-green jacket, and I rushed out of the airport to feel winter weather for the first time. “Look at the smoke coming out of my mouth!” I told my mother in Tamil.

The next four years would easily become my favourite memories as a child. I even dabbled in writing – I wrote my very first story in the Scarborough apartment we moved into. “The Magic Carpet” was about a bored and adventurous child who makes a wish to travel on a flying carpet.

My Grade 2 classmates were nice enough and I hardly spent recess alone. All my teachers were the kind you could run up to and hug. I maintained my grades, and learned some karate and some basic swimming. I majored in tomboy. I felt hurt when one of my sisters was bullied, but also relished the moments when my other sister bullied the bullies. I went fishing for the first time on a school field trip and remember feeling amused when a classmate swallowed live worms.

But then, things changed again. We moved from Scarborough to Mississauga, then to Peterborough, Ont. Four homes, four schools and three cities in a span of four years. And each move was my ambitious father’s idea.

When he no longer wanted us living in an apartment, he bought us a house in Mississauga. Because my mother is a homemaker, we depended on our father’s income, who often sent us money every month. Problem.

So, he bought a grocery store in Peterborough. Problem solved.

And we moved, again.

But the store in Peterborough wasn’t successful and, in the summer of 2002, just before my 12th birthday I moved again. This time approximately 14,006 kilometres away, back to Colombo.

I was sad to say goodbye to the friends I had spent the previous year obsessing over Digimon and Pokémon with, and the peers I’d spent so many lunch hours trapped in detention with. I had begun to feel comfortable.

Still, I was excited – I was going home. I had cousins waiting for me and authentic Sri Lankan cuisine to dive back into. School was going to be amazing, I thought, because now I had a killer Canadian accent and would be considered a foreigner. How could my future classmates resist me?

But the joke was on me. While Canadian schools generally focus on holistic education, my new school in Sri Lanka emphasized grades.

I was suddenly expected to adapt to a brand-new work ethic and teaching style in Sri Lanka. My mother hired tutors, but my grades plummeted and I failed Grade 6. I ranked at the bottom of the class for the next five years. It didn’t help that I had to share my poor grades in front of my classmates – the norm in Sri Lankan schools. It was humiliating and I slowly became timid.

And while I eventually found a circle of friends, school never got easy and its humiliations didn’t stop. A new itch began to develop. I wanted to leave Colombo and start over some place where no one knew about my rankings and my failures.

I got my wish and, just before my 17th birthday, we returned to Canada. My sisters were ready for postsecondary and my parents hoped we could study at Canadian universities. We rented out a basement for two months, then a condo, and a year later, a house, which is currently where I live. But this time, we stayed in one city and one school.

In Canada, some of my grades improved and my parents wanted me to become a doctor, but the effects of the past decade were crushing. I didn’t have the work ethic or test scores for medical school.

I stayed back a year in high school and when I got too old to continue, I started classes at an adult school. I enrolled in several university level courses, flunked some and barely passed others. I tried for my parents, only to fail.

When I’d finally came to accept that university wasn’t a path for me, my parents encouraged me to start college. Get into any program, get your foot in the door Rushi, they said. I was now 21 years old. At college, I transferred through three programs and three campuses. When one college couldn’t have me any more, I tried another and I failed there, too.

I was embarrassed. Everyone around me was succeeding. I thought about ending my life, but what if I failed at that, too? I told myself I would fly to another country and start fresh.

Was I running away from hard work and any sense of responsibility? It felt easier somehow to fail and leave than to try harder. Somewhere along the way I began to believe that every time I messed up, I could start fresh with a new move – I never learned to make things work because I never had to.

While I don’t fault my father entirely, I wish there had been more handholding throughout each move. But I believe he didn’t know how to help. My family, like many from the region, doesn’t believe in support through transitions, in counselling.

It has been 20 years since my initial move to Canada from Sri Lanka. I’ve just graduated from a journalism program at my third college. I pushed through because of my parents. They’re the hardest-working people I know. My father is still working in Sri Lanka. While my mother has worn herself out chauffeuring and comforting me.

I’m also thankful to the teachers who refused to give up on me and reminded me that I had way more potential than I let on. You have to work harder, they would say. It just took me a while to realize this.

There are still times where I feel like quitting, packing up and going somewhere new, but I’ve decided to stay and try.

I’ve met a lot of people in my life through constant moving, not all of them have remained, but all have somehow helped shape me into who I am right now. I’m not afraid to raise my hand in class any more, or to speak up when need be, or to even write part two of “The Magic Carpet.”

Opinion
Canada no longer has a design museum. That’s a blueprint for failure
August 23, 2019 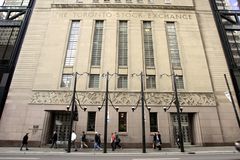 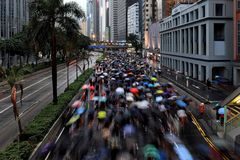 Opinion
Fluoride won’t make you dumber, but the ‘debate’ about its safety might
August 22, 2019 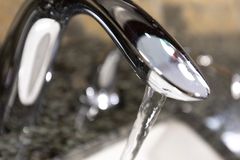