Times Wang is a lawyer from Montreal living in the United States. Ti-Anna Wang is a graduate of McGill University Faculty of Law who will be called to the Ontario Bar this month.

When Huawei chief financial officer Meng Wanzhou’s extradition hearing takes place this week, the outcome will be decided by an impartial judge, based on the facts and the law, and free of the pernicious influence of politics. As such, one winner is sure to emerge: the very principle of the rule of law itself. And, as a matter of geopolitics, the Trudeau government would do well to emphasize this fact as publicly and forcefully as it possibly can.

We speak from hard-won experience. Our father is Dr. Wang Bingzhang, the McGill-educated pro-democracy activist who is nearing two decades in Chinese prison. In our efforts to free him, we’ve learned that the only way to guarantee victory when your opponent is as powerful a bully as the Chinese Communist Party (CCP) is to not just hold fast to your principles, but to broadcast them – especially when you know people are listening.

The reasons boil down to this: The nature of the CCP, combined with its international might, means that nothing short of near-total capitulation to its will can assure the release of people like our father, or of the two hostages taken by it, Michael Kovrig and Michael Spavor. In our father’s case, that would mean, among other things, confessing to absurd crimes that other governments have already exonerated him of, as well as, on our part, staying silent.

Yet, release on such terms would be no victory for us; indeed, for our father, it would be worse than dying in prison. It would, however, be a victory for the CCP, which is eager to prove that its opponents are engaging in empty rhetoric when they talk about freedom, democracy, the rule of law and human rights, and that what everyone really cares about in the end is money and power. Against such cynicism, the surest way to win is to live in a way that proves otherwise. One example of doing so comes from our father himself.

We are both part of the legal world, and on a visit last year, in discussing the Meng affair, he suggested that we try to join her defence team.

Some in the Chinese pro-democracy community were confused because they equated defending Ms. Meng with siding with the CCP. But others understood that there could be no truer demonstration of one’s commitment to principles such as human rights and the rule of law than to uphold them, even when doing so would benefit your erstwhile enemy. Indeed, as our father has emphasized in the past, when the CCP eventually falls, protecting the human rights of the departing officials will be of paramount importance.

Canadians not only understand this intuitively, but, in the Meng affair, have been putting it into practice. Despite the two Michaels not even being allowed access to a lawyer, few Canadians would advocate treating Ms. Meng the same way, much less increasing the harshness of the conditions of her comparatively relaxed confinement to match what China has done. Indeed, throughout her pretrial proceedings, she has been enjoying the full panoply of protections afforded to her under the Canadian Charter of Rights and Freedoms. She even stands a chance of freedom, based on an argument that her extradition would violate those rights.

Meanwhile, both the CCP and the people it rules will be watching the proceedings closely. The Trudeau government should take advantage of this by loudly and proudly celebrating the principles that animate those proceedings at every possible opportunity, in public and in private.

Doing so will highlight to the Chinese people China’s lack of the rule of law under the CCP, thereby making life difficult for Communist Party propagandists. More importantly, it will serve as a powerful statement that Canada rejects the CCP’s cynical approach to statecraft, and as an urgent reminder to the world of what’s at stake should that approach spread.

As for Ms. Meng’s case, if she can substantiate her claims about her rights being violated, we hope and trust she will prevail. Regardless of the outcome, we are proud of the way she has been treated by the Canadian government thus far, and we look forward to the day when people in China can enjoy such treatment themselves. 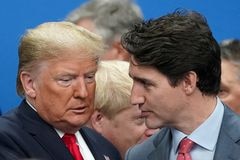 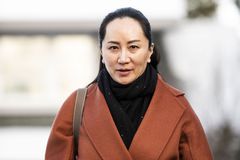 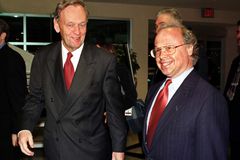