Less than two weeks before sharing a stage with Steve Bannon at the Munk Debates in Toronto – with hordes of protesters tangling with cops and hectoring ticket-holders who were standing in line – David Frum sat on a stage in the Los Angeles Convention Centre for another, equally testy, glimpse of the state of political discourse and debate in 2018.

The Canadian-born political commentator was here for the fourth-annual Los Angeles-based Politicon convention, which corralled speakers from left, right and centre under one roof – some shrill and extreme, some considered restrained by comparison. Throughout the two-day convention, hecklers had to be shushed, panelists raised their voices and shoved fingers in faces, boos and finger-whistles erupted as a matter of course, audience mike time devolved into tirades, and panelists hurled schoolyard epithets. It was as though Twitter, through some dark magic, had leaped from our phones to the real world. As if to suggest that blowtorch rhetoric was expected, the disclaimer on the Politicon site laid it out: “We also ask that you be courteous and respectful of all other patrons, moderators and talent at the event. Facility/event management reserves the right to deny entry or eject patrons for displaying inappropriate behavior…”

Mr. Frum was sitting on a panel called The Deep State, where discussion involved both sides of the Trump/Russian-collusion argument, and whether a foreign government meddled in the 2016 U.S. election. What I expected would be an engaging debate devolved into bickering between the participants. Eventually, Dan Bongino, a former Secret Service agent, turned to the panel’s moderator, Vince Houghton, a historian and curator at Washington’s International Spy Museum: “You’re a lousy moderator,” he said. To which Mr. Houghton, sitting next to him, barked in his face, “You’re an idiot, you’re a moron and you’re deranged!”

Mr. Bongino abruptly walked off the stage, followed by about half the audience in support. The other half wildly cheered his departure.

“Shame on Dan, and shame on you both, for breaking down,” another panelist, ex-Donald Trump aide David Urban, told Mr. Houghton. “We can’t sit here and call each other names back and forth. That’s not helpful, right? We shouldn’t clap; we shouldn’t encourage that, right? That’s not how things move forward in America.”

But it is very much the reality of modern American political discussion, which has become a blood sport in which the few rational voices are drowned out in favour of those who shriek the loudest. Barnstorming begets applause; clickbait wins over conversation; and those in ideological bubbles are blinded by "likes.” Think late-night comedy-club crowd meets baseball-stadium taunting. This is, after all, our stereotypically brash, bombastic and boisterous neighbour to the south, which at the moment is doped up on the political equivalent of amphetamines.

Politicon, it might seem on the surface, was a means by which to have opposing views share a stage; if all went well, it would foster intelligent discussion. I wondered if the left and right might be willing to talk with – and not to – each other. Yet the conference, held about two weeks prior to the U.S. midterm elections, provided a snapshot of the division splitting the country. Perhaps I was naive. What else might be expected from an event that boasted high-profile (at times highly controversial) speakers such as pundits Ann Coulter and Ben Shapiro, comedian Kathy Griffin, political strategist James Carville, Fox News personality Tucker Carlson, former NBA player (and amateur diplomat) Dennis Rodman and scores of others?

The radioactivity was unabashed. Here, for example, was Stormy Daniels’s lawyer Michael Avenatti: “We have too many Democrats who wanna talk about puppies and daisies, and expect to beat Donald Trump, and that’s not going to happen. If you want to fight for this republic, for this country, you’ll have to engage in a brutal campaign.

“When they go low, we hit harder. I firmly believe that has to be the approach of the Democrats.”

How low can we go, indeed? It was at Politicon that Americans, for the first time, were introduced to the now-infamous diaper-clad, 20-foot tall “Trump Baby Balloon,” floating smack dab in the middle of the exhibition hall – about as illustrative of the in-your-face middle-fingering of ideological opponents as it gets.

Around 10,000 people came to last month’s conference, dubbed the “Unconventional Political Convention,” each paying anywhere from US$50 for basic tickets, to US$250 for front-of-the-line access – for the privilege of watching the mud tossed up-close. There were just as many MAGA hats as “F-Trump” shirts.

What did I, as a Canadian, think of this entire spectacle? Encouraging people – many of whom hold extreme views, on both sides – to share the same stage and scream at one another … is this what passes as rigorous discourse, or is it all a guise for entertainment? Is this contrived friction an expectation, in these days of made-for-TV spats? How much, if at all, are Americans numbed to insults hurled in each direction? The most frightening part of it is: How much worse can it get, and will we learn from it, in the event things get really messy?

Off the record, one key organizer acknowledged that this year, atypically, most speakers on both sides of the political spectrum wouldn’t agree to take the stage together. Something that was later verified by Clay Aiken, the American Idol singer and former contestant on Donald Trump’s Celebrity Apprentice, while interviewing Fox News commentator Tomi Lahren.

"We live in a polarized world,” Ms. Lahren noted. As to why the centrist voices aren’t heard as much: “I don’t think it sells as well.”

Indeed, ho-hum debates on dry topics from policy wonks aren’t going to bring out the crowds (and Politicon had to compete for entertainment dollars with Russell Peters, Drake, Sting, the Lakers and the Dodgers, who that week were in the World Series). If anything, this kind of discourse might grow more extreme as it’s internalized and refined by members of the younger generation who came of age in the social-media trenches. I witnessed this watching 25-year-old Charlie Kirk, head of right-leaning Turning Point USA, debating left-leaning Hasan Piker, 27, of the Young Turks. At one point, Mr. Piker’s colleague Cenk Uygur (who, at almost 50 years of age, can’t blame immaturity), who was sitting in the audience, challenged Mr. Kirk to state his salary, or “go live like a socialist.”

“I live like a capitalist every single day, Cenk!” Mr. Kirk shouted. “I live as a capitalist, okay?!”

Like tossing a bucket of butane onto a four-foot-high campfire, Mr. Kirk then leapt from his chair and shouted at Mr. Uygur, “C’mon Cenk, let’s go!” intimating a barroom brawl.

“What are you doing? Sit down, you psycho,” Mr. Piker urged. “Behave, everyone. Jesus Christ.”

Even though the midterm elections have come and gone, this kind of debate is here to stay. Which may well explain why organizers are thinking about taking Politicon to different cities across America.

Opinion
McGill shouldn’t need a vote to do the right thing – and change its team name
Subscriber content
November 15, 2018 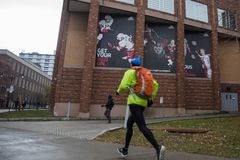 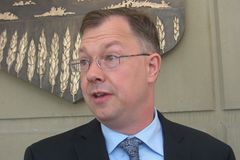 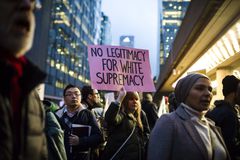