Wesley Wark is a visiting research professor at the Graduate School of Public and International Affairs at the University of Ottawa.

The U.S. government has revealed more of its hand in its looming legal battle against the Chinese telecommunications giant Huawei. Two separate U.S. grand jury indictments against the company were unsealed on Monday, alleging criminal misconduct on the part of Huawei and its leadership.

Like it or not, this legal conflict has become a high-stakes geopolitical battle for Canada, because of our arrest of executive Meng Wanzhou, who faces extradition to the United States. Canada-Chinese relations have suffered greatly, and two Canadians have been arbitrarily detained in China in an exercise of “hostage diplomacy.”

The U.S. indictments are likely only to mire Canada even more deeply in the Huawei crisis.

One indictments, issued in Seattle, involves a case of alleged corporate espionage on behalf of a U.S. Huawei subsidiary against T-Mobile, a domestic rival. The alleged activities involved an effort on the part of Huawei to clandestinely acquire and reverse-engineer technology from a robotic phone-testing device with the happy name of “Tappy.”

Corporate espionage against a commercial competitor is bad, if it’s true – but is it worthy of state intervention and a global clash?

The second grand-jury indictment is more telling. This one comes out of the Court of the Eastern District of New York, a heavy hitter, and directly implicates Ms. Meng, alleging Huawei was engaged in deceitful financial practices and sanctions-busting through the operations of a subsidiary in Iran called Skycom. This, at its heart, is a bank-fraud case. The allegation is that Huawei executives, including Ms. Meng, misled U.S. banks about its activities in Iran, thereby putting them in peril of violating its own country’s laws around the Iranian sanctions regime. The scale of the offence is far from clear, however: Only Count 7, a conspiracy charge, provides details of the actual financial transactions by a Huawei subsidiary in Iran made through U.S. banks in potential violation of U.S. laws. The total comes to $313,961.67. That looks like small potatoes.

Illegal activity or poor normative behavior should not be condoned. But these indictments make it starkly clear the U.S. government has had Huawei in its sights for many years, and is now determined to wage an aggressive campaign against it. The United States’ anti-Huawei push has broad bipartisan support, and is in line with U.S. intelligence pronouncements on the threat posed by China; as expected, the Chinese government has reacted to the indictments with outrage, calling them ”unfair and immoral.”

The Huawei campaign reflects Washington’s fears of China’s drive to global dominance in key new areas of technology, including 5G telecommunications, artificial intelligence and robotics. The Trump administration wants to force a change to aggressive Chinese economic behavior and, in particular, clamp down on its cyberespionage and intellectual-property theft. In addition to the criminal charges, the United States has asked its allies to follow its lead, and start by banning China’s national champion and corporate giant from the rollout of 5G telecom networks.

Ottawa’s policy response to the Huawei crisis has forked in two directions. One is to quietly undertake an internal review of Huawei and other 5G telecommunications providers to assess security risks. The timing of the release of the review’s findings will be highly sensitive, as someone will inevitably be offended – either China or the United States.

The other, more high-profile response – in particular to the arrest of Ms. Meng – has been to aim for the moral high ground, proclaiming a “rule of law” approach that’s free of political interference while mobilizing an international coalition to protest China’s arbitrary detentions of Michael Spavor and Michael Kovrig, as well as the death sentence that a Chinese appeals court handed to Robert Schellenberg.

So far, even with the support of global allies, this campaign has won no concessions and no favours from China. After all, the “rule of law” approach trumpeted by Canada amounts to following an American legal campaign. It is important to note that our extradition laws don’t amount to adjudicating the merits of the U.S. case; the standard is much softer. Huawei faces no legal charges in Canada.

Canada has been offered a taste of what following the United States' legal and policy lead on Huawei looks like. Let’s face it: Canada’s responses to the crisis are unlikely, on their own, to offer any escape from the trap we are currently in.

The only imminent solution to the crisis lies in the success of U.S.-China trade talks now under way. And Canadians will watch, anxiously and from the sidelines, bereft of good alternative options.

Opinion
John McCallum’s firing is a blow to Canada’s best way out of this Huawei mess
January 28, 2019 Globe editorial: Why Canada’s relationship with China cannot rival our friendship with the United States
January 28, 2019 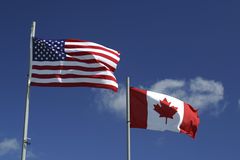