It’s time to recognize that the crisis at the Mexico-United States border is Canada’s problem.

That’s because, contrary to the way the U.S. media portrays it, it’s not really a case of thousands of people trying to enter America through Mexico as refugees, but of hundreds of thousands of people emigrating, most temporarily, out of a number of Latin American countries any way they can, during a difficult historical moment. Most aren’t primarily interested in being refugees, none really want to be making the trek through Mexico, and few are even aiming for the United States specifically.

Canada can have a key role here, one that also benefits us. Many of those crisis-stricken countries – including Venezuela, Nicaragua, Guatemala, Cuba, Honduras and El Salvador – have important relationships with Canada.

Crises of political violence, the economic and civic collapse of Venezuela, severe natural and weather disasters, and disruptions caused by the COVID-19 pandemic have caused people to seek different livelihoods outside their countries’ borders.

Most just need help finding a place to settle in a nearby, more stable country, such as Colombia, Mexico or Costa Rica – and hundreds of thousands already have. These countries could use our help handling these populations. Those who make the dangerous journey by train and foot across the length of Mexico to the U.S. border are doing so because they know of no other option – and most would instead prefer a regular, legal pathway into a country that happens to be seeking their employment. Such as Canada – after all, we’re already welcoming a good number of them.

For example, Canada attracts five times more Guatemalan labour migrants every year than the United States does. Our 15,000 annual Guatemalans (versus 3,000 who go to the U.S.) are mostly farm workers on seasonal visas who fly back and forth. They’re part of a labour pool that’s vital to Canada’s farms (it also includes many Hondurans) and could be considerably larger. And that’s aside from our permanent immigration targets of 401,000 new Canadians every year, and our smaller but also significant refugee-resettlement programs.

But the labour migrants are key – because they’re often the same people who would otherwise become refugees. By shifting an influential fraction of potential refugees into more secure and beneficial forms of migration, we could play a big role in bringing stability to a volatile region and preventing a deadly asylum emergency.

“Canada is really already part of the solution here – Canadians just don’t know that,” says Andrew Selee, head of the Washington-based Migration Policy Institute. “The question is, if the three countries of North America wanted to sit down and talk about a coordinated strategy to end the crisis, could Canada play a constructive role by expanding seasonal visas and resettlement? It’s basically an expansion of what Canada’s already doing with Guatemala and Honduras.”

Mr. Selee recently coauthored a detailed proposal, with Ariel G. Ruiz Soto, that proposes a “new regional migration system” that would bring together the U.S., Mexico and Canada, along with successful regional partners such as Costa Rica and Colombia, to stabilize the situation and stop the deadly asylum journeys. It would involve a set of actions: agreeing on a combination of regional refugee-settlement programs in adjoining countries partly financed by the wealthier nations to the north; expanding work-visa programs and labour-migration agreements with countries such as Canada; bolstering and funding refugee-resettlement programs for Central Americans in the U.S. and Canada temporarily; creating new family-reunification programs designed to settle entire vulnerable families in new countries; and making an investment in on-the-ground programs within Latin America designed to identify people before they migrate and find them a safe destination before they flee (and maybe vaccinate them before they leave).

Many of these programs already exist in Canada – they’re just lying dormant.

Two Toronto migration specialists, Craig Damian Smith of Ryerson University and Dana Wagner of the refugee-assistance agency TalentLift, last week published a policy brief looking at Canadian programs such as the federal Economic Mobility Pathways Project, created after the 2015-16 Mideast migrant crisis to direct potential refugees into more desirable economic-migration routes that take advantage of their skills, educations and entrepreneurial ambitions. The authors suggest that Canada redirect and expand these programs to the new crises in Latin America.

This is a clear-cut case where Canada could play a leading role in ending a major crisis afflicting Mexico and the United States, in bringing stability to a dangerously volatile part of the Americas – while providing ourselves with people we happen to need. It may be their border crisis, but it could be our solution. 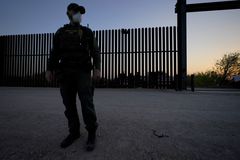 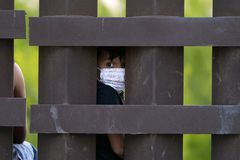 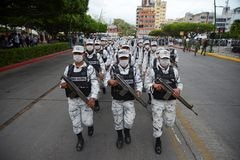