Late last month, the Metro Vancouver Mayors’ Council on Regional Transportation achieved the impossible. By voting for a package of tax, transit fare and development cost charge increases, they cleared the way for a $7.5-billion investment in public transit.

Over the next 10 years, the money will be used to build a new light-rail transit line in Surrey, an east-west extension to Vancouver’s SkyTrain network known as the Broadway subway line and an additional 900,000 hours of regional bus service.

This plan was more than six years in the making and its approval is a true hallelujah moment.

The federal Liberals kicked things off by funding 40 per cent of the costs, up from the usual third committed by past governments. The provincial NDP, with support from the transit-loving Green Party, matched that contribution, thus appealing to urban supporters and positioning itself as a party that gets things built. New TransLink chief executive Kevin Desmond reined in spending and collaborated with politicians and a newly motivated TransLink board to craft a workable plan.

That left the mayors, who run TransLink along with a board of directors, to fund the transit agency’s portion of 20 per cent. That was a challenge for the mayors’ council, a body whose revenue-generation authority is basically limited to property taxes. But the mayors managed to agree on an assortment of fees, all of which, except for a property-tax increase, required provincial approval.

Long-time Coquitlam Mayor Richard Stewart said sitting on the mayors’ council – which has little power over transit decisions and even less on funding – always made him wonder “which part of the wall to bang his head against.” This deal, he says, “is a miracle.”

To make it happen, everyone will have to pay a bit. The arrangement calls for transit fare and parking tax increases, a charge on new development and an average property tax increase of $5.50 a household. And when even that was not enough, the provincial government slipped in a 1.5-per-cent gas tax increase to make up the difference. Most mayors, their sights set on the big prize, reluctantly approved the gas tax along with the rest of the measures.

That turned what should have been a celebration into a pile-on from critics arguing that British Columbians, who already pay the highest gas prices in North America, should not be forced to pay one cent more at the pump.

The Canadian Taxpayers Federation slammed the NDP for forcing the mayors to accept the gas tax hike and is now urging Lower Mainland residents, who vote in municipal elections this fall, to choose candidates based on their willingness to cancel it. This is the CTF at its knee-jerk worst. And it is not alone.

Predictably, provincial Liberal Leader Andrew Wilkinson also piped up against the gas hike, calling it a “tax grab.” Technically speaking, this is true. But what matters most is the purpose that the money will be used for: vital public transit. It is appalling that Mr. Wilkinson would risk jeopardizing this project for the sake of cheap political points.

Transit infrastructure is wildly expensive and there is no pain-free way to fund projects of this magnitude. Transit fee increases typically hit those least well off. And many homeowners struggling with hefty mortgages will not appreciate seeing their property taxes rise one bit. Development charges add to the cost of housing which is already through roof. So, no one is getting away unscathed.

That’s not to say the gas tax increase won’t hurt. The higher gasoline prices will disproportionately hit suburban commuters. But let’s not forget that the NDP gave those drivers a big break only last year, by abolishing bridge tolls.

And the truth is, gas prices were astronomical before this 1.5-per-cent jump was proposed, a phenomenon that can only be partly explained by taxes.

If this transit plan does not go ahead, all of us, including the extra million people projected to move to the region by 2030, will be mired in gridlock. No one enjoys watching the price dial spin as they fill up their gas tank. The only thing worse is being stuck on clogged roads with no sound transit alternatives.

Opinion
Without the Greyhound bus, it’ll be much more difficult to discover Canada
July 12, 2018 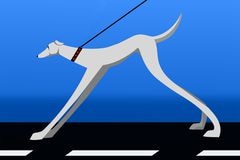 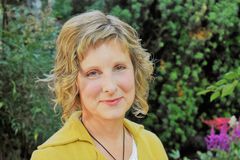 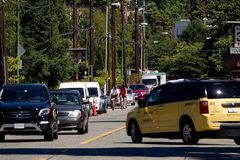