Attitudes toward race and immigration now dominate the political divide in the United States – a rift so wide it will take decades to bridge, according to a recent study by the American arm of Ipsos Public Affairs.

If so, then tribe now trumps class. For more than two centuries, arguments over how wealth should be created and distributed have defined the left and the right. But today we are increasingly defined by the tribe we belong to, with the tribe of angry, older, less educated white men confronting progressive elites who treat anyone Not Like Us with contempt.

There is no solution to this new normal. “Only generational replacement will solve this problem,” the report predicts. “Unfortunately, this will take time – at least the rest of our adult working lives. In the interim, we all should be prepared for a rocky ride.”

Is Canada also at risk of tribal disruption? The short answer is not yet, for reasons we’ll explain. But the next rough beast could one day slouch here as well.

The Ipsos study revealed profound differences between Democrats and Republicans. Seventy-two per cent of Democrats, but only 24 per cent of Republicans, agreed with the statement: “Black people do not have the same opportunities as white people in the U.S.”

Conversely, 66 per cent of Republicans, but only 22 per cent of Democrats, agreed with the statement: “Social policies, such as affirmative action, discriminate unfairly against white people.”

Questions on whether immigrants “take jobs away from real Americans,” or whether “the mainstream media is more interested in making money than telling the truth,” revealed similar or larger gaps.

Traditionally, people identified as Democrat or Republican based on their attitude toward the role of government, taxation or social values, such as gun control or abortion.

But “today, where you fall on immigration policy is key for determining if you identify more with Democrats or Republicans,” the study concludes.

The primacy of immigration and race as an ideological divide stems from the growing phenomenon known as white grievance. In 2016, for the first time, more white Americans died than were born. For several years, the majority of babies born in the United States have been non-white – America’s first, transformative non-white generation, fomenting nativism and white grievance in reaction.

But this tribe of resentful whites is only one of several, according to the famed political scientist Francis Fukuyama, who argues that tribal identity is supplanting citizenship in the United States.

The trend, he believes, goes back to the 1960s, when Americans confronted the truth that blacks, women and sexual minorities did not enjoy full citizenship and equal rights. While the struggle for those rights led to a more equal society, Mr. Fukuyama maintains that racial, gender or sexual identity became the dominant reality for many Americans. This “created obstacles to empathy and communication," Mr. Fukuyama recently told the Washington Post.

More recently, he believes identity politics has migrated to the right as a result of economic insecurity that many workers blame on globalization and immigration, and it’s led to the rise of "opportunistic politicians, from Viktor Orban in Hungary to [U.S. President] Donald Trump, who see the stoking of these resentments as vehicles for their own ambitions.”

Stephen Harper agrees. The former Conservative prime minister has written a book, Right Here, Right Now, that seeks to diagnose the rise of populism in both the United States and Europe. He cites the growing disillusion with globalization by those who have been left behind.

“In the United States and Europe, wages for many citizens have stagnated. In some cases, they have dropped outright,” he wrote in an essay in The Globe and Mail. "Good, stable jobs, benefit packages and pension plans have been replaced by the gig economy, temporary work and ongoing economic uncertainty.

And yet, while economic discontents abound, many supporters of Mr. Trump, of Brexit in Great Britain, and of authoritarian populist parties in Europe, are themselves financially secure. What they have in common is a fear of immigrants taking away jobs and undermining their culture. They share also a contempt for what in the United States are called coastal elites and in Canada Laurentian elites.

Writer and law professor Amy Chua, whose most recent book is Political Tribes: Group Instinct and the Fate of Nations, describes these elites as an “extremely insular” group who live, work and marry within their tribe; and share a commitment to “secularism, multiculturalism, toleration of sexual minorities, and pro-immigrant and progressive politics,” as she wrote in Foreign Affairs magazine. They "are viewed by many middle Americans as indifferent or even hostile to the country’s interests.”

And there’s the nub of it: a group of angry nativists who are stuck on the outside, and are convinced they represent a pure strain of the national myth – real Americans – furious at the progressive elites who nativists believe are undermining the root culture. The elites, in turn, use late-night comedy sketches and Twitter to mock their flyover brethren and the media who cater to them. Each side despises the other, but it is the nativists who are increasingly able to elect populist politicians who share their views.

The furor over the Senate confirmation of Justice Brett Kavanaugh reveals the unwillingness of either side to give the other the time of day. For conservatives, a distinguished jurist was slandered by irrelevant and probably fictitious allegations of misbehaviour – in high school, for crying out loud! – while for progressives the man is, or at least was, a drunken sexual predator, making it a travesty that he is on the Supreme Court.

In such a world of facts-be-damned polarization, democracy itself is at risk: Government of, by and for the people requires the people to trust each other, at least a little. Democracy cannot survive when the group on the outside is determined, at whatever the cost, to replace the group on the inside.

“If you are someone who believes that you deserve to rule, then your motivation to attack the elite, pack the courts, and warp the press to achieve your ambitions is strong,” wrote journalist and author Anne Applebaum in The Atlantic magazine. She described how this phenomenon happened exactly to her adopted homeland of Poland, whose autocratic government has been praised by Mr. Trump.

“Given the right conditions, any society can turn against democracy,” Ms. Applebaum believes. “Indeed, if history is anything to go by, all societies eventually will.”

Including Canada? Perhaps not. Various forces – some deeply historical, some more contemporary – work to limit the impetus toward tribalism and populism in Canada. The oldest is the never-ending effort to reconcile French and English interests – a culture of accommodation that drives Canadians toward compromise.

“We should not underplay the Canadian history on consensus, and agreeing to disagree,” says Jean-Philippe Warren, a sociologist at Concordia University who studies social movements. “It’s part of our DNA.”

A nativist politician devoted to limiting immigration and keeping Canada Christian and white would have difficulty winning power at the national level because, where would they get the votes?

But Canadians are not immune to populist resentment of ruling elites. Years of preachy, virtue-signalling progressive governments in Toronto made Rob Ford mayor in reaction. Similar progressive governments at the provincial level brought forth Progressive Conservative Premier Doug “I’m for the little guy” Ford, though both leaders appealed to, and won the support of immigrant voters.

Nor is support for immigration and multiculturalism universal. Maxime Bernier, until recently a prominent federal Conservative, has created a new political party based in part on opposing high levels of immigration and what he calls “the cult of diversity.” Last week, francophone Quebec voters handed the Coalition Avenir Québec, which wants to limit immigration, a majority government.

That said, some thinkers believe warnings of a descent into tribalism in the democracies is overblown. Dominique Clément, a sociologist at the University of Alberta, studies the history of social movements. Tribal loyalties were far more intense in the past, he points out, based on language, religion and race. “There’s nothing new going on here,” he said in an interview. “Society has always been this way.”

And though Mr. Clément agrees that “there is something new and important and powerful happening now,” driven by the reaction to new technologies and globalization, he points out that protest cycles of both the left and the right have a tendency to revert to the mean over time.

As the Ipsos study points out, there are now more self-identified Independents than either Democrats or Republicans in the United States, which suggests a growing disenchantment with the polarization within American politics.

Unfortunately, Independents “are less likely to vote,” said Clifford Young, author of the Ipsos report, in an interview. But could these voters one day mobilize around a consensus-oriented, bridge-building political leader emerging from either the Democratic or Republican primaries? “I think it’s possible," he believes.

We can only hope. But for now, at least, tribal solitudes increasingly dominate the public square, each talking past the other, each determined to drive the other out, each testing the ability of society to retain some residual sense of trust and common purpose without which democracy cannot endure. 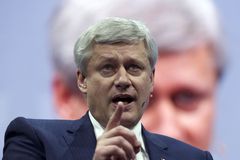 Opinion
The resistance to Donald Trump is not what you think
November 7, 2018 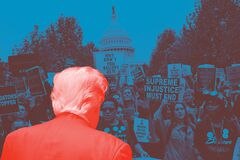