Charles Tator is the director of the Canadian Concussion Centre, Toronto Western Hospital, professor of neurosurgery at the University of Toronto and a board member of Parachute Canada.

Today in Ontario is the first Rowan’s Law Day – a day to remind us that concussions are important, and that this invisible injury can be managed better than it was in 2013 when Rowan Stringer, at the age of 17, died after suffering multiple concussions in a short span from playing rugby.

Her parents, Kathleen and Gordon Stringer, are true Canadian heroes for stepping up and saying enough young people have lost their lives or lost their normally functioning brains because of concussions. They are saying: “Tell your teacher, tell your coach, tell your parents.”

Today and every last Wednesday in September, teachers, coaches, school principals and sports league administrators in Ontario will have the opportunity to remind young people about telltale signs of concussions, such as headaches, dizziness, light and sound sensitivity or 60 other possible symptoms that may indicate that you need to take yourself out, or be taken out, of the game or practice and get checked by a medical doctor.

Rowan’s Law Day will remind everyone that it is the law now to teach and learn about this injury and to “Sit Them Out” after a suspected concussion. It will be a reminder that not only players, parents, teachers and coaches, but everyone connected with sports is on the concussion recognition team to be on the lookout for this potential killer. Treatment is also a team sport, requiring a range of health-care professionals to manage it expertly.

Sports have great benefits, especially for young people, and they should play to achieve the best physical and mental health, and to profit from the camaraderie, skills development and team dynamics. However, they must play safely. That’s the goal of Rowan’s Law. Enacted in March of this year, sports organizations for children, teenagers and perhaps additional young athletes as well will learn about concussions through their teachers and coaches.

It took a while to reach this point. A concussion law received first reading in Ontario in 2012, fatefully, the year before Rowan died, but did not become law. Instead, in 2014, Ontario launched PPM158, Canada’s first provincewide formal concussion policy for all public elementary and high schools covering all school-based sports, and it helped. Since then, several other provinces have done the same. But public-school-based policies don’t cover private schools and don’t cover hundreds of thousands of young athletes in non-school-based sports leagues. That is why Rowan’s Law was needed to cover every young person in school-based and non-school-based sports.

I have had a curbside seat on this march toward Rowan’s Law, initially calling for the Rowan Stringer inquest that established concussion as the cause of her death, then as an expert witness at the inquest in 2015, and, finally, having the privilege to be a member of the Rowan’s Law Committee in 2017 that recommended the legislation that was passed in March. The job is not quite done because the regulations accompanying the legislation are now being written, and they are important. For example, hopefully they will state that Rowan’s Law also applies to players in universities and colleges.

What about the rest of the country? Manitoba has recently signalled that it, too, plans to reintroduce its concussion legislation. Parachute Canada is the country’s national injury prevention agency and, in 2017, at the request of the Public Health Agency of Canada, it introduced the first “harmonized” concussion recognition and management guideline for all sports in the country, our first national guideline for concussion in sport. Parachute is led by Olympic skier Steve Podborski of Canada’s Crazy Canucks team and has successfully promoted harmonization of concussion management across the country so that we are all on the same page.

Many have suggested that in the spirit of harmonization, all provinces should enact legislation and call it Rowan’s Law, and nationally recognize the last Wednesday in September as Rowan’s Law Day. If we accomplish this, we would be the second country to achieve countrywide concussion legislation (the first being the U.S.), but the first to have a countrywide reminder day about concussions.

Undoubtedly, the legislation will differ among provinces and regions, but the messages about concussions will be the same: Prevent them. Recognize them. Diagnose them: Treat them expertly. These messages save lives and prevent disability. I believe Rowan Stringer would be alive today if she had received this message. Her parents know that she would want to give this message every year on this day to every other young person in our country.

Opinion
Where hockey is religion, the faithful are tested
March 23, 2018 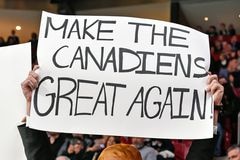 Opinion
The time has come for Ontario to pass Rowan’s Law and make sports safer for kids
January 1, 2018 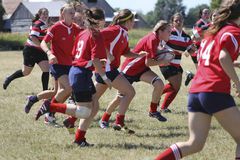 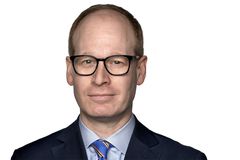