In fairness, who knew it was wrong to award a nearly billion-dollar no-bid public contract to the organization that hired your mom? This is the kind of finicky, fine-print obligation – like “do not accept personal gifts from people seeking money from your government” or “do not interfere in criminal prosecutions for the benefit of corporations with a history of bribing politicians” – that anyone who had been prime minister for several years might trip over.

That, at any rate, is what I gather we are to take away from Justin Trudeau’s latest apology. The Prime Minister’s failure to recuse himself from the decision to award the Canada Student Service Grant contract to WE Charity – with whom not only his mother but his brother, his wife, his chief of staff, sundry cabinet ministers and their families and, of course, Mr. Trudeau himself have had significant dealings over the years – was, he confessed, a “mistake.” And not only a mistake, but one for which he was “sincerely sorry.”

That he is already apologizing is of some note: It usually takes months to cycle through the stages of Trudeauvian contrition. His default mode is to conceal; then, once whatever he had hoped to conceal has inevitably come to light, to stonewall; later, to deny what can no longer be stonewalled, to rationalize what can no longer be denied, only finally apologizing when every attempt at rationalization has failed.

So the Prime Minister is now “sincerely sorry” for doing what he had previously denied having done – awarding the contract to WE – a decision, what is more, he had forcefully defended as right, WE being “the only organization in Canada” capable of handing out money to students. (The Globe and Mail is a WE Charity media partner.) He knew of the payments to his family at the time he signed off on the contract, and he knew it was his call all the time he was claiming it had been decided by the “professional public service.” But hey, mea culpa. Lessons learned. He won’t do anything like that again.

Beyond the explicit suggestion that this was all merely a mistake is the implicit suggestion that, having apologized for it, no further consequence should follow. After all, none has in the past. The worst the Prime Minister has suffered has been a $500 fine or two for violations of the Conflict of Interest Act.

The Ethics Commissioner is investigating again, but we saw how far he was able to get with SNC-Lavalin: Nine witnesses who told the commissioner they had evidence relevant to his inquiry are still forbidden to give it to him. Committees of Parliament will hold hearings, but lack the power to compel testimony from other MPs. The Conservatives want the RCMP to look into it. Fat chance of that.

Certainly those who are calling on the Prime Minister to step down should save their breath. Had any other minister run afoul of the ethics laws so often, it is true, he would be out on his ear – but the Prime Minister is not just another member of cabinet. Neither is any party likely to eject its leader, short of jail time, so long as it enjoys a double-digit lead in the polls.

Besides, there’s no mechanism to remove him, even if they wanted to. Were things to get very bad for the Prime Minister, the process would instead take the form of an extended shadow campaign, members of caucus taking care not to publicly criticize the man who controls their careers for fear of finding themselves in the minority.

There is a script to this. It begins with anonymous grumblings that “he’s not listening to caucus.” At some point, if nothing changes, someone – a backbench no-hoper, maybe a rogue riding executive – will work up the nerve to say “he’s getting very bad advice,” or even “his advisers have got to go,” accepted code for “he’s got to go.”

Only in the very last stages of his agony is someone called upon to administer the final, ghastly blow: “His record in office is second to none,” perhaps, or worse, “he’s earned the right to make his own decision” – the verbal equivalent of leaving a loaded revolver on his desk.

But we are far from there. At this point, all we have is a rat’s nest of mutually beneficial relationships between the Liberals, the Trudeau family and WE, an organization which, in its cultish internal management and happy-face external messaging, resembles nothing so much as the Liberal Party. Senior Liberals raise funds for WE. WE hires their kids, and promotes the party leader. The leader, once in power, directs public money back to WE.

Keep it up, however, and one day this all might turn into something of a scandal.

July 13: ‘How is it possible that Justin Trudeau did not recuse himself?’ Readers debate WE Charity and conflicts of interest, plus other letters to the editor
July 13, 2020 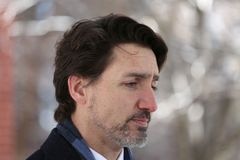 July 9: ‘The government of the people, by Justin Trudeau, for the people.’ Readers take a closer look at the WE Charity contract, plus other letters to the editor
July 9, 2020 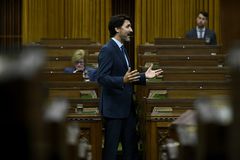