Last week, Germany memorialized the 80th anniversary of Kristallnacht – “the night of broken glass” – during which 1,400 synagogues and innumerable Jewish businesses throughout the country were vandalized. There were dozens of killings on that day, Nov. 9, 1938. At least 30,000 Jewish men were arrested and sent to concentration camps.

It was the visible unravelling of the old as a violent new social order was born, yet the savagery had not emerged from a void, as many have since argued. For almost a century, anti-Semitic speech had been increasingly normalized in public discourse. The brutality of Kristallnacht was an unsurprising outcome once a leader able to channel hatred arrived on the scene.

As the 2018 memorial date approached, the German government banned a planned protest march by far-right groups. This was a risky move in a liberal democracy, but necessary, according to Thomas Lutz, who heads the Memorial Museums Department of the Topography of Terror Foundation in Berlin. Mr. Lutz told me he encouraged the authorities to take preventative action. He belongs to the postwar generations who have made moral responsibility and Holocaust education their life’s work – a group that is being tested as never before. The radical Alternative for Germany party (AfD) is a serious threat to the German liberal consensus. Having entered the political mainstream in 2017, its leaders are hostile to foreigners and to Holocaust memorialization in the name of resurgent ethnic nationalism.

Two political streams are emerging where, until recently, there was only one. The AfD is increasing its support, but last week the older ethos was also visible when a 94-year-old former SS guard went on trial for crimes committed in Poland. “Germany owes it to the families and victims to prosecute these Nazi war crimes even today,” the prosecutor said. “This is a legal and moral question.”

No country has made greater efforts to atone for Second World War crimes than Germany, the perpetrator state. Since the 1970s, schoolchildren have learned about the Holocaust through history classes and mandatory visits to concentration camps. Museums such as Mr. Lutz’s superb Topography of Terror, which details the Nazi regime in words and pictures, have been erected. Small and large memorials pepper Berlin, including the massive and unsettling Holocaust Memorial near the famous Brandenburg Gate.

On the other hand, the former East Germany did not parallel this education. According to Communist ideology, there were no war criminals east of the Wall: They all lived in the West; a fiction that blocked acknowledgment and reflection. At reunification in 1990, the two cultures were largely strangers, and in the subsequent years, the promise of measurable gain has not materialized in much of the East. One can plot the growth of animosity. Simmering resentments soared in 2015, when Chancellor Angela Merkel allowed a million poorly vetted refugees into the country. Postwar taboos against racist speech loosened, possibly liberated by trash talk from the new U.S. President. Permission to spout hatred almost always radiates from the top.

On the anniversary last week, Ms. Merkel delivered a powerful address in a reconstructed synagogue in Berlin. She decried the “worrying” rise of anti-Semitism in her country. She called for the safeguarding of protective institutions and the liberal values that underpin them. And she asked the seminal question we once thought we had answers to, but has since become ambiguous: “What did we really learn from the Shoah, this rupture of civilization?”

“Democracy is complicated,” she said. “It relies on balance between majority and minority, on the division of powers.” Then she addressed an evident truth: Those who felt left behind were looking for simple, not complicated, answers – and they were finding them among racist nationalists.

Given its 20th-century history, the revival of right-wing German nationalism is a fearful prospect – not least to Germans themselves. Yet as important as it is to march in the streets, simple confrontation is not an effective strategy. New research suggests that cultural memory has a shelf life of 70 to 80 years – exactly the time that has elapsed since the Holocaust. Better solutions to the economic problems and social resentments of those who feel outstripped must be reimagined.

Angela Merkel is Europe’s wisest leader, but she has been fatally weakened by the political rise of the extreme right in both parts of her country. In her forthcoming absence, others must defend the democratic values she embodies and with which she has served her country.

Her question, “What have we learned from the Shoah?” hangs in the air. 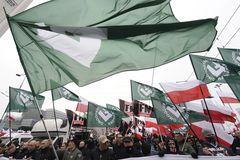 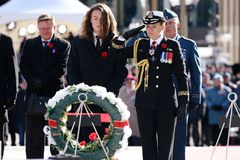