The word appears repeatedly in the headlines and stories about the new coronavirus.

But what is fear? What causes us to be fearful? How can we assuage the public’s distress?

In public health terms, “fear” is our perception of risk, of danger.

We tend to be more fearful of new threats to our health, such as coronavirus, than of well-established ones, such as influenza, no matter how irrational that is.

To date, there have been about 4,500 recorded cases of Wuhan coronavirus and 106 deaths. By comparison, three to five million people contract serious flu cases requiring hospitalization annually and somewhere between 290,000 and 650,000 die. Yet, both are respiratory illnesses spread in a similar fashion.

When it comes to being fearful, better the devil we know than the one we don’t, apparently.

If the unknown fuels fear – and it does – then our best weapon against coronavirus is knowledge.

The good news is that the science is advancing at breakneck speed and with an unprecedented level of co-operation.

The coronavirus genome was decoded in fewer than 10 days and the results shared publicly. As a result, researchers are already working on novel treatments and potential vaccine targets.

Scientific journals, normally highly protective of their papers, have agreed to share them with public-health officials prior to publication and lifted their paywalls for articles about coronavirus.

That means we already have a sense of how infectious coronavirus is (moderate) and a sense of who is being infected (a broad range of people) and who is dying (largely patients with underlying chronic conditions).

The way public-health officials and the media communicate information is key to shaping perceptions. Increasingly, there is a wild card in this equation – social media.

The mainstream media fearmongers, however inadvertently, by using exaggerated language like “killer virus” and by fixating on body counts. When you constantly update the number of cases and deaths, you wildly amplify incremental change. Of course people will be scared. Imagine if we sent out push alerts for every tuberculosis death (1.5 million a year) and every measles death (140,000 annually).

Finding the balance between providing up-to-date information on a new threat and putting that threat into context is not easy.

On social media, there is too often little attempt to do so. From WeChat to Twitter, wild rumours and outright falsehoods fly routinely, as do unhinged demands such as shutting down all air traffic from China, quarantining all travellers and so on, with many of these purported measures driven by thinly veiled racism and xenophobia rather than science. (For the record, there is little evidence that massive quarantines or thermal screening of passengers has any benefit in stemming transmission of diseases like coronavirus.)

The most difficult communications challenge, however, lies with public-health officials who have to simultaneously track the shifting science, ratchet up preparedness and calm public fears.

Peter Sandman, a former professor of journalism at Rutgers University and a risk-communications guru, says the one thing public officials (or the media) should never do is tell people not to panic. That’s because, in crisis situations, people rarely do panic.

Prof. Sandman actually has a brilliant list of tips for those who need to calm people’s fears about unknown threats such as the coronavirus:

What each of these elements has in common is that they are about building trust. What calms people’s fears is not just having information, but trusting the source of that information.

Risk communication is fraught with peril – and more often than not, we won’t get it quite right – but it is also essential.

As Franklin D. Roosevelt famously said, “The only thing we have to fear is ... fear itself – nameless, unreasoning, unjustified terror which paralyzes needed efforts to convert retreat into advance.”

Opinion
In China, the coronavirus crisis tests the system of governance
January 27, 2020 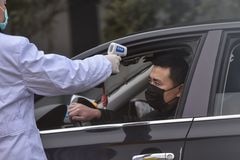 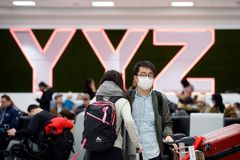