For many of us, the conflict over Huawei isn’t easy to grasp. We’ve never heard of the company before now, and we’re not sure what it does, or what the stakes are.

Here’s one place to start. Huawei is China’s biggest private company. It now sells more phones than Apple, and is second only to Samsung. It is the largest manufacturer of telecommunications equipment in the world. It is the flagship for China’s aspirations to global technology leadership. And it’s a company which employees described to the New York Times as having a “wolf culture” – a place with aggressive tactics where workers were encouraged to bend certain rules.

The trouble is that if you hang around with wolves you might get hurt. And right now the question in Ottawa is: Under what terms (if any) do we let Huawei do business in Canada? Or do we, at the risk of painful retaliation, tell them they’re not welcome?

This is the context for the arrest of Huawei executive Meng Wanzhou, at the request of the United States, for allegedly violating U.S. trade sanctions against Iran. The arrest is perfectly legal, but wretchedly timed. It is just the latest skirmish in a much bigger battle between China and the United States to determine technological dominance. To many Chinese, who regard Huawei as a national champion, the move is a terrible snub to their global aspirations. It’s as if the Chinese were to detain Sheryl Sandberg.

“The new competition is not in trade but technology,” said Janice Stein, the Belzberg Professor of Conflict Management at the University of Toronto in an interview. China is already a global competitor in 5G – the next generation of technology that will increase operating speeds by a factor of a thousand, and enable the next great age of innovation. “Tomorrow’s challenge is who’s got access to the largest amount of data in the cheapest and fastest way.” Access to big data at scale will be the most important driver of innovation, growth and wealth.

Ottawa is in the midst of an anguished process to decide whether to bar Huawei from Canada’s 5G networks. The pressure do to so comes from our intelligence agency and from our partners in the Five Eyes network – Britain, Australia, New Zealand and the United States, where Huawei has been shut out everywhere but Britain on national security grounds. A victory here gives Huawei a valuable calling card elsewhere.

On the other side are a range of commercial interests, including Telus and Bell, which have a billion dollars invested in Huawei equipment that they don’t want to rip out. Canadian resource and manufacturing companies are increasingly dependent on China’s growing number of middle-class consumers. Canada’s universities have a lot at stake as well. Chinese students make up a third of their foreign enrolment, and contribute about $5-billion in total revenues to Canada.

Prime Minister Justin Trudeau once naively dreamed of a free-trade deal with China that would make us rich, advance the cause of human rights and reduce Canada’s dependence on the U.S. economy. But now, he faces the prospect of painful trade retaliation from China if we kick Huawei out. And if we don’t, he faces the wrath of his own spy chiefs – and those of the United States. U.S. intelligence chiefs have already advised that people should not be buying Huawei phones.

The last thing Mr. Trudeau wants to do is stir the wrath of China to the point where it damages our long-term economic interests. The government is looking to continue its commercial relationship with China even as it makes decisions on national security.

The trouble is that Huawei is obligated under China’s national intelligence law to take instructions from the government on issues of national security (although it denies vociferously that it is, in essence, an agent of the Chinese state). Its work is just as vital to China’s national interest as the massive “Belt and Road” initiative that’s designed to project Chinese power and influence around the world. And the potential risks it could pose to both business and security are not just spooky paranoia.

Imagine that someone could gain access to your cellphone and suck up all your personal data in an instant. It’s not so far-fetched.

“Plainly said: There is state-sponsored espionage in Canada,” CSIS director David Vigneault warned in a speech last month. “In the blink of an eye, the company’s technology is accessed, its products are reverse engineered, and a foreign competitor starts selling the same technology worldwide at a much cheaper price,” he went on. “We have to be mindful that hostile states will use any means to recruit people, project their influence, and gain access to our proprietary information.”

Welcome to the new Cold War, where the weapons are technology and information instead of tanks. As Prof. Stein predicts, “The United States and China are competing to reborder the world." Technology platforms will be drawing the borders. 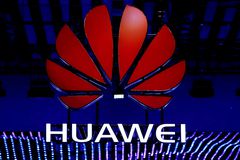 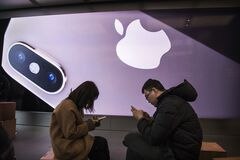 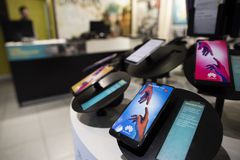