Erik Martinez Kuhonta is an associate professor of political science at McGill University.

Since the Feb. 1 coup that ousted the democratically elected government of Aung San Suu Kyi, Myanmar has been stalemated between two very uneven, but equally resolute forces. The military, known as the Tatmadaw, has relentlessly sought to consolidate its authority, killing more than 1,000 and imprisoning about 6,300 people. The civilian opposition, now led by a shadow National Unity Government, has also held its ground, responding to the coup by calling for mass civil disobedience, and last week an outright call to arms against the junta.

While a physical battle is waged on the ground, a battle over international legitimacy is coming to a head at the coming General Assembly of the United Nations, which begins on Sept.14. The UN must decide who is the legitimate representative of Myanmar.

The conundrum arises because Myanmar’s ambassador to the UN, Kyaw Moe Tun, refused to go along with the coup and in a speech to the General Assembly on Feb. 26, denounced the junta, called on the international community to do all they can to reverse the coup, and then made the three-finger salute from the Hunger Games, a gesture that has become a symbol of democratic resistance. Enraged by this, the junta fired him the next day. Yet, the ambassador refused to leave his post.

Now, with the annual General Assembly around the corner, the UN Credentials Committee must discuss who should hold the Myanmar seat at the UN. This committee, made up of nine countries including Russia, China, and the United States, can choose to support either the National Unity Government (maintaining the status quo) or the ruling junta, or make the seat “vacant.”

Guidelines for the Credentials Committee in deciding who should hold a country’s seat at the UN have been unclear. The criterion of abidance with principles of the UN Charter initially served as the main guidepost. However, other criteria, such as effective control over territory, democratic procedures and respect for human rights have also been discussed.

In the absence of explicit guidelines, are there any precedents for how the UN should make such decisions? The historical record is mixed. In some instances, the UN opposed representation that would legitimize illiberal regimes. In 1973, it rejected the representative of the apartheid South African government and in 1997, refused to accept the representative of a coup group in Sierra Leone. In 1997, the UN also deferred its decision on representation for Afghanistan.

But there are instances in which the UN supported representation by illiberal regimes. The most egregious case is that of Cambodia in the late 1970s.

The case of Cambodia is especially relevant to Myanmar’s current situation, not only because both countries are located in mainland Southeast Asia and share similar political developments, but because they are both cases in which ruthless dictators held sway. From 1975 to 1979, Cambodia was ruled by one of the most vicious regimes, the communist Khmer Rouge. The Khmer Rouge sought to build an agrarian utopia from ground zero, in the process killing more than 1.7 million people, or about 25 per cent of the country.

The Khmer Rouge reign of terror ended when Vietnam invaded Cambodia in December, 1978. Vietnam then claimed the Cambodian seat of the UN in the name of its Cambodian allies, the People’s Republic of Kampuchea, a small faction that had broken from the Khmer Rouge. All Western powers with the exception of France (which abstained) voted against allowing Vietnam’s puppet regime to take the seat. Instead, they, as well as Cambodia’s closest neighbours, the Association of Southeast Asian Nations and China, voted to have the Khmer Rouge retain the seat. This was pure geopolitics: an effort to thwart Vietnam and its ally, the Soviet Union.

The fact the Khmer Rouge held Cambodia’s seat at the UN until 1990 indicates the extent of backing that the Maoist party had in the UN. What it points to is that the UN, along with many Western democracies, has used the politics of international representation as a means to further geopolitical interests, rather than out of concern for liberal norms. Such international chess games at play in the Credentials Committee have ensured a lack of consistency in deliberations over representation at the UN.

Although the Cold War dynamics that led to the entrenchment of the Khmer Rouge at the UN are now gone, geopolitical interests are still significant in the Credentials Committee. We should expect similar great power manoeuvres at the UN to determine the game of legitimacy for Myanmar’s warring parties. 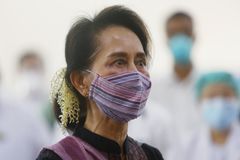 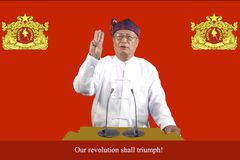 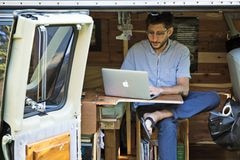