Reg Whitaker is distinguished research professor emeritus at York University and an adjunct professor of political science at the University of Victoria.

On Tuesday (Dec. 11), the British Parliament will face one of the most momentous decisions in its long history. The question is deceptively simple: Members must decide to accept or reject the final Brexit terms negotiated with the European Union. If the terms are accepted, the way ahead is initially clear. Britain will leave the EU, with short-term arrangements giving way eventually to a final exit settlement. The long-term effects are anybody’s guess, but the uncertainties around the impact of Brexit pale beside the black hole into which Britain may fall if the deal is rejected.

This prospect has to be taken seriously because it seems highly unlikely that Parliament will accept Prime Minister Theresa May’s deal. Her own party is in open revolt, several ministers having resigned and the Leave wing of her caucus in intransigent opposition. The Democratic Unionist party on which her minority government has been dependent refuses to countenance the arrangements for the Irish border, and the opposition Labour party will vote overwhelmingly to reject the deal as negotiated.

What happens immediately after rejection is a grave question. There has been some talk about Ms. May heading back to Brussels to try to get some additional tweaks but the EU has already declared these are the best terms Britain can expect, and in any event, it is unlikely that the hard-line Leave opponents can now be mollified by tweaks.

Following a rejection vote, a no-deal “crash out” could automatically occur next March. As Bank of England Governor Mark Carney has recently indicated, an economic disaster on a scale comparable to the financial crash of 2008 and the Great Recession would likely ensue.

Labour will call for a non-confidence motion in Ms. May’s government in hopes of precipitating an election. But it is hard to see how a Labour victory could resolve the Brexit crisis, since Labour has no credible plan to replace Ms. May’s deal. The incapacity of both main parties to grapple coherently with Brexit is at the heart of the problem. But this same incapacity may point the way to the only possible solution.

There has been a growing movement inside and outside Parliament to follow a rejection of the Brexit deal with a second referendum, a “people’s vote” that would put Ms. May’s deal as the Leave option alongside an option to Remain – in effect, a rerun of the initial vote in 2016, but with the specifics of the leave option laid out in detail.

There are three reasons to think a second referendum may be not just a last desperate recourse, but the only potential way out of a dangerous impasse.

First, Parliament and the political parties have demonstrated incompetence on Europe. Both Tory and Labour parties are deeply split over Europe, but they have been for decades. Europe has been a kind of wild card in British politics, cutting across the right-left divide that generally animates party competition. The entire Brexit crisis was precipitated by the reckless decision of former prime minister David Cameron to call a referendum as a foolhardy strategy for silencing the turbulent Euroskeptic wing of his government. But if the right wing of the Tory party has long been Euroskeptic, the left wing of the Labour party, now firmly in charge under Jeremy Corbyn, has just as long viewed the EU as a capitalist club that a socialist Britain would best see off. A Parliament made up of these two divided parties is paralyzed over Europe.

Second, once the Pandora’s box of direct democracy was opened in 2016 and the people voiced, albeit by a small majority, the will to leave the EU, Parliament lost legitimacy to reverse that decision. Britain has a long tradition of parliamentary democracy but this has been severely strained in the current age of populist distrust of elites and elitist institutions. Brexit is the British variant of Donald Trump and the populist parties rising in Europe. A second referendum may not reverse the result of the first, of course, but it may be the only legitimate way to either reaffirm or overturn that original decision.

Third, another referendum offers the most democratically respectful approach to dealing with the unanticipated consequences of the initial vote. What did 52 per cent of voters actually opt for when they chose Leave? Ms. May offered a remarkably unhelpful interpretation: “Brexit means Brexit.” Leave offered an open-ended wish list with no reality check that Brexit proponents were quick to fill in with wildly exaggerated claims for benefits and dismissal of any downside. Now, voters can have a concrete idea of what Brexit would mean in practice and decide whether it meets their expectations.

Leave supporters have suggested that a second referendum would constitute an insult to the people who voted to Leave in 2016. Nonsense. There is nothing definitive in a single referendum at one point in time, especially when Leave offered an imaginary dream Brexit. A second time, the same voters – and others who either did not bother to vote in 2016 or have since come of voting age – will have the opportunity to assess the only feasible Brexit deal against remaining in the EU. A second vote grants full respect to the people. Leave voters may still vote to leave but this time it should at least be with eyes wide open.

It is a paradox of the age of populism that in the Brexit case the only answer to too much democracy may turn out to be even more democracy. 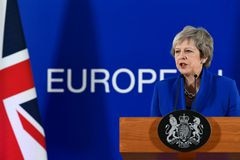 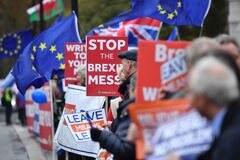 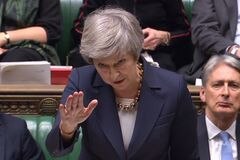