We have heard this story before: another new high for the number and proportion of Indigenous people in federal prison, moving to 30 per cent from 25 per cent in the past four years. Indigenous women now account for a staggering 42 per cent, despite comprising less than 3 per cent of Canada’s population.

In a new report on these changes, the Office of the Correctional Investigator emphasizes that Canada’s incarceration rate looks steady on the surface, but is marked by deepening inequality. Since 2010, the non-Indigenous incarcerated population went down by 13.7 per cent (1,549 people). The Indigenous population went up by 43.4 per cent (1,265 people).

The same thing happened during the decade in which Stephen Harper’s Conservative government worked to unravel Canada’s long-standing commitment to restraint in the use of prison as a method of social control. The Caucasian incarceration rate fell by 8.5 per cent from 2006 through 2015. The Indigenous incarceration rate went up by 44.8 per cent, the female rate by 51.2 per cent, and the black rate by 71.1 per cent.

No single factor explains these changes, but sentencing policy is part of it. Conservative policies stripped sentencing judges and parole boards of discretion, adding mandatory minimums and other limits on their ability to consider specific facts and risks of individual cases. While the Liberals opposed many of these reforms during campaign season, they have done little to address the harmful legacy of the Harper decade since taking office. It was easier for the Conservatives to dismantle rational criminal justice policy than it is for a successor government to rebuild it.

By some measures, Canada does not have mass imprisonment, at least according to how that term was first defined by New York University professor David Garland in 2001. Prof. Garland wrote that a society has mass imprisonment when the rate of imprisonment is markedly above historical and comparative norms, and there is systematic imprisonment of specific groups rather than individual offenders.

The problem of Indigenous overincarceration in Canada is a story of political and legal failure. In 1996, Parliament passed Section 718.2(e) of the Criminal Code with the explicit aim of addressing Indigenous overrepresentation in the prison system. The provision tells sentencing judges to exercise restraint in the use of imprisonment “with special attention to the circumstances of aboriginal offenders.”

The Supreme Court of Canada explained how Section 718.2(e) should work in 1999, when it set out what is known as the “Gladue” framework. Judges were to give the provision a large and liberal interpretation consistent with its intent: reducing overrepresentation of Indigenous people in prison. Judges were to consider the role that systemic and historic discrimination may have played in bringing a defendant before the court, and to make use of culturally appropriate procedures and sanctions.

The court decried what it called a “crisis” of Indigenous overrepresentation, at a time when Indigenous people made up 12 per cent of the prison population. They now represent more than 30 per cent.

One reason the Gladue framework has not done more to limit rising incarceration rates is the extraordinary variation in how Gladue is implemented across the country. In the Greater Toronto Area, the path-breaking work of Aboriginal Legal Services has led to sound Gladue reporting practices that provide sentencing judges with crucial information about an Indigenous defendant’s background and life circumstances. In contrast, Indigenous defendants in the Prairies and more remote regions are regularly sentenced without the resources necessary to bring this regime to life.

For example, in a recent Ontario case, a young Indigenous mother, who committed a first drug offence while economically desperate, wanted to remain in her home community under strict controls, where she could continue caring for her child and ailing mother. First, the judge had to strike down a Harper-era mandatory minimum. Then, the defendant sought a “conditional sentence” that would keep her out of custody.

Everything about the Gladue framework pointed the judge away from incarceration. But, even with the mandatory minimum struck, other Criminal Code rules required him to impose an 18-month jail sentence. That sentence, now under review at the Ontario Court of Appeal, threatens the inspiring trajectory of the defendant’s life since her offence.

We have not resolved the tensions between Gladue and other sentencing rules that betray the purpose and principles of Gladue. And we have not learned enough from community-based and Indigenous legal traditions that offer more promising methods of responding to wrongdoing. 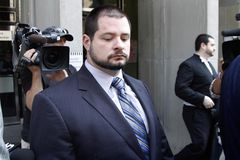 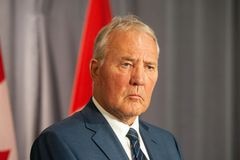 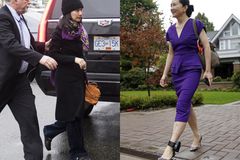