Jean-Nicolas Beuze is the representative in Canada of UNHCR, the UN Refugee Agency.

Six months ago, over the span of a few weeks, some 670,000 Rohingya undertook a desperate journey out of Myanmar to safety in Bangladesh. There they joined another 300,000 Rohingya refugees who had similarly been forced by violence to flee Myanmar. The scenes of massive displacement – at its peak, some 50,000 people were crossing into Bangladesh every day – were replaced by vast improvised settlements of bamboo and plastic shacks that now house almost a million refugees, most of them women, children and the elderly.

On Tuesday, Canada’s special envoy to Myanmar, Bob Rae, outlined a series of important recommendations in his final report to Prime Minister Justin Trudeau. An incisive first-hand assessment of conditions on both sides of the border, Mr. Rae’s report calls for Canada and the international community to affirm “presence, perseverance and patience” in a redoubled crisis response.

There is no time to lose. Later this month, the monsoon rains will begin to lash the Bangladesh coastline. Water levels will rise in many areas by several feet. The already overcrowded and squalid camps – conditions that aid agencies are struggling to address – will be at serious risk of flooding and landslides. With our current emergency appeal for funds having received just 11 per cent of its target, there is a terrible likelihood of imminent catastrophe. Has the world already turned its attention away from the Rohingya? What will be their fate if we cannot help them?

This is why Mr. Rae is calling for Canada to increase its aid to the Rohingya by an order of magnitude, stating that “Canada should take a leadership role in responding to the current crisis by stepping up humanitarian and development efforts in Bangladesh and Myanmar.” He estimates that the increased annual cost of this effort will be $150-million over the next four years. Here at UNHCR, the UN agency responsible for the protection of refugees and the management of the camps, we can only hope that Mr. Rae’s urgent appeal will be heard.

Prompt action is also needed more than ever to break through the political and diplomatic impediments to humanitarian access to Rakhine State in Myanmar, the home of the Rohingya. The Rae report rightly points to the almost half-million Rohingya still there, forced out of their homes but trapped inside Myanmar, as a potential new wave of refugees. International aid is urgently needed to begin again the work of rebuilding villages and, eventually, repatriating refugees in a safe and voluntary manner.

Many wonder if resettlement of the refugees abroad is what is needed instead. Canada has a long and proud tradition of offering such a solution. But Mr. Rae knows better and cautions that this alone will not solve the problem; at best, it offers a very limited option for the most vulnerable. The return of the Rohingya to Myanmar is the only real, sustainable answer to this crisis.

Canada must then also support renewed negotiations between Bangladesh and Myanmar on one side and the Rohingya refugees and UNHCR on the other, to ensure that refugee returns will be safe and voluntary, not forced and violent. For this to happen, peace and security must resume; schools and health centres must reopen; returnees must have access to livelihoods; and, ultimately, the root causes of these recurrent waves of forced displacement must be addressed: The Rohingya must be recognized as citizens of Myanmar and enjoy full respect for their basic human rights.

Canada has a chance to take a strong position of leadership on this crisis and boost the coherence of international efforts into a co-ordinated action plan. A major increase in humanitarian aid must be supported with concerted, co-ordinated efforts on the security, economic, human rights and legal conditions that will allow the Rohingya to return to Rakhine State as soon as possible. Such action calls for patience and perseverance indeed, but also political will. In calling on Canada to demonstrate that will, Mr. Rae’s report makes clear that, for the Rohingya, there is not a moment to lose. 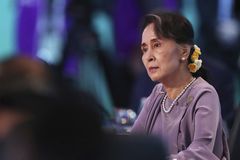 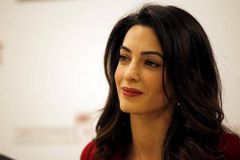 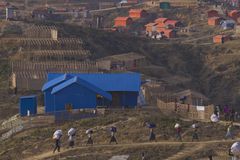