Nick Ashdown is a Canadian freelance journalist, based in Belgrade.

“My hands are shaking,” my fiancée whispered as she emerged from the classroom where she’d just cast her vote in Turkey’s highly charged election on Sunday.

Strolling past throngs of excited voters making their way to the polling stations, I felt a swell of pride in a country where people care about their future so much that voter turnout was a record 87 per cent. Regardless of their affiliation, they’re all dreaming of a brighter future, and they deserve one. As we approached my old home in a largely oppositional neighbourhood in Istanbul, I noticed a simple campaign message for one of the opposition candidates painted on the sidewalk: “Save us.”

Under Turkey’s irascible strongman President Recep Tayyip Erdogan, the country is run by what respected journalist-turned-politician Ahmet Sik calls a mafia. A clientelistic network of loyalists runs most of the media and much of the struggling economy, the courts have lost all semblance of independence, prisons are full of government critics and schools have been engineered to fulfill President Erdogan’s goal of “raising a pious generation.”

President Erdogan and his allies won the election, which was fought on completely unfair terms under a state of emergency, with media and state resources fully mobilized to support President Erdogan and his coalition and harass their opponents, and one of the presidential candidates campaigning from prison. Elections were marred by significant voter suppression, but were deemed free of any large-scale fraud.

Charismatic politician Muharrem Ince, who managed the seemingly impossible task of uniting Turkey’s fractured opposition, and in whom millions had invested their hopes for the future, disappeared for several hours before finally conceding defeat via WhatsApp message.

A Twitter user exemplified the mood of opposition supporters with a tweet that quickly went viral: “From now on, I’ll have no expectations. I’ll live with all the emotions of a piece of broccoli.”

Comforting my fiancée as she quietly wept on Monday morning, I was reminded once again how emotional and personal elections are here, something that was initially hard for me to grasp as a Canadian.

In Turkey, politics isn’t just something you watch on TV. They affect everyone’s daily life – from your newspaper being shut down for criticizing the government, to your professor being arrested on trumped-up charges, to your cousin being killed in one of the dozen major terror attacks or military operations in recent years, to your colleague who never gets promoted because she doesn’t support the right political party, to your friends moving abroad because they can’t bear the oppressive atmosphere and lack of job opportunities.

Our own lives were thrown into turmoil one day last summer when we went to renew my annual residence permit. “Oh, it’s been rejected. You have 10 days to leave the country,” they casually informed us, causing an earthquake in our lives that we still haven’t fully recovered from.

I’m one of the lucky ones. I’m still allowed to visit the country that bewitched this Winnipegger 12 years ago, where I built my journalism career and lived for nearly five years. Many of my Turkish and foreign colleagues can’t, and neither can thousands of exiled “traitors” and “terrorists,” many of whom are now being hunted down by Turkey’s intelligence services.

Turks are bombarded 24/7 with conspiracy theories from politicians and pundits warning of enemies everywhere. On Tuesday, a senior ultranationalist politician allied with President Erdogan took out a full page ad in a major newspaper naming and shaming all of his critics and doubters.

“There’s significant polarization in society, and this creates a kind of paranoia. People are much more afraid of each other and they’re much angrier,” a Turkish psychiatrist recently told me. She, like many of her friends, is planning on getting out.

“People snitch on each other all the time. There’s this overwhelming sense of fear,” Jenny White, an anthropologist and professor at the Stockholm University Institute for Turkish Studies, told me.

President Erdogan, who’s dominated politics for 15 years and remains by far Turkey’s most popular politician, engineers and uses this never-ending sense of fear to his advantage.

“People in Turkey vote for a strong man who’s modelled on the protective father who they think will protect them from chaos,” Ms. White said. “They respond to that because they’re afraid.”

But there’s still reason for hope. Turkey is a young, dynamic country with a large, sophisticated middle class and a highly globalized economy. It’s survived countless horrors unimaginable to most Canadians – military coups, an insurgency, devastating terror attacks and politically motivated massacres. The youth have shed many of the prejudices of their parents.

From experience, I know the sense of hopelessness felt by many now won’t last. Turkish people are fiercely attached to their country, and stubborn in expecting more from it. They’ll never give up on Turkey, and neither should the rest of the world. 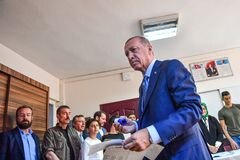 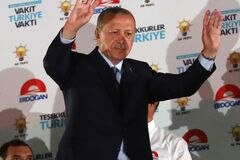