A CIBC deputy chief economist reports that only degrees in business, engineering and medicine/health will lead to appreciable wealth accumulation (When University Doesn't Pay – Business, Aug. 29).

Now turn to another prominent story in the same issue (Student Scores Affected By Teachers' Lack Of Math Training), which tells us that teachers who cannot themselves do math are passing poor skills on to students.

Where are all the good math teachers? Well, on the CIBC's advice, they are or should be in fields where they get rich. Teaching is not one of them, despite those darned unions with their incessant demands to pay teachers well because we so deeply value what they contribute to our society as a whole.

You can't have it both ways. You can't lionize the culture of wealth accumulation, then turn around and complain that we don't have enough teaching talent.

The Globe repeats data from a recent CIBC World Markets report showing that the unemployment rate for university grads is just 1.7 per cent lower than those who have only a high-school education.

In fact, when you look only at degrees earned in Canada, just 3.7 per cent of 25-to-64-year-olds with bachelor's degrees and 3.8 per cent with master's degrees were unemployed in 2010-11, according to Statistics Canada. This compares to 6.9 per cent for all others in this age group and 6.6 per cent for high-school graduates.

Elementary economics would suggest that when something is cheap or considerably less expensive, people will buy more of it. Money, as in borrowing it, has been amazingly cheap through diminished interest rates for years (Maxed Out – Aug. 29).

So let's cut out the handwringing by the likes of Finance Minister Jim Flaherty – the cure for indebtedness would appear to be higher interest rates.

Instead of focusing on Canadian consumer debt, I would suggest focusing on a more significant debt problem in this county – namely, large pension deficits that still remain in some of the most profitable corporations in the country – and why that will be a major problem when a flood of about-to-retire boomers come knocking.

How to get Russia to move? They are hosting the $50-billion Winter Olympics in Sochi in a few months. What if the United States, Canada and Europe declined to attend? The idea that Russia can bask in the glory of hosting the Games while being a major obstacle to any peace move by the international community is perverse.

It is striking how quickly the West has forgotten the reason why intervening in Syria was ever even an option. No matter how precarious the region, no matter how many foreign players have a stake in the outcome, no matter how popular opinion regards a military strike, it remains the case that innocent men, women and children are being murdered in Syria. But foreign policy has substituted strategy for morality. The shame is everyone's.

So it's okay to kill women and children with conventional weapons, just not with chemical weapons. Joseph Heller, anyone?

The Arab League should find its own T.E. Lawrence – an Arab leader who stands out for being committed to unity. It often only takes a single individual to precipitate change.

A unifying personality willing to condemn any leader who resorts to violence against his or her own citizens would avoid the need for Western intervention. Let's hope it's not too late for one to stand up and send a signal to other world leaders that they may stand down.

Perhaps school meal programs could make a difference if they were part of a comprehensive and effective anti-poverty strategy that enabled families to meet their basic needs (Time For Schools To Fill Bellies And Minds – Aug. 29). Otherwise, meal programs are simply another smokescreen allowing us to feel good about feeding hungry kids and implicitly blaming their parents for their irresponsibility.

Research studies have shown repeatedly that parents do everything in their power to prevent their children from going hungry, even sacrificing their own needs. Childhood hunger is a sign of deep poverty. If we really cared about our children, we would ensure that they and their families could live in dignity, with the resources they need for food, shelter, clothing and social inclusion.

Canpotex is not a cartel, nor does our company "dominate the world's potash industry." Global potash buyers operate in a free market, and Canpotex sells in competition with producers in Belarus, Russia, Israel, Germany, Brazil, Jordan and China.

On the international market, pricing is determined by supply and demand. Buyers are sophisticated and powerful, and in the case of the major markets of India and China, co-ordinated and supported by governments.

The article asserts that at one point, India's fertilizer subsidies were nearly as high as its defence budget, implicitly seeking to attribute this to potash prices. But the vast amount of these subsidies went to fertilizers unconnected with potash.

Canpotex is a respected, transparent joint venture that serves as a marketing and logistics organization for three Saskatchewan producers. We bring more than four decades of customer relationships, market development and logistics that provide tremendous efficiency and value to our customers.

Of jaws and claws

Clearly, the author of Albino Alligator Turns To Acupuncture For Pain Relief (online – Aug. 28) does not own a cat, or she would not say the alligator requires "a few precautions not needed with your average house cat."

I can assure you that I would need to take plenty of precautions, probably including anesthesia, if I were to attempt acupuncture on my house cats. They have similar (if smaller) "jaws full of sharp teeth" – not to mention claws. 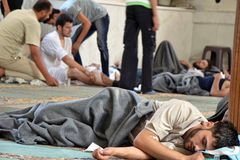 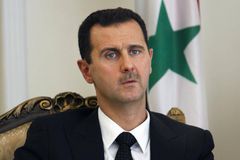