Ever since it was reported a month ago that Stephen Harper had enlisted the help of Australian political strategist Lynton Crosby, the legend of the Wizard of Oz's impact on our federal election has grown.

"We all heard about it – 'breaking news, the Prime Minister has hired a guy whose job it is to get everyone upset about Muslims' " Rick Mercer said on CBC Radio this week, speaking for much of the chattering class. "And then, next thing you know, everyone was upset. Wow! He's earning his money."

It's tempting and easy to blame Mr. Crosby, accused of playing to Islamophobia while running successful campaigns in Australia and the United Kingdom, for the divisive way Mr. Harper's Conservatives have sought re-election – especially their attempts to exploit concerns about niqab-wearing women. If the Tories win on Oct. 19, many will paint it as a victory for the "master of the dark arts."

But that lets those who are actually running the Conservative campaign off the hook – or denies them credit, depending on your perspective – by overstating Mr. Crosby's role in this campaign.

It can be difficult to determine what exactly Mr. Crosby's role has been, as accounts vary slightly, but it appears to have been fairly modest – more so than Mr. Harper may have wished.

According to multiple sources, Mr. Crosby was approached at some point over the summer by senior Conservatives (if not Mr. Harper himself) in hope he would help run their campaign. This appears to have been prompted by concern about their party's state of preparedness. Mr. Crosby, however, was apparently not eager to take over (or something approximating that) so late in the game.

Instead, he agreed then or later to assist from afar in a limited capacity, which seems to have involved helping interpret the party's research. He was not, by any account, calling the shots.

During a low point for the Conservatives' campaign in early September – when they were struggling to respond to the Syrian refugee crisis, unable to focus attention on anything they wanted to talk about, and suffering from infighting starting to spill over into public – Mr. Crosby appears to have stepped up his involvement. Around that point Maclean's magazine reported he was coming in and, by the account of several insiders, he did indeed spend a few days on Canadian soil.

Even then, it's unclear how much direct action he took. There is some suggestion that his presence was aimed at putting a scare in campaign director Jenni Byrne, who at the time was facing internal criticism for a lack of focus and discipline. In any event, this intervention does not seem to have lasted long, and since then Mr. Crosby has been back overseas.

Nobody outside the Conservative camp, and very few even within it, can claim to know precisely what advice Mr. Crosby has offered. It is entirely possible that at some point he encouraged the Tories to play up their opposition to the niqab, their urge to deport dual citizens convicted of terror-related crimes, or their promise to set up a tip line to report "barbaric cultural practices." Maybe he expressed the opinion that they shouldn't be too apologetic for how they have handled refugee claims, and make sure to emphasize security concerns.

But to suggest that he is responsible for the Tories' positions on those issues or their enthusiasm to talk about them is not only to make dubious assumptions about his level of involvement; it is also to overlook that they hardly needed pointing in that direction.

The attempt to ban niqabs at citizenship ceremonies, legislation to strip dual nationals of citizenship, the use of the term "barbaric cultural practices" (if not the tip line) – all of them date back to well before Mr. Crosby was engaged in any role whatsoever, and were clearly geared toward this campaign.

Ms. Byrne, supposedly sidelined or superseded by Mr. Crosby, is as big a fan of these sorts of hot buttons as anyone. And Mr. Harper, for whom none of this is exactly alien territory, is not the sort of politician who outsources his strategy and just says whatever he is told to say.

If people uncomfortable with the Conservatives' tactics in this campaign want to ascribe them to some sinister mastermind from outside our borders, that's understandable. For all the talk about the Wizard of Oz, there is no man behind the curtain.

Who is Lynton Crosby, the ‘master of dark arts’ now behind Harper’s campaign?
September 11, 2015 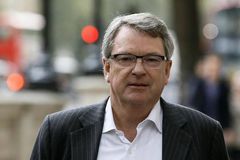 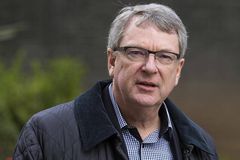