Andrew Stark is a professor at the University of Toronto, a former policy adviser in Brian Mulroney's PMO, and author of  Conflict of Interest in American Public Life

In October, 2003, labour minister Claudette Bradshaw announced that she had violated federal ethics rules. She had accepted free air travel from the Irving family of New Brunswick. As soon as it came to her attention that doing so was prohibited, she took action to reimburse the Irvings and acknowledged that she had fallen afoul of the rules: "I apologize to the House," she said, "and I apologize to all Canadians." Then-opposition leader Stephen Harper declared that "Claudette Bradshaw did the honourable thing." The matter was closed. Everybody moved on.

Fast forward to 2017. Finance Minister Bill Morneau now finds himself in a conflict-of-interest controversy because of his introduction of Bill C-27, a bill that would encourage businesses to purchase pension-related services from the few companies in Canada that provide them. One of those firms is Morneau Shepell, in which the minister owned about a million shares, worth around $20-million, through a holding company.

Like Ms. Bradshaw, Mr. Morneau took corrective action shortly after The Globe and Mail reported these facts. He announced that he was selling his Morneau Shepell shares and instructing a trustee to replace them with assets in a blind trust, whose identity the minister will not know. He also announced that he will be giving to charity any profits he derived from his Morneau Shepell holdings while in office.

But what he hasn't done, unlike Ms. Bradshaw, is acknowledge that he was ever in a conflict of interest. In fact, he repeatedly refuses to do so when questioned by journalists and opposition members. And so not surprisingly, on Friday, the federal Ethics Commissioner, Mary Dawson, announced she will be conducting an official examination to answer just that question.

Mr. Morneau's conflict-of-interest issue is, of course, larger than Ms. Bradshaw's by many orders of magnitude. And actually, the potential magnitude goes beyond the current scope of Ms. Dawson's examination. When an office holder combines vast power to affect the economy with substantial private wealth, a great deal of what he does (or chooses not to do, such as alter the tax rules concerning family trusts) can significantly affect his interests. That's why wealthy U.S. Treasury Department secretaries in recent memory have placed all their holdings, both publicly traded shares and all other business assets, in a blind trust. And beyond his Morneau Shepell shares, Mr. Morneau co-owns several other holding companies and is a beneficiary of a family trust.

Mr. Morneau denies he was in a conflict of interest with his Morneau Shepell holdings because the conflict-of-interest law does not require an officeholder to place publicly traded shares he holds indirectly, through a holding company, in a blind trust – even though, had he held them directly, he would have had to. He says that Ms. Dawson so interpreted the law, and he was simply following her advice.

But Ms. Dawson has also said that this particular provision of the law is flawed. She has long been on record as having asked Parliament to amend it to include shares held indirectly. It would be interesting to know whether Ms. Dawson ever directly told Mr. Morneau what, at any rate, he might have known by looking at her public statements: that by merely complying with the letter of the law, he would be taking advantage of a loophole. In which case, his citing her advice as a clean bill of health would be highly inappropriate. Canadians are entitled to know, as part of her final report on the matter, whether she ever did so tell the minister.

But the minister himself has in effect acknowledged that his Morneau Shepell shares did pose a conflict of interest. His office set up a screen to prevent him from participating in a narrow range of matters, presumably having to do with direct contracts with the government, that involved the company – something that would have been unnecessary if shares owned through a holding company can pose no conflict of interest, as the minister maintains.

By all accounts, Mr. Morneau went into government out of a genuine desire to serve the public. He might feel that by acknowledging that he was in a conflict of interest he would be suggesting otherwise.

But that's not the case. The law (as Ms. Dawson's office informed Mr. Morneau in a February, 2016, letter to him) says an officeholder is in a conflict if he merely puts himself in a position where he has "the opportunity" to further his private interests. It does so precisely so that we don't have to get into the questions – unanswerable ones, given that it would require us to look into the mind of the official and the complex workings of the market – as to whether those interests actually did corrupt his judgment, or whether his actions actually did materially advance them. To admit having been in a conflict of interest, as Ms. Bradshaw did, is thus not necessarily inconsistent with being an honourable public servant. In fact, as Stephen Harper noted, it can be part of what it means to be an honourable public servant.

But to take remedial action while insisting that there was nothing to remedy, as Mr. Morneau has, resembles the conduct of corporations that pay large fines in lawsuits on the condition that they don't have to admit culpability. Mr. Morneau's biggest mistake is that he has invited Ms. Dawson to answer the question of whether he was in a conflict of interest, when he could easily have answered it himself. 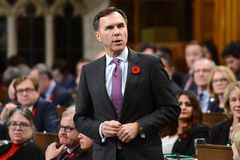 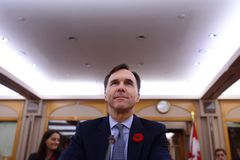 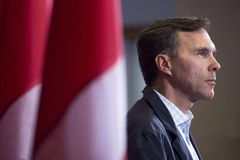