CNN has a new commercial that features a picture of an apple. "Some people might try to tell you it's a banana," says the narrator. They might even scream that it's a banana. "They might put BANANA in all caps. … But it's not. This is an apple."

The ad was, of course, immediately attacked by right-wing columnists. "Trump Derangement Syndrome has struck CNN and is taking a terrible toll," wrote Thomas Lifson at American Thinker.

The American media have become so deeply polarized that each side has now lost any ability to listen to the other. Each accuses the other of committing fake news – stories based on false facts that are intended to deceive. But the deeper problem resides in columns and editorials and blogs and tweets that take implacable stands, distorting facts and belittling opponents, ignoring or disrespecting other points of view.

On Thursday, on the RealClearPolitics aggregator website, you could find headlines such as "The Bone Spur Bozo in the White House," and "Does the Dems Dossier Trick Count as Treason?"

So why aren't Canadians screaming at each other the way the Americans are?

One answer is that "we don't have Donald Trump as prime minister," observes Janni Aragon, who teaches political science at the University of Victoria. The President personifies the anger embedded within American discourse. But Prof. Aragon adds that the differences in media reflect differences in the political cultures of the two countries.

America, she says, is a land divided. In Canada, "divisiveness is not as strong."

There isn't a single political leader in Canada whose platform mirrors the nativist, anti-immigrant, authoritarian strains that we see in President Trump and his supporters. Nor, with a few minor, on-the-fringe exceptions (We're talking about you, The Rebel), do Canadian media cater to racist phobias.

Why not? There could be several reasons.

Since the first Loyalist settlers arrived in the late 1700s, Canadian political culture has been tinged with what has been called a "tory touch," an upper-class British tradition that stresses collective obligations over individual liberties. This sense of noblesse oblige underlies many of the value assumptions of the mainstream media.

Our small and scattered population also contributes, says Kirk Lapointe, who held a variety of positions in Canadian media (he was once my boss), and who teaches journalism at the University of British Columbia. There are so many Americans, he points out, that fringe publications can profitably publish, giving extremists a voice. But Canadian publications must cater to more moderate views in order to win a large enough audience to make a profit.

Mr. Lapointe hosts a Vancouver radio talk show. In his experience, extremists don't attract listeners. "I see a fair amount of revulsion when someone like that tries to grab the microphone," he said in an interview.

Canada's large immigrant population is also a steadying influence. With four in 10 Canadians either an immigrant or the son or daughter of an immigrant, nativist voices have little hope of dominating the print, broadcast or digital conversation.

Pollster Michael Adams has published a book, Could It Happen Here? that compares Canadian and American political and social values in the age of Trudeau and Trump. To cite just one powerful statistic: According to one poll, 50 per cent of Americans believe that "the father of the family must be the master in his own house." In Canada, the figure is 23 per cent.

To explain these differences, Mr. Adams refers to a chronic streak of paranoia that has long run through American politics, and Horatio Alger-like belief that anyone can make it to the top – so if you don't, the system must be conspiring against you. He also cited the baleful influence of evangelical religion, gerrymandered Congressional districts and increasing income insecurity.

"In this paranoid atmosphere, people feel entitled not only to their own opinions but also to their own facts," he believes. "And now, in the age of the internet, each is his own publisher and editor locked inside an ideological bubble with fellow travellers."

This paranoid polarization infects the right more than the left in American politics. There is no progressive equivalent to Rush Limbaugh or Breitbart News. But the left is not immune to intolerance.

At the University of California Los Angeles (UCLA) last week, a small group of protesters self-identifying as antifascists interrupted a forum on, of all things, how best to challenge hate speech. "No Trump, no KKK, no Fascist U.S.A." they yelled, shutting down a question-and-answer session that resumed later in another room.

The discourse in Canadian politics and journalism is far from perfect. Indigenous Canadians, especially, do not see their values and priorities reflected in either Canada's political culture or its media. Newsrooms are far less diverse than the communities they cover.

And Prof. Aragon warns of the tendency of American cultural influences to "trickle up" across the border. Polarized American media risk polarizing Canadian media through the sheer power of proximity.

Nonetheless, as President Trump sends out one angry tweet after another, Canadians retain deeper wells of moderation and goodwill than their American cousins.

In this country, just about everyone seems to agree that an apple is not a banana. 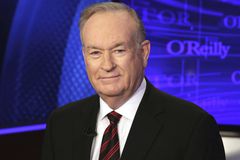 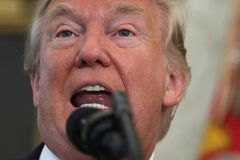 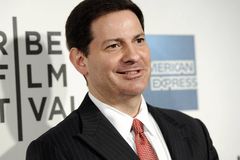