George Petrolekas is a fellow with the Canadian Global Affairs Institute. He served with the military in Bosnia and Afghanistan and was an adviser to senior NATO commanders.

Many have questioned what happened to the government's promise to dispatch up to 600 Canadians on a peacekeeping mission, a major pillar of the Liberal campaign platform and part of its "Canada is back" mantra.

With a major peacekeeping conference scheduled this fall, the government has to choose one of two things: Abandon the promise to enter into peacekeeping operations or restart the process to find the location which will be most suitable for Canada.

The decisions the government considers will be influenced by Canada's fiscal condition – especially as concerns the defence budget. Also, the Trump administration's review of UN funding and the utility of UN missions recently announced at the UN by U.S. ambassador Nikki Haley will be in contradiction to the government's desire to reinforce the "Canada is back" idea, and equally affect the presumptive search for a Security Council seat.

Throughout the fall of 2016, the defence minister and government officials visited nations in Africa as possible deployment locations meeting the government's aspirations of having a measurable impact while garnering support from African nations in the quest of a Security Council seat.

Informed observers expected a Christmas announcement of Mali as the preferred location, a place where we would be combatting radical Islamists, avoiding missions where UN forces had tainted reputations, by aligning with NATO allies such as France, the Netherlands and Germany.

The current defence budget, which has shifted spending to years in the future and already the cause of belt-tightening within the services, may not accommodate another overseas mission on top of current engagements in Iraq, the Ukraine and the upcoming mission to Latvia without financially stressing the Armed Forces. A cash-strapped forces will have to tell the government what it can and can no longer do.

Though Canada is one of a handful of nations that pays its own way, the current Trump administration review of UN financing threatens missions where some nations are reliant on UN funding to participate.

Therefore, certain missions may simply be closed or reduced because of lack of financing. The result will be fewer missions, no matter the conditions on the ground, and with fewer missions, there will be fewer choices for Canada on where to have an impact. Canada is also waiting for an indication of where the U.S. administration will focus its international efforts.

Canada's conundrum does not stop there.

In the concentrated effort to find the correct role and location for Canada, UN authorities offered Canada specific roles, leadership positions, non-military roles and staff positions in areas in which Canada had indicated an interest. With Canada delaying a commitment, the UN has had to look elsewhere to fill gaps that were presumed to be filled by Canadians.

What may have been clear plans or understandings during the fall no longer exist as the UN has had to make alternative plans without Canada. That is why the government finds itself back at the starting gate again. Africa had been pre-eminent in the government's planning, in part because there has been a large cohort within Foreign Affairs and Cabinet that felt the most pressing humanitarian, state-building or conflict-prevention roles rested in a myriad of African nations, names familiar in the long list of despairs: the Congo, the Central African Republic, South Sudan, Niger and Mali, among others. In the government's calculations it could do good, and also garner support for a Security Council seat, particularly amongst nations of the Francophonie.

However, without a mission – especially "a mission that will have an impact," in the words of the government – it is difficult to see a pathway where the very large African voting bloc in the General Assembly of the UN would support a Canadian candidacy for a Security Council seat.

As a consequence, there have already been trial policy balloons floated by allied states suggesting alternative locations not limited to Africa.

With a peacekeeping conference scheduled for the fall, the government has to simply decide: Does it want to do good, and leverage its actions for a Security Council seat, or does it want to appease key allies and be willing to pay for its decisions? It cannot do all at the same time, and therefore has to make a choice – and time is not on its side.

Start in Senegal, for the new peacekeeping
November 3, 2016
France wants Canadian troops in Africa, and that’s good for us
October 12, 2016
Opinion
Think carefully before deciding to deploy peacekeepers
October 3, 2016 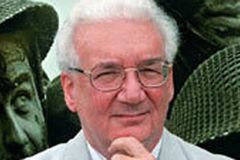