There'll be some challenges, of course. Unfortunately, no matter how hard they try, your schools and hospitals can't possibly eliminate all their greenhouse-gas emissions – they're too old and drafty, the ambulances and buses still run on fossil fuel, and solar panels are still too darned expensive.

But you can fix that. Just force them to buy carbon offsets. In other words, make them pay for all the greenhouse gasses they emit by forking over millions of dollars to folks who have reduced their greenhouse emissions. Presto! If you can't achieve carbon neutrality, you can buy it.

That's what B.C. is doing. Every public institution is now required to pay $25 a tonne for the carbon dioxide it emits. That's money that's no longer available for textbooks, teachers and nursing care. Last year, Vancouver's regional health system coughed up $3-million to buy carbon credits. The University of British Columbia forked over $1.5-million, and B.C.'s public schools paid $4.4-million. But never mind. B.C. is now the greenest government on Earth.

Does all this strike you as a bit loony? Wait – there's more. Most of this money winds up in the pockets of large private companies, which are paid for not emitting greenhouse gasses they almost certainly wouldn't have emitted anyway, according to investigations by The Vancouver Sun. Corporate recipients have included Encana, Interfor, Kruger and other companies that already had carbon-reduction projects under way or completed. Millions more have gone to the Nature Conservancy of Canada and aboriginal groups connected to the Great Bear Rainforest; they were paid for not cutting down trees they wouldn't have been allowed to cut down anyway. The prices are all negotiated by Pacific Carbon Trust, a Crown agency that specializes in voodoo carbon accounting.

"It's outrageous what's going on in the name of carbon offsets," says Frank Lento, chair of the tiny, cash-strapped Southeast Kootenay school district. Last year, his district was dunned $80,000. "That money is going from our classrooms to corporate boardrooms," he told me.

The B.C. government has agreed to compensate the school boards because people got so mad. But the extra money still comes from taxpayers. Although schools and other public institutions pay $25 a tonne for their carbon credits, Pacific Carbon Trust, which buys the offsets on their behalf, pays only $9 to $19 a tonne to the sellers.

Do any of these shenanigans actually reduce emissions? Probably not. As Cornelis van Kooten, an economics professor at the University of Victoria, told me, "The problem is that you cannot keep track of what exactly is being taken out of the atmosphere or going into the atmosphere." Nonetheless, these schemes are popular with environmentalists and business. Why? "Money. There's tonnes of money in this."

Carbon-offset schemes have created a lucrative niche for consultants, bureaucrats, accountants and entrepreneurs who, for tidy fees, will help you market credits, set the price, determine how much carbon dioxide you're subtracting from the planet, and write reports certifying that your program is a brilliant success, even if it's built on the backs of schoolchildren and sick people.

B.C.'s carbon-neutral green dream is a multimillion-dollar boondoggle. But that doesn't mean it will be shut down any time soon. As Environment Minister Terry Lake told The Globe and Mail's Mark Hume last month, "it's important to show … leadership through example." 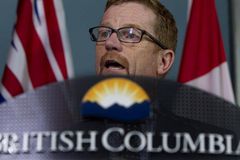 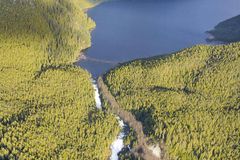 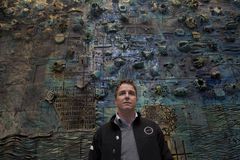