Oh, to be in Sweden, a feminist paradise on Earth! Gender equality is baked into the nation's DNA. Swedish women have advantages we can only only dream of – free universal child care, for example. Mothers and fathers get 480 (!) days of parental leave. An extensive welfare system makes it easy to balance work and family life.

The result is that nearly 80 per cent of Swedish mothers are in the work force. (In the United States and Canada, it's about 73 per cent.) Women also make up 45 per cent of Sweden's parliament, the Riksdag.

The country is zealously tearing down the barriers that hold women back. Preschools go to extraordinary lengths to encourage non-gendered play. One school is experimenting with a gender-neutral pronoun, "hen," so that kids will think of one another not as boys or girls but as "buddies." Gender-neutral toy catalogues show boys playing with dolls and girls playing with water guns. Some Swedish movie theatres have introduced a gender rating for films, called the Bechdel test. (To pass, a movie needs to have at least two female characters who talk to each other about something other than a man.)

Sweden and the other Nordic nations always seem to lead the rankings of the world's best countries for women. (Canada is lucky to crack the top 20.) So they're an ideal laboratory for finding out what women really want. What choices will women make when the playing field is as level as social policy can make it?

I'm afraid the answers will disappoint a lot of people. That includes Sheryl Sandberg, the famous author of Lean In, who wrote, "A truly equal world would be one where women ran half our countries and companies, and men ran half our homes."

The trouble is that the world's most liberated women aren't leaning in – in fact, many are leaning back. They work fewer hours and make less money than men, just as Canadian women do. In fact, Swedish women are much more likely to have part-time jobs and far less likely to hold top managerial positions or be CEOs. On top of that, Scandinavian labour markets are the most gender-segregated in the developed world.

Women do make up 25 per cent of Swedish corporate boards, but only because of quotas. The greatest concentration of senior managers, CEOs and other highly paid power women isn't in Scandinavia. It's here in North America, where working women's lives are much tougher.

It turns out that all these family-friendly policies have an unintended impact on the gender gap, as Kay Hymowitz and many others have noted. By making it easy for women to drop out of the work force and work shorter hours, they make it harder for women to progress in their careers. Swedish men have these options too, but they don't take them. So women don't advance as far as men. And they are also considered less desirable by corporate employers who need people on the job 24/7.

In any event, only a small proportion of Nordic women choose to work as managers and professionals. Most choose lower-paid, highly gender-segregated work. As Alison Wolf has written in her excellent book The XX Factor, Scandinavian countries "hold the record for gender segregation because they have gone the furthest in outsourcing traditional female activities and turning unpaid home-based 'caring' into formal employment."

Despite vigorous efforts to stamp out gender stereotyping, most Swedish girls would still rather be daycare workers and nurses when they grow up. And boys would rather be welders and truck drivers. And that's not all. To the extreme chagrin of social engineers throughout Scandinavia, mothers still take the bulk of parental leave. Most men take parental leave only when a certain part of it is designated for fathers only.

Here's an even more alarming possibility. What if people in the most developed countries are inclined to express greater gender differences, not less?

Studies of people in more than 60 countries around the world have found that much of gendered behaviour is culturally universal – men in all cultures tend to be more assertive and less emotionally expressive, while women are more nurturing and co-operative. But according to one startling research report, the divergence between male and female personality traits is more marked in highly developed countries.

The researchers believe the reason is that people in rich and educated societies are freer to be self-expressive. As writer Christina Hoff Sommers speculated a few months back in The Atlantic, "What if gender difference turns out to be a phenomenon not of oppression, but rather of social well-being?"

I have no idea if this is correct, but it is extremely suggestive. It would, for example, account for the flowering of gay culture across the Western world. It would also explain why highly educated women – ones who have an infinite variety of choices – hardly ever choose to be mechanical engineers.

So, then. Where do women have it better? That probably depends on how you define "better."

If you define it as "high female pay and occupational success," you'd choose North America. If you define it as "achieving work-life balance, with broad social supports and plenty of time for family and personal development," you'd probably choose Sweden. There is no one right answer, only different ones.

As for how you get more women to lean in, I honestly don't know. It's hard to make them if they don't want to. 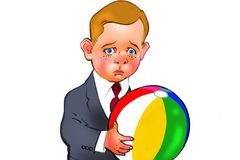