I recently flipped through aerial photos of Canadian cities in the 1970s. One thing stood out: the parking lots. They were everywhere. Downtown Vancouver was a checkerboard of them. Post-Olympic Montreal was streaked with them. Toronto, especially south of King Street, seemed to be nothing but one giant, contiguous grey parking lot yawning across the lakefront.

In September, I returned to Canada after living abroad for almost a decade, and was struck by the disappearance of those acres of cement emptiness. Toronto's waterfront had become a wall of elegant glass housing towers, their tens of thousands of residents turning this former lonely wasteland into a thriving human community. Montreal is seeing its first new high-rise housing boom in more than 20 years, as the postindustrial southwestern corner of the island is populated.

And, of course, Vancouver has been remade dramatically, rendered into a thickly vertical city jammed with people and activity. Its combination of high population density in cozy downtown neighbourhoods, intimate street life and popular public transit has become one of Canada's leading exports: When I visit cities in Europe and the United States, their officials talk earnestly of adopting "Vancouverism."

To Vancouverize, in the minds of mayors, is to make residents realize that having a crowded, people-packed downtown core is not a problem but a solution. Canadians have known the grim tedium of low-density cities, but now we're known for the opposite.

Melbourne, Australia's second-largest city, has just released a report calling for a boldly Vancouverist solution to its urban-sprawl problem. (The 600-page report drops the word "Vancouver" almost 300 times.) "Vancouver has succeeded in preserving its liveability," it concludes, "through the early and creative acceptance of the need for increased residential densities." The B.C. city "is defined by a mixed-use commercial development of medium height located at the base of a high-rise residential tower, which is recessed from the lower levels and from the streets below" – the mighty Vancouver condo.

And yet one place where Vancouverism has lost steam is in Canada. Developers tell me that it has become almost impossible during the past three years to get even tasteful mid-rise apartment projects approved in Toronto, as a populist, suburban mayor allows local residents to block anything. Montreal's blend of corruption and paralysis has prevented much-needed density growth. And even Vancouver, according to one report, still has more than 7,000 surplus parking spaces, and downtown development is now stagnant.

Yet we need it more than ever. The Vancouverist ideology solves a number of serious problems.

First is sprawl: According to a recent projection, the population of the Greater Toronto Area will rise from six million today to almost 10 million in the next 28 years. Vancouver will go from 2.2 million to 3.4 million in the same period. Most of those people intend to move downtown or into inner-ring suburbs. But if housing there is in short supply, they'll push out into the outskirts.

Second is the housing shortage: If we cannot increase the supply of housing, and at least double the population density of our big cities, then our children will have little chance of becoming homeowners. If foreign investors buy the new condos, all the better. We even more seriously need an increase in rental stock, to push down rents and give people an urban entry point.

And third is quality of life: That doubling of density isn't just needed – it's highly desirable. With twice as many people per square kilometre, there will be sufficiently large markets (and tax bases) to justify subway lines, parks and cultural venues. At the moment, density-increasing development is being blocked in the neighbourhoods that most need these things.

It's not just governments. Canadian city-dwellers need to adopt a Vancouverist mindset. I'll never understand why downtown homeowners, who often rail against the horrors of farmland-destroying, carbon-speawing urban sprawl, then turn around and oppose midrise condominium projects in their own neighbourhoods. Not only do those developments add neighbours and thus demand for nice services and better schools and shops and transit routes, but they are the only solution to urban sprawl. You get one or you get the other. "Density," writes the Vancouver developer Bob Ransford, who consulted on the Melbourne report, "is the antidote to sprawl."

We lived for six decades with sprawling outskirts and the anomie of parking-lot downtowns. Now that we're famous for inventing an alternative, it's time to embrace it.

Opinion
Canada’s looking for terrorists in all the wrong places
May 11, 2018

By the Granville Bridge, a tower with a difference
May 3, 2018 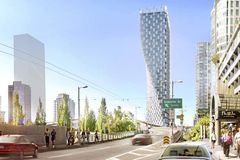 Vancouver's architecture under the spotlight
May 2, 2018 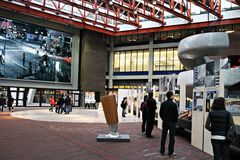