'Let not thy left hand know what thy right doeth" does not work as a management principle. Yet that's how Nigel Wright, Stephen Harper's former chief of staff, testifying at the trial of suspended Senator Mike Duffy, applied this saying of Jesus from the New Testament.

The answer to the ultimate question at the trial – whether Mr. Duffy is or is not guilty of fraud – does not turn on what Mr. Wright meant by those words. Nonetheless, his reasoning suggests a disturbing sophistry at the highest levels of Canadian politics.

Jesus's words are a paradox, but their meaning is clear. Someone who gives aid to the needy should not sing hymns of praise to himself, inside his own head, for his generosity to the poor, and breathe in incense from the pathetically grateful recipient. All that perverts kindness into narcissistic self-admiration.

But in the case of the $90,000 paid by Mr. Wright, who is "the needy"? Not Mike Duffy. To be sure, the senator is short of money and facing a serious criminal charge. But Mr. Wright, by his own account, paid the sum to protect his boss, Prime Minister Stephen Harper. So "the needy," the beneficiary of the almsgiving, is the Prime Minister of Canada – not the poor, shambolic senator. What's more, it was the needy PM who was allegedly deliberately kept in the dark about Mr. Wright's act. This is all rather a long way from the Gospel according to Matthew.

Imagine a CEO who is systematically sheltered from knowing what is going on in the corporation he heads – or at least from knowing anything that might eventually turn out to be embarrassing. Sooner or later, such a CEO would come a cropper when he found out that one of his vice-presidents made a habit of protecting him from himself.

Surely Mr. Wright would never do anything like this to his present (and past) corporate superior, Gerald Schwartz of Onex Corp. Not even Niccolo Machiavelli suggested that advisers hide dangerous facts from their princes – let alone Mike-Duffy-like ineptitude.

Nigel Wright is known to be a successful businessman and a believing Anglican. But his explanation of his dealings with Stephen Harper on the Duffy file is incompatible with any sound management principles, whether in the public or private sector. Nowhere in the Bible of good government does it say, "Let not thy prime minister know what his right-hand man doeth." 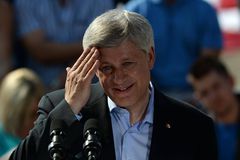 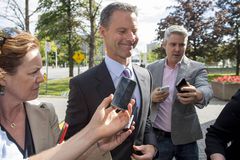 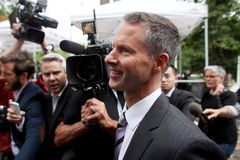