The 2016 Pan-Canadian Framework on Clean Growth and Climate Change features dozens of measures, all led by a carbon tax on individuals and industry.

The goal is to cut Canada’s annual climate-heating emissions to 511 megatonnes in 2030. That meets the Paris Agreement pledge of a 30-per-cent reduction from 2005’s emissions of 730 megatonnes.

Canada still has a ways to go. The most recent official tally was 716 megatonnes, in 2017.

In January, Ottawa issued an update on where current policies and those in the works could get us. At the current rate, Canada’s emissions in 2030 are forecast to be 588 megatonnes. That leaves a glaring 77-megatonne gap, one as large as all of Quebec’s annual emissions.

Against this backdrop, key talks are under way between the federal and Ontario governments over what carbon rules should apply to industry in Canada’s largest province.

The Pan-Canadian Framework sets carbon-reduction goals, but gives provinces freedom to design their own systems. For example, British Columbia has an economy-wide carbon tax. In Alberta, the province refused to impose carbon pricing on individuals, so the federal tax applies, but the province brought in a tax on industry.

And in Ontario, the previous Liberal government chose a cap-and-trade system for industry. However, when Doug Ford’s Progressive Conservatives took over, cap-and-trade was thrown out.

Ottawa filled Ontario’s void. The federal consumer carbon tax is in place, as is a federal industrial carbon tax.

Ontario is now trying to persuade the federal government to exempt its industries from the tax, and allow the province to replace it with a made-in-Ontario version.

Ottawa did exactly that in Alberta last December, when it approved that province’s industrial carbon tax. Alberta’s system is not quite as robust as the federal rules, but the Trudeau government deemed it close enough and signed off.

Ontario’s rules, however, are not close enough.

A report last November from the Pembina Institute sought to assess the various systems, provincial and federal, for reducing industrial emissions. Ottawa’s system – the benchmark provinces must meet or exceed – scored eight points on a 12-point scale. B.C. scored 12 points out of 12 – meaning it is tougher than the federal standard. Alberta’s system earned a seven, just shy of the federal standard.

Under Ottawa’s rules, many companies will only pay the carbon tax on a small portion of their emissions, so as to not punish them in their competition with firms from countries without a similar tax. Ontario has proposed to set the bar quite a bit lower, such that a tiny fraction of emissions would be taxed.

The incentive for innovation is another issue. Ottawa’s rules use sector-wide benchmarks. Ontario wants to mostly use standards that apply to each individual facility. It gives dirtier operations an easier ride, while cleaner facilities will get a smaller reward.

The bottom line is that Ontario’s plan will do markedly less to reduce emissions than the federal plan. New Brunswick’s plan is worse.

That means the Trudeau government should reject the Ontario and New Brunswick plans, and leave federal rules for industry in place in both provinces.

Alberta got the federal nod, and deserved it, because the province’s plan was close to the mark, and even included emissions rules on electricity generation that are better than Ottawa’s. The plan ticked nearly all the boxes, and the Trudeau government was justified in saying “yes.”

That’s not the case with Ontario’s plan. Giving it the thumbs up would go against the spirit of the Pan-Canadian Framework, under which provinces have the flexibility to map out different paths to a common destination. But flexibility is not supposed to mean lower standards.

Ontario is the country’s second-largest emitter, at 159 megatonnes, and the province’s actions matter. Unless it wants to miss its emissions targets, the federal government can’t make big concessions to recalcitrant provinces.

If Ontario wants an exemption from the federal rules, it has to up its game. For inspiration, look to Alberta. 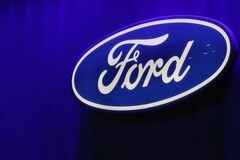