It was always unlikely that Ukraine International Airlines Flight 752 crashed because of engine failure or some other onboard catastrophe. Modern, well-maintained jetliners with experienced crews don’t just fall out of the sky.

But it nonetheless deepens the pain of the loss of 176 people, so many of whom were Canadian, to have it confirmed by Prime Minister Justin Trudeau that the likely cause of the tragedy was a surface-to-air missile fired by Iranian forces in the minutes after the plane took off from Imam Khomeini International Airport in Tehran on Wednesday.

This now appears to have been an entirely avoidable tragedy. It didn’t need to happen. It never should have happened. But it happened, for all the wrong reasons.

If the missile theory holds up – and there is no reason to believe Mr. Trudeau spoke in error or too hastily – 176 innocent people will have died because of the military posturing of Iran’s dictatorship, and that of the Trump administration.

The crash occurred in the fog of, well, not war exactly, but during the critical hours after Iran had retaliated against the United States for the targeted killing of General Qassem Soleimani in Baghdad the week prior.

The Iran regime fired a barrage of missiles that struck two army bases in Iraq early on Wednesday morning. Iranian forces were no doubt worried about the possibility of a retaliatory action and on full alert across the country.

What eventually transpired to cause someone on the ground near Tehran’s main airport to fire a missile at an ascending jetliner in the early morning darkness on Wednesday will only be known if and when the Iranian government allows an independent investigation.

Mr. Trudeau said the downing was likely unintended. What’s clear is that, at the very least, someone acted stupidly, or too quickly, or was poorly trained, and 176 people – plus an exponential number of mourning loved ones – have paid the price for the geopolitical scrapping of two old antagonists.

What is even more insanely tragic in this scenario is that this is not the first time a packed commercial jetliner taking off from Iran has been shot out of the air as a result of U.S.-Iran brinkmanship.

In 1988, during the final weeks of the Iran-Iraq War, a U.S. Navy cruiser caught in a running battle with Iranian gunboats in Iranian waters mistook Iran Air Flight 655 for an approaching enemy fighter, and shot it down with a surface-to-air missile.

Among the 290 people killed were 66 children; all but 36 victims were Iranians.

The Iran regime has never forgotten the downing of Flight 655, and nor should it. But now it appears it will have to reckon with the fact it has committed what it called a “war crime" when the U.S. did it, and also with the terrible truth that most of the victims on Flight 752 were of Iranian origin.

Mr. Trudeau has called for a full investigation, but has refused to say what punitive measures, if any, his government will take once all the details are known. Fair enough, for the moment.

But he needs to show that he is committed to holding Tehran to its promise to allow Ukrainian officials to examine the plane’s flight recorder and the crash site, and to let Canadian consular officials into the country to help the survivors retrieve the bodies of their loved ones.

Sadly, it is unlikely that Iran will ever accept full blame for what happened. It will, just like the U.S. did, write this off as the kind of collateral tragedy that can happen even during brief military engagements.

But that may matter less to the survivors than having a full understanding of why Flight 752 was hit. It was not the only flight that took off from Tehran’s biggest airport on Wednesday morning; far from it.

People will want to know what doomed it. Was it its flight path? The precise timing of its departure? Or was the event entirely random?

They will also want to know why airlines were even taking off from Tehran that morning, when Iran and the U.S. were up to their old animosities and there was plenty of warning. You just had to watch the news to know.

Common sense dictates that if Iran is engaged in an exchange of fire with the U.S., airlines flying out of Tehran should cancel flights out of an abundance of caution. It’s difficult to imagine why that wasn’t done. 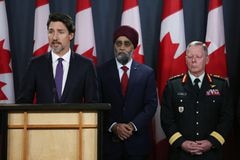 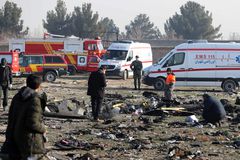 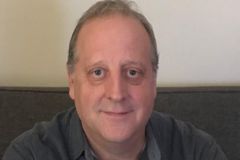