It seems like carbon taxes are on the ropes these days.

France’s “yellow vest” protests forced that country’s normally magisterial President Emmanuel Macron to back off a fuel-tax hike at the beginning of December.

Meanwhile, premiers from Fredericton to Regina are arrayed against the federal Liberal carbon-pricing scheme, while the Conservative Opposition in Ottawa sinks its teeth into the plan every chance it gets.

The political slog of selling carbon taxes is even starting to chill the feet of some otherwise supportive policy wonks. Writing in The Globe and Mail this month, the economist Mark Jaccard argued that even though carbon pricing may be the economically optimal way to fight climate change, there are good reasons why many politicians would prefer to focus on regulation.

Taxing carbon has proven a tough sell in some places. But it’s worth keeping in mind the virtues that made putting a price on emissions such an appealing idea.

There’s no painless way of reducing greenhouse-gas emissions. Taxing them is usually the most honest and least economically damaging way of inflicting that pain. Voters should be wary of leaders who say otherwise; there’s a good chance they either want to make you pay through the back door, or don’t care about climate change at all.

Some environmentalists and folks on the left prefer regulations to pricing. They call for requiring cars to be electric in the not-too-distant future (British Columbia recently set the drop-dead date for selling gas-guzzlers at 2040) and forcing gas plants to electrify (another recent B.C. initiative), either as a supplement to carbon taxes or an alternative to them.

And there is a role for smart regulations. Some, such as fuel-efficiency standards for new vehicles and bans on incandescent light bulbs, work like hidden taxes by outlawing cheap, but energy-hungry options. Rules that demand less wasteful consumer technology are a kind of sweet spot – the cost at the cash register can be offset by lower bills down the road.

But this kind of regulation has limitations. LED bulbs, for instance, will not get us under our Paris targets. Meanwhile, the Canadian auto supply chain is so entwined with that of the United States that our respective fuel standards have to be closely aligned – even if the United States freezes theirs, as the Trump administration recently did.

And effective regulations to bring down emissions are not free. They cost people serious money, whether as taxpayers, ratepayers or consumers. Ontario’s phase-out of coal-fired power plants was a really effective, really expensive carbon tax: it helped reduce greenhouse-gas emissions in the energy sector by almost 20 per cent – but it also helped raise electricity rates by 70 per cent. Likewise, simply forcing people to drive Teslas and Nissan Leafs will either be really expensive for most drivers or really expensive for taxpayers if the government steps in with subsidies. It might a good idea; it’s definitely a kind of tax.

One emerging conservative alternative to carbon pricing is working with business to spur the development of green technology. What that usually means is taxpayers giving subsidies to business. A plan recently backed by Republican Senator John Barrasso extends tax credits to businesses that use “carbon capture” technology. Again, not necessarily a terrible idea, but hardly the fiscally innocent alternative to carbon taxes its proponents claim.

Ontario’s Progressive Conservatives aren’t even bothering to be backhanded: They say they will dish out $400-million on a “Carbon Trust” that will collaborate with industry on emissions cuts. They can rail against carbon pricing all they want; spending taxpayer money has the same effect on pocketbooks as asking consumers to pay more.

Of course, $400-million over four years isn’t much money. But there’s the rub: No one expects the PC plan to have much effect. With emissions, you can have expensive and effective, or cheap and toothless.

At least carbon taxes are transparently expensive. Critics say that’s the problem: Since people don’t like being taxed, we should do it secretly, through regulations. Voters should be clear-eyed about these options. The medicine will come in a spoon, with our mouths open wide, or it will be stirred into our drink while we’re looking the other way. 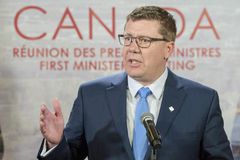 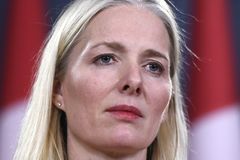 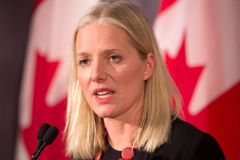