The Canadian way of religious toleration and freedom of conscience, built on the once-radical idea that one country can be home to people of many faiths, began in 1774, in Quebec.

Back in the 18th century, the religion of the king was the religion of his people. Those who dared to practise another creed faced discrimination, or worse. Even in relatively liberal Great Britain, Catholics wanting to serve in public office had to swear an oath renouncing the Pope and Catholicism. They were forced to choose between their religion and full citizenship; they had to reject one if they wanted the other.

Every Quebec school child once learned all about this oppressive oath, the dreaded Serment du Test. The British Test Act made it impossible for Catholics – and at the time, nearly all French-speaking Canadiens were Catholics – to take part in public life.

But not long after conquering New France, the British did something revolutionary. With the Quebec Act of 1774, they scrapped the application of the anti-Catholic oaths – not in Britain, where they remained the law for another half-century, but in Canada.

It was a seminal moment for one of the liberal world’s most important insights: that it makes no sense to force people to choose between loyalty to their religion and loyalty to their country. It’s counterproductive, not to mention unfair.

One of the first places where that ideal was put into practice, nearly two-and-a-half centuries ago, was Quebec.

So, there’s historical irony in the fact that, this week, the government of Premier François Legault introduced legislation that will force some Quebeckers to choose between their faith and their job, and their religion and their country.

Further irony: The Legault government’s proposed law clearly violates longstanding constitutional protections for freedom of religion – which is why the bill invokes the Constitution’s notwithstanding clause, the rarely used override of the Canadian Charter of Rights and Freedoms.

Bill 21, “An act respecting the laicity of the state,” creates a long list of government and quasi-government jobs that cannot be occupied by a person wearing any kind of religious symbol – such as a Sikh turban, a Jewish yarmulke or a Muslim hijab.

The list of jobs covered by the ban ranges from the speaker of the National Assembly to municipal court clerks; from the minister of justice to government lawyers; from police officers to teachers in public schools.

Anyone working in one of these jobs and currently wearing religious attire would be grandfathered – but they’d lose their exemption if they moved to a new position, or got a promotion.

What should we call this religious glass ceiling? The hijab hold-back? The yarmulke roadblock? The turban career terminus?

What’s more, the law contains a requirement for public services to be both offered and accepted with one’s face uncovered, where for reasons of security or identity verification the person’s face must be seen. It’s a narrower rule than one proposed and then abandoned by a previous Quebec government, but it will still have effects both discriminatory and comical.

A senior citizen wearing a niqab who wants to pay the senior fare on a public bus would have to uncover her face. But if she were willing to pay the regular, non-discounted fare, there would be no need to show her face.

If Quebec were facing a crisis of niqabs being used as part of a scam to defraud taxpayers by obtaining discounted public-transit passes, maybe a case could be made for some kind of intervention. But let’s be serious: That’s not what this legislation is about. It’s simply about taking a politically popular shot at a small minority of Quebeckers who believe their religion calls on them to wear particular symbols and clothing.

After the Quebec Act of 1774, Catholics no longer had to choose between God and Caesar – their faith versus their country, their religion versus the state. They didn’t have to reject one to embrace the other. They could choose both, and be loyal to both.

Simply by accepting that people of different religions can nevertheless forge a shared identity, practising separate faiths yet united in the same respect for the law and the same love of country – what a radical, beautiful idea – Canada became possible. 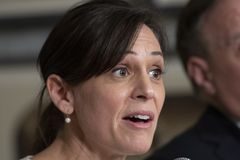 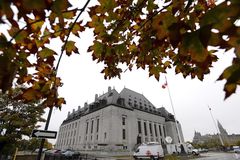 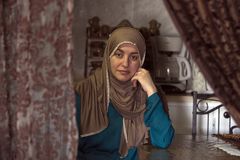