Canada has peace and prosperity to spare. Unemployment is low, our economy is growing, and public health and safety continue to improve. Funny, then, that we seem to be so angry with each other.

Blame it on culture wars. Many of the animating political questions of the moment are about values other than dollars and cents: Statues of Sir John A. Macdonald, sex education, what cultural appropriation means, how to feel about Jordan Peterson.

It’s true that we have always had cultural skirmishes. Canadians were once inflamed about RCMP officers wearing turbans, gay marriage and the appropriateness of using the honorific Ms.

But the nastiness and intensity of our current cultural quarrels seem unusual. No doubt social media plays a part. Platforms like Twitter encourage heated outbursts and are hostile to boring old policy discussions. They also foster tribal thinking by providing quick affirmation from "followers” in the form of "likes.”

At the same time, sharp disagreement about bread-and-butter issues is in uncommonly short supply. The outcome of NAFTA negotiations is a real worry but, unlike in the 1980s, all the major parties support continental free trade.

The Liberals have stolen much of the NDP’s thunder by tacking left on issues like pharmacare and pensions.

Energy is still a hot-button subject but watching the Conservatives try to gin up anger about the Liberals building a pipeline in Alberta only proves that determined partisans will always find something to quibble about.

Yes, there are substantive issues being debated in Canada. Carbon taxes are a real sticking point between Liberals and Conservatives. So is the influx of asylum seekers passing through the United States.

But even these meaty policy disputes are getting reduced to their most personal levels. Carbon pricing becomes about who stands up for suburban commuters rather than the most efficient way to reduce fossil-fuel emissions, and the technocratic problem of dissuading and processing refugee claimants gets channeled into screeds about multiculturalism and birth tourism.

Thankfully, there’s a silver lining: The intensity of debates about cultural issues tends to be in inverse proportion to the scale of the problems facing a country. That’s playing out in Canada. Blessed by any standard, with a steady economy and an inch-wide political spectrum, we can afford to squabble about quirky professors and the names of buildings.

The same thing happened to the United States in the 1990s. While their dot-com bubble grew and communism crumbled, Americans found a way to argue about gays in the military and profanity in rap lyrics. It all seems impossibly quaint now. So will our fevered ramblings about Mr. Peterson one day.

That’s not to dismiss these issues or the emotions they evoke; this page has weighed in on several of them. Cultural debates help us define who we are and how to treat each other. Tax rates and softwood lumber aren’t the only subjects worthy of weighty discussion.

But even if talking about statues is valuable in theory, and a kind of luxury, it can produce an intellectual rut. Debates such as these are as nebulous as they are intense and drive people into camps, where they talk past each other and preen for their own side. Resolution isn’t the point. That gives the arguments a depressing circularity.

Plus, even if Canadians have it good in the grand scheme of things, the country faces real challenges that can’t be settled by tweet or protest. The opioid crisis continues to claim thousands of lives a year. Our Indigenous people remain unconscionably poor. An aging population is driving up health costs.

In a new book titled Identity: The Demand for Dignity and the Politics of Resentment, the political scientist Francis Fukuyama suggests the West has entered a period dominated by identity politics of both the left and right, fueled by a deep-seated human need for recognition of our inner selves that wealth and liberal democracy can’t satisfy.

If Mr. Fukuyama is correct, let’s hope Canada is resistant. There’s a place for arguing about what to do with bronze likenesses of our first prime minister. But it should never lie at the heart of our national character. Even a country as lucky as ours has bigger things to worry about. 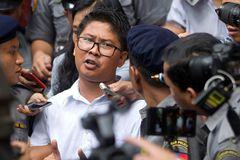 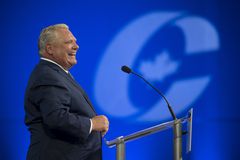