The Editorial Board
Published July 6, 2021 Updated July 6, 2021
Comments
Text Size
Please log in to listen to this story. Also available in French and Mandarin. Log In Create Free Account

One of the marks of a totalitarian regime is that it can make anyone, and anything, disappear, any time.

Such was the case with the demise last month of Apple Daily, a raucous, pro-democracy tabloid newspaper in Hong Kong that was beloved for its coverage of the territory’s local government, and its outspoken criticism of the Chinese Communist Party.

Hong Kong’s 7.5 million residents protested and mourned the only way that is now allowed to them: By buying up all of the final issue’s one million printed copies. They are now mementos of a lost world.

Hong Kong has long been a vibrant media market, and there are still many newspapers and other news outlets operating there. But after what happened to Apple Daily, every journalist and every publisher, or anyone else thinking of saying anything that might displease Beijing, is on notice.

The 26-year-old paper closed because, one year ago last week, the CCP imposed a national security law on Hong Kong, with the aim of extinguishing the territory’s dwindling independence and ending the “one country, two systems” promise China made when it took over the former British colony in 1997.

The law, written and enacted by Beijing, created broad offences for secession, subversion, terrorism and collusion with foreign powers, with special attention to be paid to media. Its wording was at once vague and draconian, with sentences of up to life.

In mid-June, using the law as a pretext, police raided Apple Daily’s offices and arrested the editor-in-chief and five executives on absurd charges of colluding with foreign powers to harm China and Hong Kong. Authorities also froze the assets of the newspaper and its related companies.

With owner Jimmy Lai already in prison on charges related to the massive pro-democracy and anti-Beijing demonstrations of 2019, and with no money to pay employees, Apple Daily announced its closing.

Hong Kongers were shocked, the newspaper staff included. “Today’s Hong Kong feels unfamiliar and leaves us speechless,” they wrote in a public letter after the raid. U.S. President Joe Biden called it “a sad day for media freedom.”

And yet you could see it coming. Once the national security law came into being on June 30, 2020, it was only a matter of time before it was used against one of its intended targets: Hong Kong’s most outspoken media outlet.

Hong Kong Security Minister John Lee insisted that Apple Daily wasn’t punished for “normal journalistic work.” He insisted that journalists in Hong Kong are just as free as they have ever been, just as long as they “do not conspire or have any intention to break the … National Security Law.”

This is Totalitarianism 101, a clear lesson in Orwellian doublespeak. You’re free to say what you want, as long as Beijing likes what you’re saying. Say the wrong thing, and you risk becoming an enemy of the state, charged with invented national security offences.

Back in 2019, when thousands of Hong Kongers protested a proposed local law that would have allowed for residents wanted by China to be extradited to the mainland, there was always a sense that Beijing would respond by trying to crack down to some degree on the semi-independent territory.

But few imagined Chinese President Xi Jinping would unilaterally impose a law that effectively erases Hong Kong’s ability to protect one of the things that made it distinct from China: Its freedom of speech.

And when the law came into effect, few imagined that it would be used to close the leading pro-democracy newspaper – thereby warning all others to toe the line, or else.

And now, a year later, Apple Daily is gone, dozens of pro-democracy activists have been arrested, candidates for “election” must swear fealty to Beijing, local police are learning to goosestep like soldiers of the People’s Liberation Army, and the Chinese ministry that runs Beijing’s secret police – which Hong Kongers once had no reason to fear unless they crossed to the mainland – is building a massive new headquarters on the city’s waterfront.

Hong Kong is now one country, one system. Under Mr. Xi, it will never go back to the way it was. The Communist Party of China has decided that its former freedoms are too great a threat. Instead, the world, and the people of Hong Kong, should only expect things to get worse. 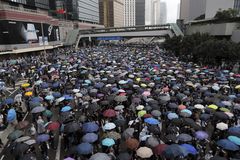 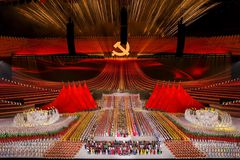 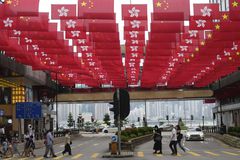