Early election whispers in British Columbia started in January. Then a pandemic walloped the world, giving the New Democratic government other things to worry about. But now, with the pandemic far from over, signs of a possible early vote have returned, in the form of hints dropped in recent days by Premier John Horgan.

The BC NDP squeezed into government in 2017 by the narrowest of margins, cobbling together a slim governing majority in a deal with the Greens. It has proved remarkably durable.

Signs of a shift emerged late last year. Green Leader Andrew Weaver stepped down as party boss and in January decided to sit as an Independent. He also ventured that he wouldn’t be surprised if there was an early election. But nothing came of it.

In the first months of COVID-19, B.C. had more success than most jurisdictions in containing the contagion. And unlike Prime Minister Justin Trudeau and some of the premiers, Mr. Horgan did not commandeer the microphone. To his great credit, he didn’t treat the pandemic as a free publicity opportunity. Instead, he left the public response to Provincial Health Officer Bonnie Henry and Health Minister Adrian Dix.

Mr. Horgan’s government let results do the talking. Infections topped out in March at an average of just 64 a day. In May and June, the province averaged barely a dozen new cases a day. As a result, B.C. was able to open its economy sooner than elsewhere, with restaurants and bars open in late May and some kids back to school in June.

Then, in late July, as new cases were ticking up to about 30 a day, Mr. Horgan suggested an election could be in the offing. He said B.C. had always been just “a day away” from a vote being triggered. That elided the solidity of the deal with the Greens, who have shown no desire to bring down the government.

Election rumours shifted into overdrive in the past week, after Mr. Horgan said things that suggested he’s on the verge of pulling the trigger for an early election.

He doesn’t have to face voters until October, 2021, but it’s easy to understand why he might prefer to move up the date. His government’s popularity has been boosted by its success against the pandemic, and the opposition is in disarray. The BC Liberals have a little-known leader, Andrew Wilkinson, while the Greens only named their new leader, Sonia Furstenau, on Monday.

Mr. Horgan has every legal right to trigger an election. A pandemic does not mean elections are forbidden. New Brunswick held a vote on Monday, after its fragile minority government fell apart last month. Saskatchewan will have a fixed-date election in October. The United States goes to the polls in November.

In B.C., there is no reason to be considering a vote, beyond the NDP’s own political calculations. The Opposition Liberals aren’t asking for an election, and neither are the Greens. The government won’t fall unless it defenestrates itself.

Mr. Horgan may feel the moment – for him – is now, given that many things can worsen with the passage of time, including the province’s budget situation.

Last week’s quarterly update showed a province in better shape than most. Even with a 2020-21 deficit of $12.8-billion, the debt-to-GDP remains low at 20.8 per cent, less than half the level of Ontario and Quebec. Prepandemic B.C. rang up a string of balanced budgets, underscoring the quality of the NDP’s stewardship.

But the immediate numbers everyone should be concerned about – starting with Mr. Horgan – are the latest COVID-19 figures.

Since early July, B.C.'s trend has been going in the wrong direction. From a very low number of cases, B.C. has steadily hit new highs. Over the past week, new infections have averaged 110 a day. This is close to double the cases seen in March but, for the moment, a rate of 2.2 daily cases per 100,000 is still quite low, as are hospitalizations. Last week, however, the province indicated its worry as it rolled back the reopening and closed nightclubs and banquet halls. It also curtailed alcohol-serving hours at bars and restaurants.

Mr. Horgan may be pondering what’s best for his own political future but most British Columbians are more worried about the virus, and the threat it poses to their health and their jobs. For government, the focus in the coming months has to be the pandemic, not an early election. 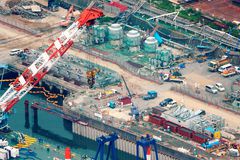 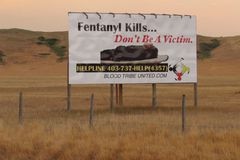