Prime Minister Justin Trudeau has talked tough lately about cracking down on social-media sites that don’t do enough to stop the spread of misinformation. Speaking in Paris last week, he mentioned “meaningful financial consequences” to tame “a digital sphere that’s turned into the Wild West.”

Mr. Trudeau also put Canada’s signature on the Christchurch Call, a document produced in the wake of the attacks on two mosques in New Zealand in which a self-declared white supremacist killed 51 people while streaming his slaughter live on Facebook.

The document is mostly an earnest response to Christchurch, but it also pledges its signatories to “ensure effective enforcement of applicable laws that prohibit the production or dissemination of terrorist and violent extremist content, in a manner consistent with the rule of law and international human rights law, including freedom of expression.”

It was signed by Canada and 17 other countries, as well as by all the big online companies: Facebook, Twitter, Google and Amazon. It’s not really clear what it means.

The United States refused to sign the statement, though. Instead, the White House of President Donald Trump launched a website where people can report evidence of political bias by social-media companies, and complain about Americans who have been banned from Facebook and Twitter for "unclear ‘violations’ of user policies.”

Between those two poles – protecting free speech at all costs, and using government muscle to police misinformation and extremist content – there’s a lot of grey area.

Mr. Trudeau said in Paris that some of the answers would come in a new federal “digital charter," but the release of that 10-point document this week provides little clarity about how Ottawa could regulate speech without crossing into censorship.

Much of the “digital charter” is preoccupied with the protection and management of personal data collected by online companies. The government makes a number of concrete proposals for modernizing existing privacy laws.

But when it comes to battling misinformation and election interference, or acting against online hate and extremist content, there’s not a lot to work with.

The charter does no more than state that “Canadians can expect that digital platforms will not foster or disseminate hate, violent extremism or criminal content,” and that the government will “defend freedom of expression and protect against online threats and disinformation designed to undermine the integrity of elections and democratic institutions.”

Perhaps it’s unfair to expect Ottawa to be a thought leader on an issue that has come at the world so quickly. Few could have imagined a decade ago that a handful of global digital platforms with vast market power would become bottomless pits of all kinds of troubling views.

The world was also surprised to discover, in 2016, the degree to which hostile state actors such as Russia used digital technology to spread false information, designed to sow confusion and enmity in an attempt to influence the U.S. election.

There is no question governments can act to stop foreign meddling; no one could reasonably argue against removing online content traced back to a bunker in Moscow.

But the issue of governments targeting “false” information is more complex than just that.

In 1992, in a case involving Holocaust denier Ernst Zundel, the Supreme Court of Canada struck down a law making it a crime to “spread false news.” Civil libertarians cheered, and with good reason.

Much has changed since then. Mr. Zundel printed and handed out crude pamphlets; his equivalent today can instantaneously reach millions of people on Twitter and Facebook, and create digital communities of like-minded crackpots. Social media can be used to organize white-supremacist rallies, post hateful manifestos and, in the worst case, provide inspiration for terrorist crimes.

That threat is new, and very real. But at the same time, there remains the threat of government overreach, with the state using its power to censor speech it deems unacceptable or false.

That is the conundrum that Canada and the entire democratic world is struggling with, and has yet to resolve. The problems are clear and the intentions are good, but the choices remain murky.

Opinion
Who will answer the Christchurch Call? Nobody, if tech platforms continue ungoverned
May 23, 2019 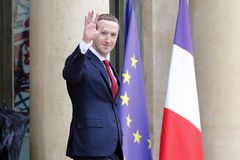 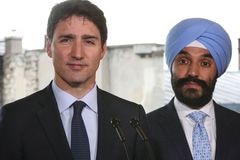 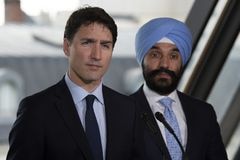