With the U.S. presidential election finally over – the Electoral College having pressed its rubber stamp and given Donald Trump his notice of termination – pundits have been handed one more opportunity to opine on what the last four years were about, and what the future holds for American politics.

What interests us is something different: What does it mean for Canadian politics?

Let’s start with some breaking news, fresh since 1776: Canada isn’t the United States. Our history, though related and intertwined, isn’t their history. We live in the same neighbourhood, but not the same house. We’re siblings who attended different schools.

That’s why Canadians should be very careful about what they absorb from the political culture – part genius, part bedlam, part freak show – to the south.

Both right and left in Canada can learn from U.S. politics. But a lot of that learning should be a cautionary tale. Because no matter where you sit on the ideological spectrum, the American political diet, whether left or right, contains many ingredients whose regular consumption is certifiably harmful to our country’s health.

Let’s start with Canada’s Conservatives, the federal party and their provincial cousins, and the American dishes they need to think twice before serving at the breakfast table.

Under Mr. Trump, the Republican Party has devolved into an anti-government movement, and COVID-19 exacerbated its worst tendencies. The issue of whether a mask is helpful in combating the virus, which should be a scientific and nonpartisan question, became for much of the Republican Party and electorate an ideological purity test. Many became convinced that wearing a mask, or practising physical distancing, or acknowledging the virus’s gravity, are somehow un-conservative, because they infringe on human freedom.

Those sentiments resonate in conservative America. And because Canada’s cultural diet is largely American-made, that view is widely consumed by Canadians conservatives, too. Many quite enjoy the taste.

But remember, the roots of Canadian conservatism come from a different place. Our Tories were the people who didn’t make a revolution, and who didn’t think shooting your neighbours over a minor tax dispute was the definition of “freedom.” Our original conservatives knew that, while order without freedom is tyranny, freedom without order is chaos.

Canadian conservatism’s cornerstones are things such as free speech and freedom of thought and religion. But the freedom to endanger other people, because you’re a “sovereign individual”? That’s no part of the peace, order and good government conservatism that made Canada possible. It’s an import from a U.S. strain hostile to government itself, and which treats it not as something to be improved, but something to be sidelined.

Canadian conservatism, like Canada, was founded not in opposition to the existence of government, but rather on its necessity. One Canadian conservative who suddenly got old-time religion in this time of pandemic is Doug Ford.

Ontario’s Progressive Conservative Premier has a long history of espousing the rhetoric of government as waste. But when COVID-19 hit, the country’s most prominent conservative immediately realized that government action was a necessity, and that removing government from the equation would not result in more human freedom but more human misery, illness and death.

Mr. Ford, to his credit, reacted quickly to the first wave with shutdowns and physical distancing orders. He’s regretted every business shutdown – and they are regrettable – but he’s never backed down from blasting anti-maskers or others who refuse to take simple precautions, despite the fact that many come from his voting base.

Ontario has made mistakes in fighting the pandemic. But Mr. Ford’s errors have never been those of Republican politicians in the reddest U.S. states. The leading right-wing government in Canada hasn’t always made the right choices, but its leader has never been a denialist. Instead, the pandemic-era Mr. Ford has offered a non-Trumpian take on how to be a Canadian conservative populist.

But what about the other side of Canada’s political spectrum? What should Liberals and New Democrats be learning – or rejecting – from their siblings in American politics? More on that, later this week. 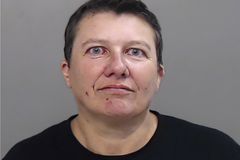 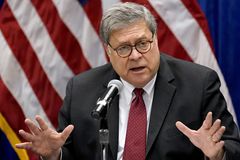 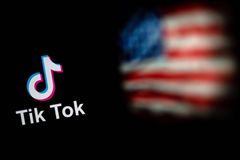