The constitutional crisis in the United States reached its final innings Thursday, when seven impeachment managers from the House of Representatives walked to the Senate and solemnly read out charges of abuse of power against President Donald Trump. Mr. Trump’s trial in the Senate will begin in earnest on Tuesday. What a disaster it will be.

The President has wavered between drooling at the prospect of a trial, at which he hopes to put his accusers on the stand and expose what he never stops calling a “hoax” and a “witch hunt," and so fearing the outcome that, last Sunday, he called on Republican senators to dismiss the charges before any testimony is given.

The senators didn’t oblige him, but not because of a desire to defend the Constitution in a non-partisan way. Republicans just didn’t have the votes, which means they must now sit through the tedium of testimony and evidence before obediently using their majority to acquit their President.

The trial will be terribly damaging to the United States. It will amplify the divisive and blindly partisan onslaught of vitriol that already dominates the news cycle 24 hours a day, and its scars will linger for years. The U.S. is a country that is still bitterly arguing over the impeachment, 22 years ago, of a president who lied about having sex with an intern; Mr. Trump’s case is guaranteed to have an even longer afterlife.

But the harm done to the truth will be even greater. When the trial is over, and a President who is a pathological liar has received the acquittal he craves, it will more difficult than ever to know what is true and what is false in U.S. politics.

Think about it. There is a remarkable amount of compelling evidence that Mr. Trump pressed the Ukrainian government to interfere with the 2020 U.S. election in exchange for the release of much-needed military aid, and that he tried to obstruct Congress’s investigation into the matter.

The evidence is so outsized that more just keeps bubbling up. On Thursday, a key player in the backdoor effort to get the Ukrainian President to falsely state that his government was investigating Joe Biden, one of Mr. Trump’s potential Democratic opponents in the election in November, claimed Mr. Trump was in on the conspiracy.

Lev Parnas has turned over documents and text messages implicating Mr. Trump and the President’s personal lawyer, Rudy Giuliani. The Ukrainian government has since announced an investigation into the possibility, based on Mr. Parnas’s texts, that Mr. Trump’s allies were illegally surveilling Marie Yovanovitch, the former U.S. ambassador to Ukraine who was fired by the Trump administration.

Not only is there a burgeoning quantity of evidence that has been corroborated by independent sources, but the White House has also never given the public a credible defence of the President’s actions.

Its only counterpunch, led by Mr. Trump on his tsunami of a Twitter feed, has been the febrile argument that all the evidence against the President – every single bit of it – is the invention of his enemies.

What this means is that the trial is likely to produce a compelling, even incontrovertible, case that Mr. Trump tried to squeeze a foreign leader into messing with a U.S. election, yet finish with the Republican-dominated Senate nevertheless summarily acquitting the President. The GOP senators’ decision will be no more sophisticated than a seal clapping its flippers in exchange for a herring.

The final act will involve an all-caps barrage from Mr. Trump, revelling in the acquittal as proof that his impeachment was nothing more than a Democratic hoax.

That will be a disaster – a exclamation point on the Trump era of disinformation, in which fact and evidence are being swamped by lies and mindless partisanry.

There are other possible, less likely, outcomes. One would involve Republican senators facing up to the facts and censuring the President for his actions, even if they refuse to remove him from office.

Another one would see Mr. Trump’s lawyers address the evidence head-on and at least attempt to present a convincing case for acquittal, one the public might be able to swallow. In either of those instances, Mr. Trump’s fate would be left to the best judge and jury of all: the voters.

But the likely outcome is a partisan joke that will leave a country already awash in fake news united on only one thing: that the truth, as Mr. Trump might put it, is for losers. 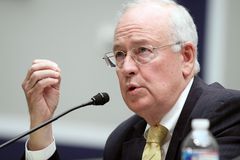 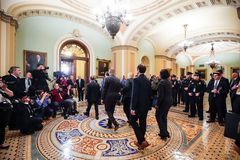 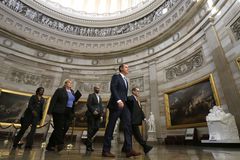