It is always risky to harbour optimism about change coming to the United States' disastrous gun laws. The U.S. is, after all, a country where not even the traumatic slaughter of 20 children in an elementary school was enough to make a real difference.

But where Sandy Hook in 2012 was the school shooting that reassured American gun-rights absolutists that the Second Amendment was immune from the twin complications of decency and common sense, the murders of 17 high-school students and teachers in Parkland, Fla., just over five years later, has had the opposite effect.

Suddenly, the National Rifle Association and its bought-and-paid-for politicians are discovering that offering "thoughts and prayers," and arguing that "now is not the time" to call for reforms, no longer work.

Suddenly, the millions and millions of Americans who want sensible gun control are letting go of their post-Sandy Hook despair and allowing hope back into their thoughts.

It's prudent, though – if only for one's emotional well-being – to ask whether this new hope is well-founded. Is something different this time?

Maybe. The Parkland slaughter – the 30th mass shooting of 2018 – has happened at a moment when progressive political activism is resurgent in the U.S., thanks to Donald Trump's election. Witness the #MeToo movement, among others.

Another difference is the nature of the survivors. Marjory Stoneman Douglas High School in Parkland is clearly a good school; its students are smart and well-versed in Civics 101. They believe that their lives and those of other American students are being sacrificed in the name of the NRA's radical agenda, and they don't like it.

There is little more formidable than angry teenagers who know they are in the right. The Parkland survivors easily held their own in a televised debate this week with an NRA spokeswoman and a senator in the NRA's pay.

Just as impressively, they are organizing national protest marches in Washington, D.C., and around their country on March 24. They have real momentum and growing support.

This has unsettled the NRA. On Thursday, its spokespeople lashed out. They attacked the media and the Justice Department, and raised the spectre of a "socialist" movement whose goal is to "eradicate all individual freedoms."

The contention that grief-stricken high-school students are a communist fifth column attempting to overthrow America is highly discreditable. But, for the past 40 years, that kind of NRA radicalism – along with hundreds of millions of dollars in annual political donations – has prevented Washington and many state governments from restricting the military-style assault rifles used in mass killings.

We don't know yet whether the NRA will carry the day once again, and no one should bet against it.

On the other hand, there are many things that work in the Parkland survivors' favour. One is that, for all its power, the NRA has only five-million members. In a country of almost 327-million people, that's a drop in the bucket.

Another is that there is a direct correlation between the frequency of mass shootings in the U.S. and its lax gun laws. Studies keep showing this. Other studies have shown that more guns doesn't mean less crime, and that owning a gun leads to a higher likelihood of being killed by one.

Basically, the most dramatic effect of the NRA's intransigence has been to make all U.S. crime far more lethal, and suicides attempted in a moment of crisis far more fatal.

There is also proof that gun control works. The Sandy Hook massacre was not entirely for naught: Connecticut subsequently banned assault rifles and high-capacity magazines, and retroactively enforced stricter registration rules and background checks. Gun deaths in the state fell 27 per cent between 2012 and 2016.

And then there is the fact that poll after poll has shown majority support for stricter gun laws, even among gun owners. This includes a ban on assault rifles and a call for universal background checks, even for private sales.

The NRA argument – that an American is only truly free if he can purchase an assault weapon in the morning and use it to hunt squirrels in the afternoon – has lost its appeal. If the Parkland survivors translate this moment into a movement as loud and organized as that of the NRA, they may well change their country. Which is exactly what their generation is supposed to do. 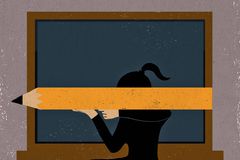 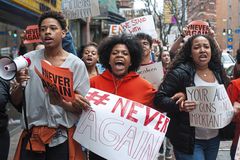 Opinion
The alternatives have been exhausted, it’s time for an America with fewer guns
February 23, 2018 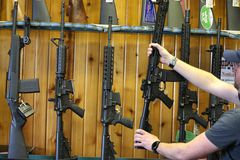 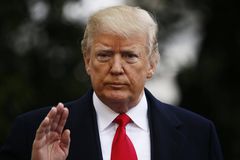