As Conservative Leader Stephen Harper pointed out during the first leaders debate, the oil industry is only a small part of the Canadian economy. (Yes, he really said that. Yes, he's right.) And the pipelines that move oil are, economically speaking, only a small part of that small part. Yet pipelines have become the flashpoint. A whole series of debates over global warming, carbon emissions, oil spills and even jobs have been reduced to battles over pipe.

So where does each of the parties stand on pipelines?

Two parties – the Conservatives and the Greens – have the clearest positions, which just happen to be diametrically opposed. The Liberal and New Democratic positions are, depending on where you sit, either harder to pin down or more nuanced.

"Let me be clear" is a favourite phrase of the Conservative leader. And when it comes to pipelines, Mr. Harper has been crystal clear. As prime minister, he and his government forcefully backed the building of pipelines to get Canadian oil to market, whether headed west to the Pacific (the Trans Mountain pipeline expansion and Northern Gateway), south to the United States (Keystone XL) or east to the Atlantic (Energy East).

And the Harper government did not just back pipelines in principle, leaving precise routes and conditions to be worked out between private business and independent regulators. Particularly in the case of Northern Gateway, the government turned itself into its chief advocate and cheerleader. That is problematic. The environmental and regulatory review of a pipeline project by regulators such as the National Energy Board must be robust, and for it to earn public trust it must be perceived as independent.

The result of the Harper government's cheerleading has been the opposite of what was intended. After seven years of fruitless advocacy, Keystone XL remains unbuilt. Northern Gateway is in limbo, or worse. It's difficult to argue the Conservative approach has made the building of pipelines any easier.

The other party with a clear position is the Greens. Leader Elizabeth May opposes all of the major pipe proposals. The Green platform also promises to "pass legislation to keep Canada's West Coast crude oil supertanker-free," and pledges "that a new West Coast oil bitumen-diluent port will not be built."

The Greens say they are not in principle opposed to all oil production, or even to oil moving by pipeline. But they believe pipe carrying diluent – raw bitumen mixed with other chemicals – is environmentally dangerous, and involves shipping refining jobs overseas. The Harper government is thumbs-up on all four major pipeline proposals; the Greens are thumbs-down on all four.

The Liberal and NDP positions are more complicated. Given the mix of voters they are seeking, they have had no choice but to do a careful political balancing act. The result can sound wishy-washy and indecisive. But there may be real economic and environmental logic in the middle way.

Over the past week, NDP Leader Tom Mulcair has repeatedly encountered protesters against Energy East. The proposed project aims to move Alberta crude to refineries in Quebec and Nova Scotia, with oil also exported from ports that now import foreign crude. Mr. Mulcair was once a clear proponent of the plan, but the NDP position has since evolved to neither favouring nor opposing Energy East – instead advocating that such a determination be made by some kind of renewed, stronger environmental review process.

Liberal Leader Justin Trudeau has been saying essentially the same thing. He says Canadian oil has to move to market, but he has carefully avoided pronouncing for or against Energy East, arguing that to do so would pre-empt the review. The Liberals, like the NDP, want to bring in "a new, comprehensive, timely and fair process that restores robust oversight, ensures decisions are evidence-based, and allows the public to meaningfully participate." Mr. Trudeau would also have greenhouse-gas emissions taken into consideration in this review process. Ditto Mr. Mulcair.

Yes, the Liberal and NDP approaches are politically convenient. But they could also be a way out of the impasse Canada finds itself in. Opposing Energy East on principle is as bad an idea as going to bat for Northern Gateway on principle. Government should be setting the rules of the game, including the environmental rules – not picking winners. Let the market do that. In theory, the Conservatives should be the party most comfortable with this approach. In practice, they've been the least comfortable.

Canada needs a federal government that favours moving Canadian oil to market as cheaply, efficiently and expeditiously as possible. The Harper government was right to push this item to the top of the agenda. It was right to say that Canada needs new pipelines. But Canada also needs stronger, clearer environmental rules for pipeline approval, and public trust in those rules. The government of the day should be able to step back and leave it to respected regulators to determine which privately-built projects pass muster. The next government must also set tighter greenhouse-gas emission limits – and leave it to the market to figure out how to most efficiently hit those targets.

These objectives are not diametrically opposed. Being solely pro-pipe or singularly pro-environment may be the easiest sell to voters. But Canada needs both. It's a subject we'll return to next week. 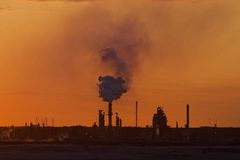 Opinion
Will voters get the oil sands debate they deserve?
August 10, 2015 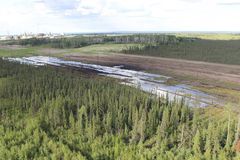