It is virtually unheard of for a police officer, especially one in a senior role, to simultaneously contradict the two most sacred tenets of his profession: that a cop should never break ranks; and that police departments constantly need to add new officers in order to keep crime at bay. But Peter Sloly, a deputy police chief in Toronto, did just that last week.

"Until policing stops being focused and driven on that reactive enforcement model, it will continue to be exponentially costly," Mr. Sloly said. "We can probably drop ourselves by several hundred police officers, which represents tens of millions of dollars."

Mr. Sloly's critics immediately pointed out that he had been turned down for the job of police chief last year after being told the position was his to lose. "Sour grapes," said the head of the police union. But, as one local columnist slyly noted, it's hard to tell whether Mr. Sloly said these things because he didn't get the job, or didn't get the job because he says these kinds of things. The conclusion of most observers is that it's the latter.

Far more important than imputed motives is the fact that Mr. Sloly raised an important and timely issue. Much of what he said can be linked to a series of recent reports, including one made to the Toronto Police Services Board last year, which detail how outdated thinking has meant that we have too many police officers in this country.

Mr. Sloly's broadside came after the Police Services Board submitted to city council its highest budget proposal in history, one that topped $1-billion. In Canada as a whole, the cost of policing at the federal, provincial and municipal levels has risen faster than the rate of inflation for the past 20 years, even as the crime rate has dropped significantly.

The vast majority of policing costs – up to 90 per cent – are the ever-expanding salaries of uniformed officers, of which there are more and more. According to Statistics Canada, there were 188 officers per 100,000 Canadians in 2003, and 202 in 2012. The cost of policing across Canada that year was $13.5-billion.

"A broad consensus is emerging among all levels of government that police risk pricing themselves out of business," said one report published by the Macdonald-Laurier Institute in 2014.

Of course, policing is never going to go out of business. It's an integral part of civil society. Do away with law enforcement and everyday life would look like a scene from Mad Max. Furthermore, policing has gotten more complicated in the past quarter-century. Officers today have to deal with many more mentally ill people than in the days when patients were locked away in grim institutions. Cybercrime and terrorism are also new realities.

On the other hand, from the 1990s to today, there has been no conclusive link made between adding more cops and getting less crime. Researchers are split on the subject: Some see a correlation while just as many see our aging population, stiffer sentences and better crime-prevention as factors in a crime rate that keeps dropping.

Police unions are, of course, on the side of those who say more cops equals safer streets. They are the first to challenge any hint of a budget cut by warning of apocalyptic consequences wherein normal society is turned on its head and criminals run wild, cats chase dogs up trees and houses spontaneously combust.

But that's a distraction from Mr. Sloly's point: Smarter practices and better technology mean police forces might not need as many uniformed, sworn officers as they currently have.

The report last year to the Toronto Police Services Board pulled together dozens of best practices that have allowed police departments around the world to reduce staffing while increasing the effectiveness of their patrols. Other reports, including the one from the Macdonald-Laurier Institute, have similar recommendations. Their essential point is the same, though – that it makes no sense having an armed, trained police officer earning $100,000 a year directing traffic, investigating bylaw infractions, typing up notes from a taped interview, providing courthouse security, or doing any number of jobs that are below their pay grade.

Half of the calls for service handled by police do not involve an emergency or a crime in progress and could be given to lower-paid civilian staff trained in forensics and victim support. This includes crime-scene investigations, as is being done in the U.K. and some American cities. As well, private firms can and do handle security at many courthouses, a job done by police in Toronto and elsewhere.

The most radical proposal out there is for the cross-training of police officers, firefighters and ambulance personnel so that they can be used in all three roles as needed, creating economies of scale. This is being done successfully in one California city and is much needed in Toronto, where firefighters already spend the majority of their shifts as first responders to medical incidents.

Other efficiencies can be found through technology; for instance, using data about when and where crimes are being committed to create more effective staffing during shifts, or outfitting police cars with GPS trackers so dispatchers can send the closest one.

These are just some of the modernizations already in use that challenge the orthodoxy of employing vast numbers of police officers (Toronto has more than 5,200 sworn members), all paid high wages but spending much of their time doing minor jobs that don't call on the skills and training that earned them those high wages in the first place.

Toronto's police chief, Mark Saunders – the candidate who got the job that Mr. Sloly coveted – says he wants to bring his force into the 21st century, but it's clear that his mandate is to do so slowly. Mr. Sloly wanted to move quickly. If he leaves his job in Toronto, as now seems likely, some forward-thinking Canadian police department should hire him. 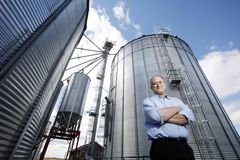 Curbing the use of police background checks
December 6, 2015 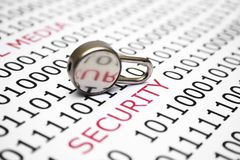