Prime Minister Stephen Harper is regrouping this spring in his attempt to bring about the election of very powerful senators with fixed eight-year terms. This would change the structure and dynamics of power at the federal level in Canada more dramatically than anything seen since Confederation in 1867, including the Charter of Rights and Freedoms.

Under Canada's Constitution, the existing Senate is equal in power to the House of Commons in proposing and approving legislation, with the exception of money bills (i.e., budgets) and constitutional amendments (where the Senate holds only a suspensive veto). Read literally, Senate approval is required for almost all legislation emanating from the House of Commons - a power that is rarely used against the Commons because senators are appointed, and therefore lack the democratic authority to override the elected Commons.

If senators were elected and could exercise their formal powers, Canada would embrace the worst of the congressional system in the United States, with its multiple vetoes and constipating dissipation of authority to govern. The election of the currently empowered Senate in Canada would:

In sum, empowering the current eunuch of a Senate, by having it elected, would import much of the American political dynamic (or disease), a profoundly significant change.

Can Mr. Harper unilaterally bring this about, when the Meech Lake and Charlottetown accords could not?

You wouldn't think so. Section 42 (1) (b) of the Constitution Act, 1982, states unambiguously that the approval of the Senate, House of Commons and seven provinces constituting half the population of the provinces is required if there are to be changes to "the powers of the Senate, and the method of selecting senators."

The method of selecting senators is described by Section 24 of the Constitution Act, 1867, which says that senators shall be "summoned" or appointed by the governor-general (i.e., the prime minister) - the practice followed for 143 years.

It is entirely logical that a constitutional amendment should be required to alter an existing provision about a profoundly important aspect of Canadian democracy. But Mr. Harper believes he has found away around this, knowing that major provinces would oppose an elected Senate with its current powers. (They agreed to an elected Senate in the Charlottetown accord, only because its effective powers were substantially reduced.)

In December, 2006, the Harper government introduced the Senate Appointment Consultations Act (C-43), reintroduced in 2007 (C-20). By this act, the federal government would call for the election of candidates in each province to be considered for appointment by the prime minister to the Senate. Thus, while the "method of selecting senators" appears to remain the same - appointment by the prime minister - their status is profoundly altered by their earlier election.

The fact that senators were originally elected would trump the fact of their subsequent appointment, suddenly empowering the existing Senate - the whole point of the Harper bill.

Bills C-43 and C-20 died on the order paper, and Mr. Harper introduced an altered version this week, probably fearing a constitutional challenge. He punted the ball to the provinces, inviting each to elect its candidates, which he would then consider appointing. Alberta has already done this and others might follow suit, eventually pressuring the holdout provinces and slipping an elected Senate into being, one province at a time. This is another, wilier route to the same end - an elected Senate without a constitutional amendment - and subject to the same objections in process and substance.

It is ironic that Mr. Harper is pursuing a radical structural erosion of the government's power, given his own stark centralization of control within the Prime Minister's Office. So what is the motivation, given the predictable burdens of a second elected house?

Mr. Harper came of political age in Alberta during the 1980s, when the "Triple-E" Senate movement (equal, elected, effective) was at its height. Relatively small Alberta wanted protection against majority-rule actions such as the National Energy Policy, and saw Senate reform as a means to frustrate and even prevent significant federal legislation on many fronts. The Triple-E senate would give Alberta (among others) disproportionate power to obstruct federal legislation, whatever party governed Ottawa - precisely the American ideal.

Senators recently appointed from Ontario and Quebec might be expected to oppose such an outlook - but they are Conservatives (not Progressive Conservatives) - and likely share a desire to build structural roadblocks to activist government in Ottawa as a matter of principle. The power of a few elected senators could derail all manner of legislation offensive to Conservatives, whoever may hold a majority in Parliament.

Thus we see the marriage of a regional desire to permanently frustrate federal power with an ideological desire to do so. The very warning flags that some of us see arising from an elected Senate are banners of hope from other points of view.

Whatever the motivation, Mr. Harper's recurring legislation is a clear attempt to circumvent the Constitution in the service of a radical change to the distribution, structure and dynamics of political power. Following on the legal principle that a government cannot do through a second channel what the Constitution prevents it from doing through the first, you would think such a manoeuvre would be widely dissed and dismissed as ultra vires.

But it has not been so in the legal community, whose encouraging contemplation of this end run around the word and intent of the Constitution seems akin to complacent complicity. Nor has this initiative been clearly examined for its significance in our media (with few exceptions) - a striking failure of insight and oversight in Canadian journalism.

Mr. Harper commands a minority of seats in Parliament (based on 37.7 per cent of the popular vote in the last federal election). The New Democrats and the Bloc Québécois favour abolition of the Senate (although the NDP may be willing to consider election if abolition fails). And the Liberals properly say: "Senate reform must be done in accordance with Canada's Constitution, and not unilaterally." So Mr. Harper appears to be stymied in the Commons.

At the right time, though, Mr. Harper might make this bill one ground for an election, knowing that, except in Quebec, public opinion polls support an elected Senate (in the absence of serious debate) by more than 60 per cent. In search of a majority government, Mr. Harper would argue that we need a "democratic Senate" through elections - a superficially attractive point, save that it ignores the consequence for the democratic system in Canada as a whole. Canada is clearly democratic now: The question is not whether the Senate is "democratic," but whether we should radically alter the structure of Canada's democracy by adding an elected Senate to the mix. If the answer is no, we could tolerate the status quo, or abolish the Senate entirely.

A DECISION ON CONSTITUTIONALITY

(In Britain, Gordon Brown is proposing election of the House of Lords - to be renamed the Senate - as evidence of his democratic-reform credentials. Such a move would have similarly radical consequences for the structure of power in Britain.)

Mr. Harper would also need a majority in the Senate itself to approve such legislation, and on such a dubious bill, even unelected senators might balk. But Mr. Harper has appointed 32 Conservative senators in the past two years on the explicit condition that they support his legislation to elect senators. There are now 51 Conservatives in a Senate of 105 members - much closer to the number required.

It is apparent that a Harper majority in the Commons, matched to a Conservative majority in the Senate, would create grounds for passing some version of the Senate Appointments Consultation Act, and set the stage for a Supreme Court decision on its constitutionality.

In contrast to the United States, Canada's democracy is of an Edmund Burke kind - an accountable mandate for a program writ large by representatives with a fair degree of autonomy and discretion operating within a disciplined team. The election of a powerful Senate that is entirely unrepresentative of Canada's population would distinctly undermine the capacity for efficient, accountable government in Ottawa, and alter the very fabric of federalism itself.

The Harper government's sly attempt to achieve this profoundly Americanizing shift through a bit of ordinary legislation in the face of the Constitution and experience in both Canadian and American history merits sober second thought indeed. Let's not let it happen. 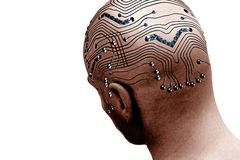 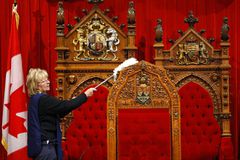