Maziar Bahari is an Iranian-Canadian journalist, author and filmmaker. His latest film is To Light a Candle.

Across the country, Canadian schoolchildren are celebrating Freedom to Read week, a public affirmation of freedom of expression through the process of education. The right to read, write and express one's thoughts should never be denied because an idea is unpopular. Yet, for thousands of Baha'i students in Iran, their ideas have led the government to ban them from attending university.

In 2009, I returned from Canada to my native Iran to cover the presidential elections for Newsweek. My journalism landed me in prison on trumped-up charges, a brutal experience brought to life by Jon Stewart in his recent film Rosewater. While I cannot safely return to Iran in the foreseeable future, I still want to speak out for free expression and the right to hold unpopular ideas there.

Soon after the 1979 revolution, Iran's new government kicked Baha'i students out of all universities and fired Baha'i professors. Baha'is are the largest non-Muslim religious minority in Iran, and part of a worldwide community that upholds ideas of non-violence, universal compulsory education and the equality of men and women. Hard-liners in the government see them and their ideas as a threat to their rigid orthodoxy, which can only be neutralized by removing Baha'is from public life. Denying them access to higher education is a key part of this strategy.

I'm not a Baha'i, but the story of this community highlights a unique response to government oppression, and exposes a modern and progressive current within Iranian society. Rather than responding with violence to decades of state-sponsored repression, the Baha'i community organized a quiet and decentralized program of higher education to meet the unmet needs of thousands of banned students across the country. They used the latest technology and the best human capital – including professors hailing from the world's top universities. This initiative, called the Baha'i Institute for Higher Education, has drawn on a global network of academics for instruction, and has sent its graduates to PhD programs around the world – including many Canadian universities.

The Iranian government has repeatedly attacked the BIHE by interrupting seminars, confiscating equipment and jailing instructors and administrators. Several of those currently in prison for the crime of "committing education" are four young adults who came to Canada for graduate studies, then returned to Iran to continue teaching with the BIHE. They knew of the danger facing them there, but went back to work for the betterment of their country. Two of these Canadian-educated teachers have a small child who is being raised by their relatives while they languish in prison.

Hopes have recently grown brighter for a Western rapprochement with Iran on the nuclear question. In the meantime, however, the United Nations has raised the alarm that human-rights abuses and persecution of the Baha'is by state-sponsored agents have intensified. There are more than 100 Baha'is in Iranian prisons on made-up charges that disguise the real reasons for their persecution: They espouse ideas and beliefs that the government wants to repress. The international community has been vocal in its criticism, and Canada has done its part to lead the chorus at the United Nations.

There is a need, however, for a new groundswell of support for the Baha'is in Iran. For more than 35 years, they have refused to be victims. Baha'is have faced the systematic execution of their leadership, the desecration of their cemeteries, the destruction of their holy sites and the effort to deny entire generations access to intellectual attainment in the sciences and arts. Undeterred by ceaseless harassment and vilification, Baha'is continue to contribute to the progress of Iran by persisting with their efforts to expand access to education. They deserve our attention and solidarity.

On Friday, Feb. 27, I am being joined by Nobel laureates Archbishop Desmond Tutu, Shirin Ebadi, Mairead Maguire, Jody Williams and Tawakkol Karman to launch a global day of action called Education Is Not a Crime. In more than 90 communities across Canada, local groups are gathering to show a film I produced about the response of the Baha'i community to oppression in Iran. They will be joined by thousands more around the world, each raising their voice as part of an international effort to awaken the Iranian government to the absurdity of putting people in jail for teaching such subversive subjects as business administration, engineering, English and psychology.

Opinion
Everyone talks nukes, but don’t forget about Iran’s imprisoned Baha’i leaders
May 9, 2013 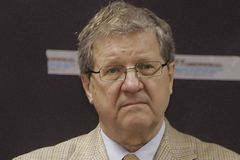 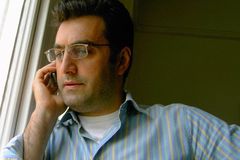 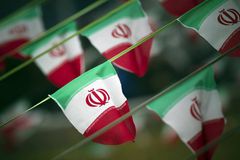