Dave Bidini is a member of Rheostatics

It sucks when bands end. I've ended one, and I've been ended by bands I love. But if I've learned anything, it's this: endings are unreliable concepts in art. Songs, albums, shows, lyrics, tour posters and that shimmering acoustic line in Ahead by a Century: these are the things that count. One day in the brilliant future we'll be riding in our cars or jet packs and we'll slam our hands on the steering wheel or direction toggle listening to Nautical Disaster and we won't think of the end. We'll only think of how we feel, which will be righteous, free and joyful. And then, maybe, a little sad.

I've been trying to distance myself from the Tragically Hip's triumphant Canadian tour as a way of affecting a cold-eyed literary perspective for the purposes of writing the kind of piece you're reading now, but it's been hard for me, and, frankly, I've given up. If the Hip are a complicated series of pulleys and ropes, maybe a lift lock, or an old Ontario mill, I was once entangled in them, having skijored across Canada in the 1990s opening for the band. Living in their orbit – and counting them as friends in the aftermath – we shared an intimacy that included an understanding of the fragility of the dream.

After a discussion about how hard it was to keep a group together, Gord Downie once said, "There are some nights when I say to myself: So this is how it feels when it's over." We nodded at his words and said nothing, because we didn't have to.

Every band exists with the end perched on their shoulder; more of a black crow than a brightly-plumed parrot. Most bands end while roasting hot dogs over a barrel-fire in the back of a 7-11. In Canada, the legion of forgotten bands would swallow the legion of those remembered, which is why these last few weeks have been so great: it's been our chance to believe that music actually matters to us in this country. Only a handful of times in our history has a single event drawn us together. Many of them happened on American television, so they don't count. The obvious comparison is the 1972 Canada-Russia series, partly because the Hip wrote a great song about it, Fireworks, and partly because it echoes one of my favourite Gord Downie quotes, which came after announcers on Boston radio equalled the attention surrounding the Henderson goal to the JFK assassination:

Gord and I were close for many years. Then time got in the way. I don't know why. But I know this: During my darkest times, a time of loss, he was there for me and my wife. We came home one morning in the wreckage of our lives to find he'd left something for us on our doorstep. It was music. We danced to it in the kitchen, and the light started to come back.

Canada is good when it's viewed and heard through the Tragically Hip, and the Tragically Hip is good when they're viewed and heard through us. No other band stretched our potential as a nation of popular art. They put weird songs on the radio. They put thousands in stadiums listening to strange, wild jams. They wrestled our inherent Presbyterianism and won over a public that, more often than not, demurred when it came to stronger flavours. They offered an anti-hero as hero who was as interested in promoting his brand and chiselling his image as he was selling cars or soap or gasoline. For all of their commercial proportions, the Tragically Hip weren't a commercial band. They have a sense of composure, and dignity. And grace, too.

In terms of history, and the history of art in Canada, we scramble to celebrate what's good or who's done what and why this thing or that person matters, but it's often in the greasy sizzle of a sudden trend or in the twinkling glimmer of the rear-view mirror. But with the Hip, we were given the chance to cheer them not through museum glass, but in the hot thrall of the moment. We were able to point to them – point to Gord, whose courage as a performer will be forever burnt into our imagination – as they deadheaded across the country.

We came from the north to the south and from the west to the east. It was summertime. We saw old friends, made new ones. We ate and joked and danced and got high. We were together. Together. A band did this. The end felt too good to be called that. Some might have even confused it for a beginning. 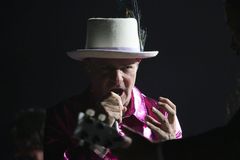 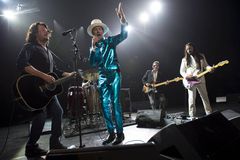 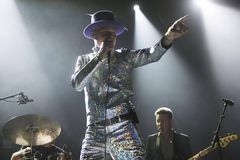 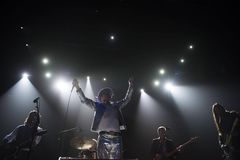