It's doubtful Alberta Premier Rachel Notley will heed the calls to ramp up her trade war with British Columbia – at least not immediately.

The federal government has moved in to calm the waters, and try and get a civil conversation going again between the two provinces. And despite Alberta's decision on Friday to establish a task force to examine further retaliatory measures, there's reason to believe Ottawa may be able to secure at least a temporary suspension of hostilities.

On the surface, there does not appear to be an easy path to a lasting peace. Obviously, Alberta is not going to change its position on the Trans Mountain pipeline. The province needs it to secure its economic prosperity for years to come. The NDP government in B.C., meantime, has vowed to use every means possible to thwart the project from going ahead.

There will be no deviation from those fundamental positions.

However, the issue that sparked the boycott Alberta has initiated against British Columbia wine is another matter entirely. That was the unexpected announcement by the B.C. government at the end of last month that it would be conducting further studies into the consequences of an oil leak. It also threatened to impose restrictions on any increase in the transportation of bitumen in the province until the behaviour of the product in a spill scenario was better understood.

This initiative was seen as a deliberate act of provocation, creating a needless contretemps in an already volatile situation. In the process, it set two friends, Alberta and B.C., against each other in a way one can't ever recall.

Now the question is: How can the situation be remedied without either side losing face?

The answer may lie in a little-publicized announcement the federal government made last December, committing $80-million in new science funding to improve knowledge and technologies "that will help mitigate and prevent marine incidents such as oil spills." Part of the money will go towards improving "our collective understanding of how oil spills behave, how best to clean and contain them and how best to minimize their environment impacts."

If this sounds familiar, it should, because the research endeavour being undertaken by the B.C. government – the one that set Alberta off – covers much of the same terrain. What if B.C. agreed to let the federal government take control of this initiative and backed away from its own plans in this regard? The government could say that it was not abandoning its principles, only agreeing that there was no need to duplicate efforts. If B.C. took a step back from its planned measures, it would make sense that Alberta would have to reconsider the trade actions it took in response to them.

This possible scenario was apparently discussed in meetings between the federal government and B.C. this week. Whether it's ultimately an outcome B.C. – and Alberta – can live with, we don't know. But this looks like the best hope for bringing some serenity to the situation.

Now, even if this does lead to a temporary détente, if it persuades Alberta to end its boycott of B.C. wine, it will likely be some time before the hard feelings created by this messy situation are smoothed over.

Just as Alberta felt blindsided by the additional environmental measures B.C. announced at the end of January, B.C. felt equally caught off guard by the wine trade sanction. The affair has likely damaged a friendship between Premiers Notley and John Horgan that goes back years. Each has taken a fairly bloody-minded approach to the pipeline issue, as it is crucial to their respective futures. Ms. Notley needs to see Trans Mountain get built, Mr. Horgan has to be seen as doing everything possible to get it stopped.

Ms. Notley likely has also harmed her relationship with Prime Minister Justin Trudeau, by suggesting he needed to step up and show some leadership on this file. No prime minister likes being called out this way, being told that the future of Confederation is being risked by his inaction. And Mr. Trudeau is no exception.

While that demand might play well in the oil clubs of Calgary, Ms. Notley knows there isn't much Mr. Trudeau can do immediately to quell the rocky waters here. The future of Trans Mountain is almost certainly going to be determined in a court room, somewhere, and not be any edict from the Prime Minister's office or the start of a trade war. 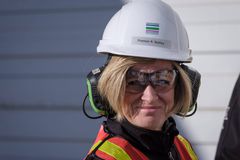 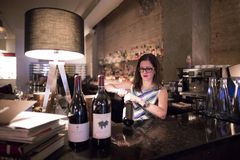 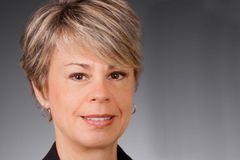