Things are pretty bleak for women in academia, we learned this week. Female academics face subtle biases in hiring and promotion. Decent child care is hard to find. "Gaps in recognition" leave them feeling sad and blue. Women make up a third of all full-time faculty, but just 21.7 per cent of full professors. Despite 40 years of lip service to equal opportunity, they are still being shortchanged and overlooked.

"Many [women] are not having the same access as men," said Dr. Lorna Marsden, who chaired the panel that issued a damning report (Strengthening Canada's Research Capacity: The Gender Dimension). "And if that holds for women, it would hold for other minority groups in our society."

What's worse, the men are hogging all the research money. That's because most of that money flows to science, technology and engineering. And most of the researchers in those fields are men. And we know why that is. Women are discouraged from entering those fields because of socialization and stereotypes and the "chilly climate" they face if they do.

Nowhere in the entire 252-page report is there an inkling that anything but men and culture might be to blame for this sorry state of affairs. Nowhere is there any speculation as to why this gender imbalance exists in every developed country – including those with better child care. Nowhere is there a hint that one reason more women aren't entering these fields is that maybe they don't want to.

Don't get me wrong. I approve of doing more to recruit young women into science. I love it when girls take the prize at science fairs. Today, women get 24 per cent of all the PhDs awarded in the physical sciences, computers, engineering and math. Academically, they do just as well as men and often better. That's great. Or is it? Should we aim for nothing less than 50-50? By the way, should we do the same for kindergarten teachers?

We now have plenty of evidence showing that even as equality of opportunity has grown, women continue to express different career preferences than men. Even women who are great at math are more likely to be fascinated by other people than by terabytes, ohms and quarks. But men who are great at math generally prefer to devote their careers to small rotating objects, not kindergarteners.

Yet as far as this report is concerned, it's all about discrimination – both subtle and systemic. Its ideas and its language are as dated as the shoulder pads I used to wear in 1982. The authors – all senior academics, with some gender-studies experts – also claim that the feminization of science and technology would be a very healthy thing. After all, engineering isn't just about making sure that bridges don't fall down. "Variables such as gender, indigeneity, ethnicity, socio-economic status, and sexuality can affect knowledge perspectives," they say. In case you doubt this, they have proof. As an example of the valuable perspective that women can bring, they cite the female engineer who designed a ferry terminal and put diaper-changing tables into both the women's and men's washrooms. So there!

The panic over women in science goes back for years. This particular panic began in 2008, when the results of the first Canada Excellence Research Chairs competition were announced. These were world-class research awards worth millions. To everybody's horror, all 19 of the recipients (who were chosen independently) were men. It was a PR disaster, and the Minister of Industry hastily called an investigation to find out why no women had been selected. The answer turned out to be not all that sensational. The awards had been targeted only to the most senior international researchers in the hard sciences – full professors with at least 25 years' experience. At that time, very few women were in a position to qualify. But the optics were so bad that the government commissioned yet another report – this one.

Canada desperately needs to strengthen its competitiveness in the so-called STEM fields – science, technology, engineering and mathematics. Unfortunately, adopting the recommendations in this report would be a giant step back. In effect, Dr. Marsden and her team want to dilute our research efforts by politicizing the way the money gets handed out. For example, they want more money to go to younger and more junior academics (so that more women will be eligible). They also want to divert more money to areas outside the hard sciences, which are far more female-intensive.

Is gender parity more important than excellence in science? Some people think so. In the U.S., there's widespread talk of extending Title IX to STEM fields. Title IX is the legislation that requires colleges to fund women's sports at the same level as men's. Because women have far less interest in playing sports than men do, Title IX dealt a heavy blow to men's athletics and sent colleges scrambling to assemble women's volleyball teams so that their funds wouldn't be cut off. Saner heads worry that Title IX might do the same thing to academic research.

Personally, I think it's about time we admit that some academic areas matter much more than others, and deserve much more money. And if some of those areas are dominated by men, so what? The stakes are too high to play gender politics. That's not what India and China are doing. Neither should we. 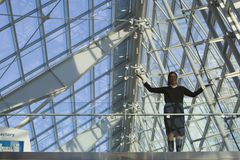 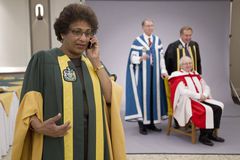