Parliament will decide." Mackenzie King offered this dictum repeatedly almost from the time he became prime minister of Canada in the early 1920s through to the outbreak of war in September, 1939. For King, that simple phrase was his way of evading commitments to Britain in advance of any crisis.

And if a crisis - as at Chanak in Turkey in September, 1922, when Britain almost found itself at war with the Turks and tried to commit the dominions to battle without consultation - was unpalatable, "Parliament will decide" was the way to evade action completely. At the time of Chanak, the House of Commons was in recess, and by the time the members returned to Ottawa, the crisis had blown over. Parliament, happily for King, did not need to decide anything.

Nonetheless, King's position was the right one. After August, 1914, when Britain's declaration of war bound its Canadian Dominion to action with no say of its own, automaticity was no longer satisfactory. The country had torn itself apart over conscription for overseas service in 1917 and 1918, and Canadian unity had been shredded by vicious political warfare between French and English Canadians.

The Statute of Westminster of 1931, negotiated by King's government but enacted in Britain when the Conservative government of R.B. Bennett was in office, had been a declaration of independence, giving Canada the powers in foreign policy to accompany its full control over domestic policy.

But if the nation was independent in fact, it did nothing to exert itself on the international stage. In power again from 1935, King said little as the world drifted toward war. If they listened at all, the Nazis, the Fascists and the militarists in Tokyo heard only "Parliament will decide" from Ottawa.

To the prime minister, the delicate nature of Canadian public opinion meant that it was better to say as little as possible about foreign and defence policy. The newspapers in Quebec were against all wars, cool to Britain, isolationist in their approach. The English-speaking media tended to believe that Britain was always right in foreign policy, no matter if London was for appeasement or war or anything in between.

Moreover, many of the few specialists in foreign policy doubted if the Statute of Westminster gave Ottawa the right to stay out of a British war or even to make a separate declaration of war. The king of Britain was the king of Canada, and the Crown was indivisible, wasn't it? Mackenzie King would not be drawn. "Parliament will decide."

Thus, when Adolf Hitler sent the Wehrmacht into Poland on Sept. 1, 1939, and two days later, Britain and France declared war on Berlin, no one truly knew what Canada might do. The British high commissioner in Ottawa believed that Canada would go to war, but he was unsure. President Franklin Delano Roosevelt called King to ask if Canada was still at peace, unsure whether the U.S. Neutrality Act had to come into effect. No, FDR was assured, Canada was not yet at war. "Parliament will decide."

And Parliament did. Summoned back to Ottawa, the members of the House of Commons and the Senate heard the governor-general, Lord Tweedsmuir, tell them that the government proposed to go to war at Britain's side. Yes, the country's tiny regular military and naval forces and weak reserves had been called to the colours; yes, action had begun to round up potential subversives under authority of the War Measures Act of 1914; but no, Canada was not yet at war and would not be at war until the Speech from the Throne was accepted by Parliament. Then, and only then, could George VI, king of Canada, declare war on behalf of the Dominion of Canada.

Parliament had to decide and on Sept. 9, Parliament did, almost with unanimity. The next day, the king declared war. Canada had gone to war one week after Britain, the Crown had proved to be divisible and the independence given by the Statute of Westminster had been demonstrated to be genuine.

Some had feared that riots in Montreal and Quebec City might accompany any declaration of war, but Mackenzie King's delicate dance - and his promise that there would be no overseas conscription in this war - had kept all quiet. British-leaning constitutional scholars were as unhappy as French-speaking neutralists, but no one threw rocks.

The Canadian people had been consulted. Parliament had decided. That was enough to ensure a form of unity.

Seventy years later, King's formula has often been forgotten. Canada frequently sent large contingents of troops abroad without a declaration of war and sometimes without even a "take note" debate in the House. But Prime Minister Stephen Harper held votes in Parliament in 2006 and 2008 on the Afghanistan mission, and he told ABC News last month that "we require that military deployments ... be supported by the Parliament of Canada."

His is the right way to proceed. As Mackenzie King also understood, no substantial Canadian force should ever be deployed abroad without a vote of Parliament. Representing the people of Canada, Parliament must decide before our soldiers go abroad to fight or even to keep the peace.

J.L. Granatstein is a historian and senior research fellow of the Canadian Defence and Foreign Affairs Institute.

Opinion
Should the Commons vote on deploying the Forces?
November 24, 2010 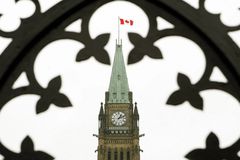 Opinion
What's next for Canada in Afghanistan?
September 29, 2009 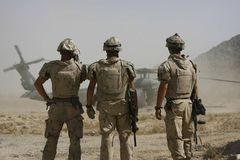 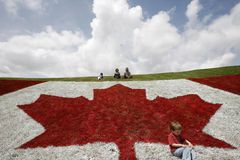 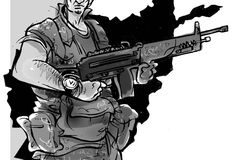 Opinion
It's all about Canada
February 19, 2009
Follow us on Twitter @globedebate Opens in a new window
Report an error
Due to technical reasons, we have temporarily removed commenting from our articles. We hope to have this fixed soon. Thank you for your patience. If you are looking to give feedback on our new site, please send it along to feedback@globeandmail.com. If you want to write a letter to the editor, please forward to letters@globeandmail.com.
Comments