To the casual observer, recent headline-makers Hugh Hefner and Winston Churchill don't appear to have a lot in common. One became the world's most famous playboy parlaying images of and proximity to naked women into a multibillion-dollar entertainment empire. The other capped his career as the most respected wartime prime minister with a Nobel Prize for literature. Then, last week, 45 years after his demise, Churchill's dentures were auctioned off for thousands of dollars; it's hard to imagine Mr. Hefner's clackers ever commanding similar interest.

But the two men apparently share an attachment to their legacies and how they might be perceived by those who succeed them. Britain's great orator famously declared: "History will be kind to me for I intend to write it."

And this week, a documentary about Mr. Hefner aims to recast the 84-year-old founder of Playboy magazine as a crusader for equal rights.

Although the bathrobe-clad media magnate with a penchant for multiple blondes is merely the subject of the film, not its director, he's actively promoting the movie, and early reviews suggest it treats him with autobiographical reverence. It reportedly emphasizes his "heroic" defence of press freedom (miraculously skirting the blatant self-interest involved), and strives to eclipse his more dominant reputation as an unabashed lech whose interpretation of sexual equality was, as Gloria Steinem once observed, to make more women sexually available to more men.

Much has already been written about this year being the 50th anniversary of the birth control pill - which some might argue may have played a slightly more positive role in releasing women from outdated mores (not to mention biological destiny) than Mr. Hefner's airbrushed skin mag. But 2010 marks another related and equally significant anniversary.

Fifty years ago saw the rebirth of the movement for women's equality. In the wake of the earlier suffragist victories that won women the right to vote, '60s era activists were labelled the "second wave." And what a wave it's been. Because women rose up, organized, marched and lobbied half a century ago, many of us now take for granted the existence of rape crisis centres, battered women's shelters and reproductive choice. So-called second-wavers put a name to sexual harassment, opened doors for women in non-traditional fields, and insisted that women not only be paid more but actually permitted to keep their (still underpaid) jobs after bearing children, too.

These days, with more women graduating from North American universities than men and our economy increasingly dependent on female labour, it's hard to think of a corner of contemporary life not affected by the women's movement. And the changes have demonstrably benefited not just women but our entire society. As a growing body of research makes clear, when women experience genuine equality of opportunity - in education and employment, in personal safety and control over their own welfare - the quality of living improves for everyone.

Now second-wavers are taking a page from Churchill's book - and that of their predecessors - to write the history of their movement themselves. A group of women, including one of Canada's most respected legal historians, Constance Backhouse, has launched the Feminist History Society (www.feministhistories.ca), an initiative aiming to publish a series of books on who did what, when, why and how, during the past 50 years of activism. Their inspiration comes, in turn, from a six-volume series compiled by Susan B. Anthony and other American suffrage leaders that documented the gains made for women in the 19th century.

Books planned for the new series include a biography of retired Supreme Court justice Claire L'Heureux-Dubé by Prof. Backhouse herself, an analysis of pivotal events chronicled in past columns by long-time journalist Michele Landsberg, and histories of several influential women's organizations. The first volume, however, is a collection of personal essays by more than 90 second-wavers reflecting on the systems and circumstances that provoked them to join the women's movement.

When it's released next month, it's unlikely to generate a fraction of the media attention being accorded the documentary about the octogenarian playboy. But 50 years from now, I'm betting it and the rest of the series will have a lot more relevance and import than either Mr. Hefner's fading business empire or Winston Churchill's false teeth.

Shari Graydon is an author and the catalyst of Informed Opinions, an initiative to bridge the gender gap in public discourse. 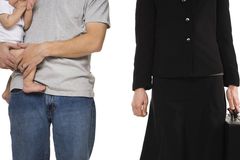 Opinion
Matter. Of. Fact. If only government decisions were …
September 13, 2010 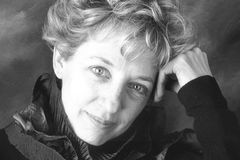 Opinion
'Disordered eating' is still a beauty of a problem
March 30, 2010 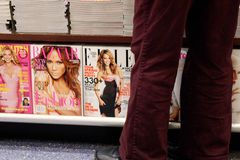