How much income would most of us consider enough for our retirement? Canadian finance ministers will implicitly give us their answer when they define a "modest Canada Pension Plan expansion" at their next meeting in June of 2013.

Canadians might be surprised to learn that more than half of middle-income Canadians in their mid-40s today – with before-tax incomes between $35,000 and $80,000 – can expect a drop of at least 25 per cent in their post-retirement consumable income, according to a recent study I conducted for the Institute for Research on Public Policy.

Should this be a concern? How much do we really need for retirement?

Economists have a ready answer in theory: We generally try to arrange affairs so that our consumption stays level over our lifetime. While many practical realities come between textbook theory and the real world, the idea of smoothing out consumption opportunities between working years and retirement years is widely accepted.

For those with low incomes during their working years, though, avoiding poverty in old age is the main criterion for retirement income adequacy. And Canada has led the world, with its Old Age Security (OAS) and Guaranteed Income Supplement (GIS) programs, where seniors have received incomes for decades that kept them just above Statistics Canada's low income line.

But if OAS and GIS were the only source of income after retirement, those who had middle- and upper-level incomes during their working years would face a major drop in their living standards when they retired. This is where the second criterion for retirement income adequacy kicks in – "continuity of consumption." A post-retirement income is adequate in this sense when (after-tax, after saving and dis-saving) it allows levels of consumption to continue post-retirement even though we've lost our income from working.

This principle has been central to the design of private pensions, and the advice wealthy individuals get from their financial planners. It was also well understood by the framers of the CPP when it was introduced in 1966.

The CPP, and the parallel Quebec Pension Plan, were not designed, though, to provide full continuity of consumption for everyone. They were introduced simultaneously with the GIS; the OAS and increasingly generous RRSP tax incentives were already there; many employers already offered company pension plans; a substantial majority of Canadians reached 65 owning their own homes, usually free of mortgage; and the wealthy were expected to look after themselves.

The trouble is, we've known for decades that this collection of programs and individual initiatives has not been working well for many middle-income Canadians.

During the "great pension debate," the federal government's 1982 Green Paper on pension reform gave detailed estimates showing that anywhere between 20 per cent and 50 per cent of Canadians would fail to achieve full continuity of consumption, depending on whether one was talking about a five percentage or a 25 percentage point drop. The business community even arranged for a leading private-sector actuary to audit the complex underlying analysis; no flaws were found.

But the CPP has not been enlarged and workplace pension plans have shrunk, though RRSP contribution limits have been greatly expanded. Yet, as noted, the drop in consumption now projected after retirement is even greater.

There are many crucial judgments involved in determining whether a specific proposal for enlarging the CPP, with its projected effects on future retirement incomes, is "modest" or mere tokenism. For example, should Canadians be expected to sell their houses to finance their retirement? Is it okay to face a 10-per-cent decline in consumption after retirement; what about a 40-per-cent drop?

So far, finance ministers have published nothing of their officials' analyses, let alone follow the example of the 1982 Green Paper where an actuary was allowed to peer-review the analysis. This lack of government transparency means Canadians are left in the dark – not only on the general outlines of the "modest CPP expansion" being discussed but also, more fundamentally, the underlying judgments as to what an adequate retirement income means.

Michael Wolfson is an adviser with EvidenceNetwork.ca, and Canada Research Chair in population health modelling/populomics at the University of Ottawa. He is a former assistant chief statistician at Statistics Canada, and has a PhD in economics from Cambridge. 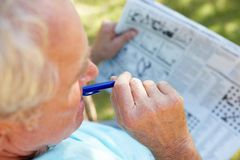 The provinces have a role to play in strengthening pension coverage
December 30, 2012 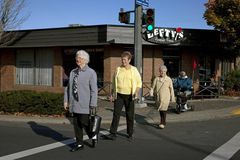