Peter Singer is professor of bioethics at Princeton University and a laureate professor at the University of Melbourne. His books include Animal Liberation, Practical Ethics, The Most Good You Can Do, and, most recently, Famine, Affluence and Morality.

Last summer, a cabbage white butterfly laid its eggs on an arugula I was growing. Before long, the plant was swarming with green caterpillars, well disguised against the green leaves. I had other arugula plants, some distance away, that would give me plenty of leaves for our salads, and I didn't want to use an insecticide, so I just left the caterpillars alone. Soon, every leaf was eaten down to the stalk. With nothing left to eat, the caterpillars, not ready to begin the next stage of their life cycle, all starved to death.

I had just been shown in microcosm something I had long accepted intellectually: Evolution is an impersonal natural process that has no regard for the well-being of the individual creatures it has produced. How, I sometimes wonder, can theists reconcile the world they observe with the belief that the world has been created by a being who is omniscient – and therefore saw that all this would happen – and yet is also good and worthy of being worshipped?

Christians have traditionally explained human suffering as the result of Adam's original sin, which we have all supposedly inherited. But caterpillars are not descended from Adam. René Descartes's solution to that problem was to deny that animals were capable of feeling pain. When it comes to dogs or horses, however, few people could accept Descartes's view, even in his own time. Today, scientific investigations of the anatomy, physiology and behaviour of mammals and birds count against it. But can't we at least hope that caterpillars are incapable of feeling pain?

Scientists used to describe insects as not having a central brain. Rather, it was said, independent ganglia controlled different segments of the insect's body. If this were the case, it would be difficult to imagine how insects could be conscious.

But a recent article in the Proceedings of the National Academy of Sciences rejects this model. Macquarie University's Andrew Barron, a cognitive scientist, and Colin Klein, a philosopher, argue that subjective experience could be more widespread in the animal kingdom – and older, in evolutionary terms – than we realize.

Subjective experience is the most basic form of consciousness. If a being is capable of having subjective experiences, then there is something that it is like to be that being; and this "something" could include having pleasant or painful experiences. In contrast, a driverless car has detectors capable of sensing obstacles that could collide with it and of taking action to avoid such collisions, but there is nothing that it is like to be that car.

Insects have a central ganglion that, like a mammalian midbrain, is involved in processing sensory information, selecting targets and directing action. It may also provide a capacity for subjective experience.

Insects are a very large and diverse category of beings. Honeybees have about a million neurons, which isn't many compared with our roughly 20 billion, let alone the 37 billion recently found in the neocortex of a pilot whale. But it is still enough to be capable of performing and interpreting the famous "waggle dance" that conveys information about the direction and distance of flowers, water, or potential nest sites. Caterpillars, as far as we know, have no such abilities. But they may still be conscious enough to suffer as they starve.

What about plants? That's a question that often comes up when I suggest that we should stop eating animals because they can feel pain. Remarkable capacities are regularly claimed for plants, but so far none of the observations that would require us to accept that they have subjective experiences have been replicable in proper experimental conditions. Dr. Barron and Dr. Klein say that plants have no structures that allow for awareness. The same is true of simple animals, such as jellyfish or roundworms; on the other hand, crustaceans and spiders, like insects, do have such structures.

If insects have subjective experiences, there is much more consciousness in the world than we may have thought, because there are, according to an estimate from the Smithsonian Institution, some 10 quintillion (10,000,000,000,000,000,000) individual insects alive at any one time.

How we are to think about that depends on what we believe their subjective experiences could be like and here the comparative structures don't tell us much. Perhaps the caterpillars gained so much pleasure from feasting on my arugula that their lives were worth living, despite their miserable deaths.

But the opposite is at least equally probable. With species that reproduce so prolifically, many of their offspring will starve from the moment they are hatched.

In the West, we tend to smile at Jain monks who sweep ants from their paths to avoid treading on them. We should, instead, admire the monks for carrying compassion to its logical conclusion.

That does not mean that we should launch a campaign for insect rights. We still do not know enough about insect subjective experiences to do that; and, in any case, the world is far from being ready to take such a campaign seriously. We need first to complete the extension of serious consideration to the interests of vertebrate animals, about whose capacity for suffering there is much less doubt.

Opinion
As machines become smarter, can they also become ethical?
May 16, 2018 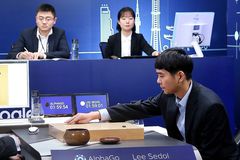 Opinion
How the cow who got away steers our understanding
May 16, 2018 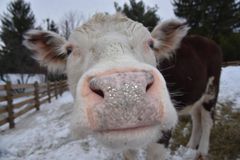