The term "vote suppression" is a euphemism. When a member or members of a political party run an operation to prevent citizens from voting for another party, it's tantamount to trying to fix an election result. It's attempted vote-rigging.

For corrupt political acts, you can't get much worse. It's certainly more egregious than abusing housing allowances or misusing government planes, the kinds of allegations that have brought down some prominent politicians lately.

Last week, former Conservative staffer Michael Sona was convicted of trying to prevent voters from reaching the polls in the riding of Guelph during the 2011 federal election campaign. The trial judge, Superior Court Justice Gary Hearn, said "the evidence indicates he did not act alone."

So who else was there? Was the operation carried out with the knowledge or input of any of Prime Minister Stephen Harper's top lieutenants? Will we ever find out?

Mr. Sona, with whom I have had several conversations, did not testify at his own trial. But he is considering whether to come forward in coming weeks or months with what he knows about the whole sordid business. If it's true that others were involved, he should name them.

Sentencing is scheduled for October. Mr. Sona claims he is innocent – he's considering an appeal – and has no intention of issuing a public apology in a bid for more lenient sentencing.

Last year's federal court ruling on robocalls was consistent with the notion that others were involved. Justice Richard Mosley found that suppression operations were widespread in the 2011 campaign, involving several ridings, and that the Conservative Party's database was the likely source. He didn't find the incidence heavy enough to warrant annulling any results, but the attempts were made.

The Prime Minister's Office has stuck to the line that the Conservatives ran a clean and ethical campaign, and that the party had no knowledge of vote suppression activities.

But how credible is that? We have one Tory operative convicted, a judge saying that he likely didn't act alone, and another ruling that there was a broader operation. We have a party that got caught staging a deceptive phone campaign against Liberal MP Irwin Cotler, an act that the Conservative Speaker of the Commons called "reprehensible." We have a party that first denied, then admitted involvement in a deceptive robocalls campaign involving a Saskatchewan riding redistribution dispute. A Conservative MP pointed the finger at senior party organizer Jenni Byrne, now the Prime Minister's deputy chief of staff. We have a party that pleaded guilty in 2011 to Elections Act charges relating to exceeding spending limits in the so-called "in and out" affair from the 2006 campaign.

Since the Sona ruling, there have been calls for Elections Canada to reopen its investigation into vote suppression. The agency halted its work early this year, saying it couldn't determine who was behind the calls and concluding that it could find no evidence of a national conspiracy to deceive voters.

Critics complained that the agency, under the cautious management of commissioner Yves Côté, ran a lacklustre probe in which only a small percentage of complaints from the 2011 campaign were investigated. Mr. Côté has complained he is handicapped because the agency lacks the legal authority to compel witness testimony.

Even with the Sona ruling, it's highly improbable that Elections Canada will reopen the investigation. Unless Mr. Sona comes forward with dramatic disclosures, the greater likelihood is that the story of alleged vote-rigging will go away – to the Conservatives' immense relief. 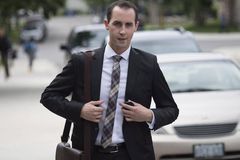 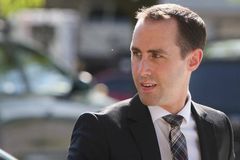 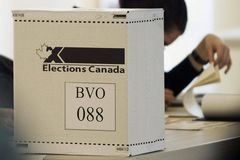