Storytellers, gatekeepers and predators. Apparently many powerful Hollywood men are all three. To look at the names and influence of those accused of sexual misconduct in the film industry in the past few weeks is to realize how many stories we believed were lies, constructed to ballast dirty glass castles.

First comes disgraced film exec Harvey Weinstein, the Oscar-winning producer of dozens of films, as well as his brother Bob, whose protestations that he didn't really know what Harvey was up to don't hold much water.

I could fill the rest of this column with a list of names of storytellers and gatekeepers also accused of being predators, like Louis C.K., Ben and Casey Affleck and Bill Cosby, like James Toback, Woody Allen, and Roman Polanski, superstar agent Adam Venit, former Today Show star Matt Lauer, plus Kevin Spacey, Roy Price, Jeremy Piven and Brett Ratner … I'll stop, because there's more to say.

This week, #AfterMeToo, a collective of women in the film industry fighting sexual misconduct, partnered with The Globe to hold a series of roundtable discussions. I spoke with a group of five performers, all of whom had experienced sexual misconduct at work, and none of whom had reported it to police. Some hadn't reported their experiences at all; others had talked to their union and left disappointed.

All had smart, concrete ideas of how to treat survivors better in the future. They also had thoughts about how to prevent harassment and assault entirely – including changing the very stories that are told.

One panelist was actor P.J. Lazic, who coaches young performers and is sick of agents and auditions compelling girls and women to be "more sexy," never mind the role. He's also sick of boys and men always forced to be tough – a character stereotype he thinks bleeds into real life for male survivors like him, since he didn't think the abuse he experienced was worth talking about for years.

Mohawk actor Kawennáhere Devery Jacobs also didn't report what happened to her, in part because of responsibility to her community. Everyone at the table feared blacklisting and bad reputations, and Ms. Jacobs didn't want to further reduce the few roles available to Indigenous people.

Listening to their experiences, I saw that the long, long list of alleged perpetrators hadn't just hurt individual women. It hurt every person who turns to stories to figure out what the world is, and how to be. Since its inception, those who ran the American film industry decreed that the stories that matter are about sexy women and tough men.

Anyone who didn't fit that mould or tried to protest was told, or forced, to be quiet. Until now.

We're actually nowhere near "after" #MeToo, the hashtag over which survivors have bonded worldwide. This is just one remarkable moment in a long endurance test against abuse, one marked with the very disparities it's fighting. As African-American actress Gabrielle Union pointed out in the New York Times, only a specific type of woman was able to make everyone confront a very open secret.

"I think the floodgates have opened for white women," she said. "If they hadn't been people who have had access to parts and roles and true inclusion in Hollywood, would we have believed?"

It's good that the reverberations have moved beyond film into other industries, including restaurants and legislatures. They have yet to really shake the places where the most vulnerable exist, to show what it means to be a maid, a sex worker, undocumented or homeless. There's a lot left to do.

I do take heart that as predators are falling, so many excellent storytellers are poised to take their place. This landslide coincides with a half-decade of successful female-driven narratives, kicked off by The Hunger Games and now evident everywhere from silly fare like Girls Trip to creepy futurism like The Handmaid's Tale.

The names of racialized, female, queer and otherwise marginalized people now getting access to big and small screens also form a nice, long list. No one player is perfect – except perhaps Ava DuVernay, the genius director who can handle both a tough documentary like 13th and the fantastical upcoming film A Wrinkle in Time – but critical mass is swelling.

Advocates are often criticized for having complaints without solutions, but it's hard to imagine a world without misogyny and violence when we live on earth as it exists now. These ills are so pervasive that surmounting them requires a high, steep climb, and no one knows what's on the other side.

Perhaps it's fitting that the film industry lead the way – we're ready for stories that show us who we really are and who we could eventually be. 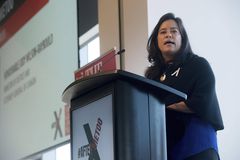 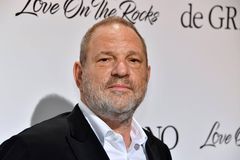